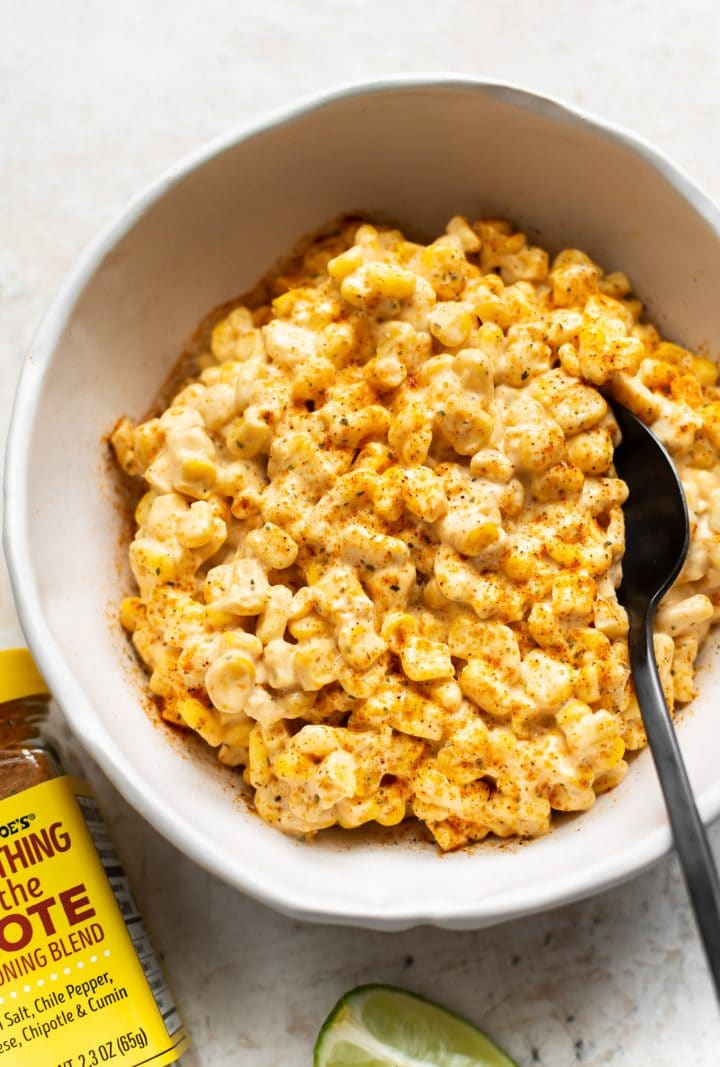 This post is NOT sponsored by Trader Joe's. I like to visit TJ's whenever I'm in the States. I wish I had one near me because they are my favorite grocery store. I thought it would be fun to create a recipe for those who are wondering what to make with Everything But The Elote Seasoning.

If you're not familiar with elote, it's Mexican Street Corn. Traditionally, it's served on the cob. It's grilled corn slathered in a zesty Mexican crema and/or mayo sauce and then rolled in cotija cheese. This version is off the cob for a yummy and easy to eat side dish.

As soon as I noticed that TJ's came out with this seasoning, I knew I had to try it. I decided to pick some up when I was last in Arizona. Sadly, the Trader Joe's that I frequent was all sold out. I told my friend Isabel (who runs the Tasty AZ blog and Instagram account if you're looking for great eats in the Phoenix area), and she was super sweet and called different locations until she found some. We stopped by TJ's on our way to dinner, and I finally had the seasoning in my hands. 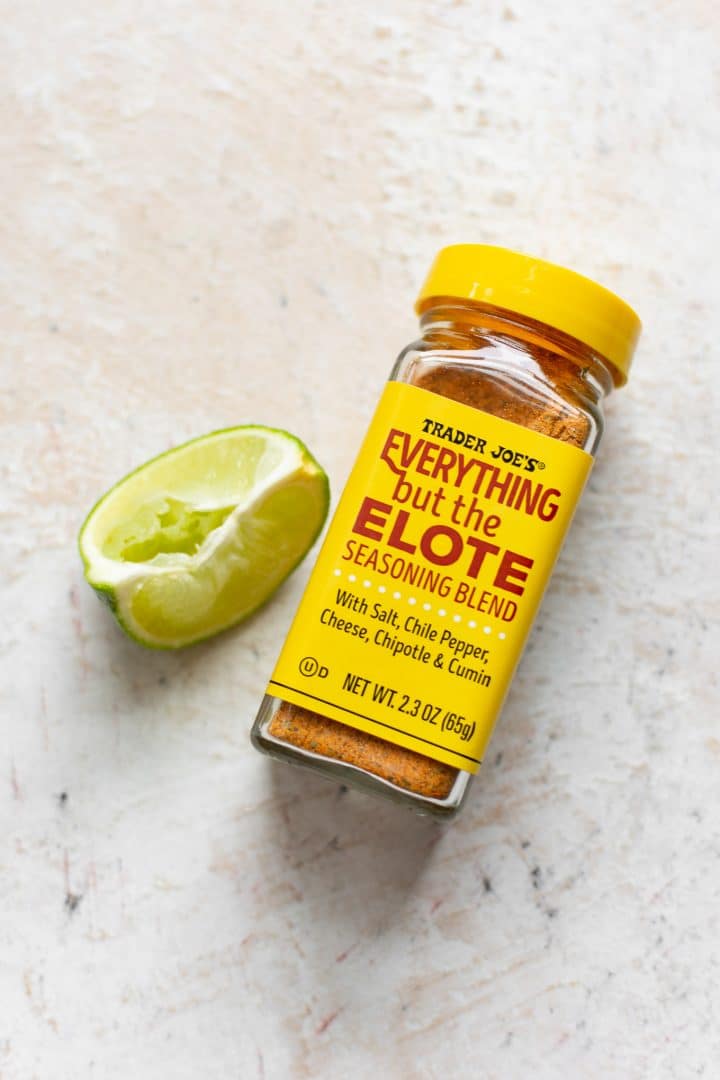 So, if you've got some of this tasty seasoning and you need a recipe for it, may I suggested this cream cheese corn recipe. I kept it super simple using canned corn, but you can definitely grill up some corn and cut it off the cob - it'll taste even better. I skipped the cheese since cotija cheese is next to impossible to find here, but if you can get some, I highly recommend adding it. Or use parmesan if you're in a pinch. It's easy to dress this recipe up if you've got the ingredients.

What is Everything But The Elote Seasoning?

It's a spice blend that was invented by Trader Joe's (an American grocery store chain). It's flavored with chile pepper, cheese, chipotle powder, cumin, dried cilantro, cane sugar, salt, and it is delicious.

I don't have a homemade version of the elote seasoning (I know not everyone has access to a Trader Joe's), but you could definitely play with some of the ingredients to make your own similar version if you happen to have them on hand. There's a whole variety of suggestions out there on what spices you can use on homemade elote... it does not have to be complicated. Some suggestions include a combo of  garlic powder, chili powder, chipotle chili pepper, and even smoked paprika.

You may also like my Mexican Street Corn Pasta Salad or this recipe for my Easy Creamed Corn. Or, you may be interested in a similar recipe to this side dish that's done in the electric pressure cooker (Creamy Instant Pot Elote). 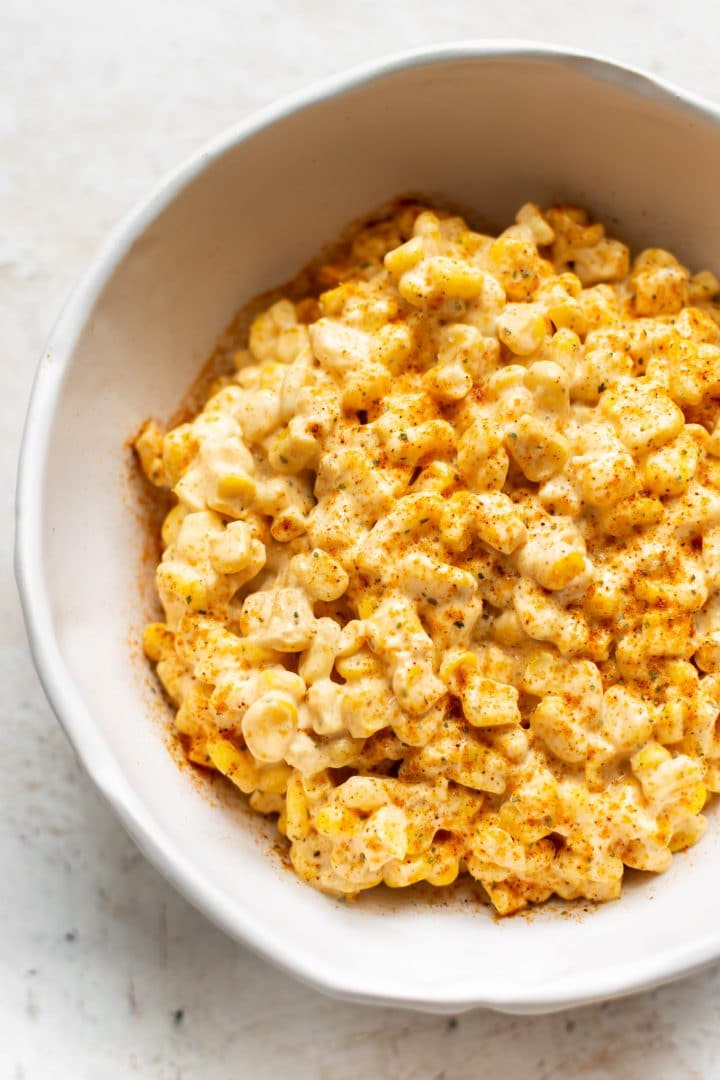 Do you love Trader Joe's as much as I do? What have you made with their elote seasoning?

I hope you will enjoy this easy elote creamed corn recipe. 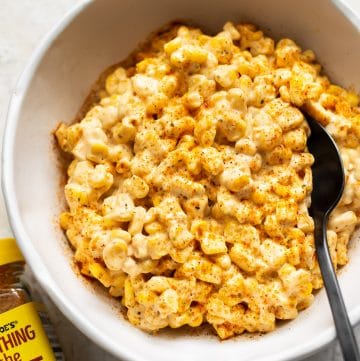