Enjoy these beer oven fries as a healthier alternative to deep frying. The beer soak prepares the potatoes so they're crispy on the outside and soft and fluffy on the inside. 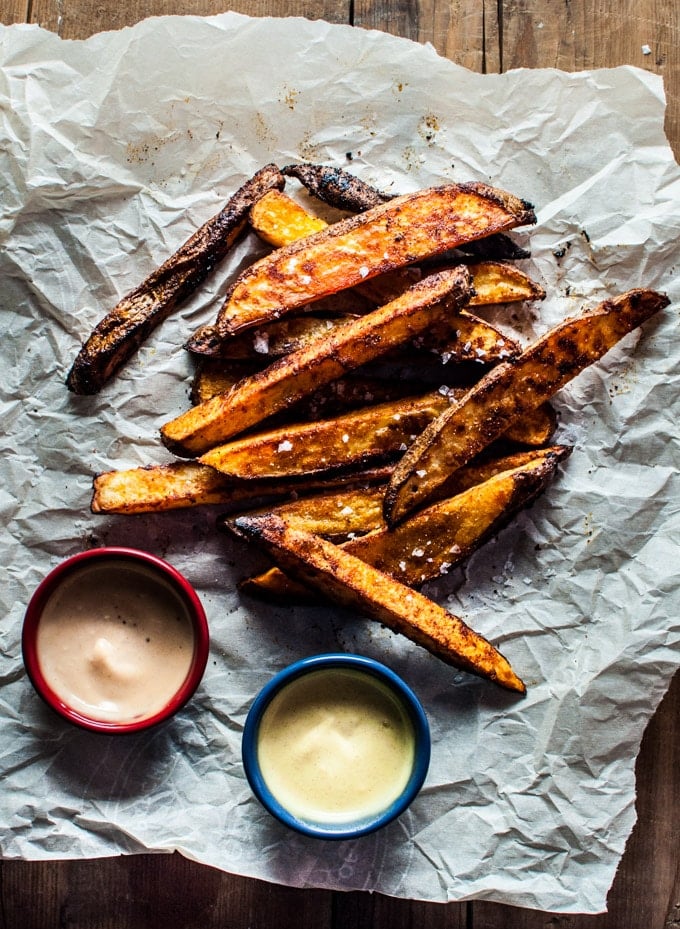 I'll be honest here. There are a few things that I've never really been tempted to make at home. Fries are one of them. You can get fries practically everywhere, they don't cost much, and you don't have to lift a finger.

I don't own a deep fryer, and baking fries always seemed to me like a waste of time that would produce a cheap knock-off. That is until I stumbled on the concept of beer soaked oven fries. Several food blogs have covered them, so I was tempted to see what all the fuss was about.

I experimented with my own seasonings (hello smoked paprika!) and beer soaking time and produced a good result. I have to confess that I did a quick job of slicing the potatoes so they weren't perfectly even, but it wasn't a big deal. I probably enjoy the almost burned crispy smaller pieces more than I should 🙂

I still think that the best fries in the world are deep fried, but all the grease definitely leaves something to be desired. I rather enjoyed these beer oven fries, especially with the two ways I served them. I used russet (baking) potatoes, but I also threw in a red potato to see how they would taste. I think they both work but I prefer the taste/texture of the russets.

The first way: with two quick dipping sauces. One dip is the same one I use for my fried chicken tenders, and the second one is a Dijon honey mustard. Both are super simple to make with ingredients you probably already have on hand and really complement the fries.

The second way: topped with sour cream, chopped tomatoes, and chives. This brings me back to my university days where I used to indulge on campus at the NY Fries (a Canadian fast food restaurant). I used to get their veggie fries (without cheese), and that's what they were topped with if I recall properly 🙂

The fries are generously seasoned before they're baked, but I added some lovely Maldon salt on top after they were finished baking. 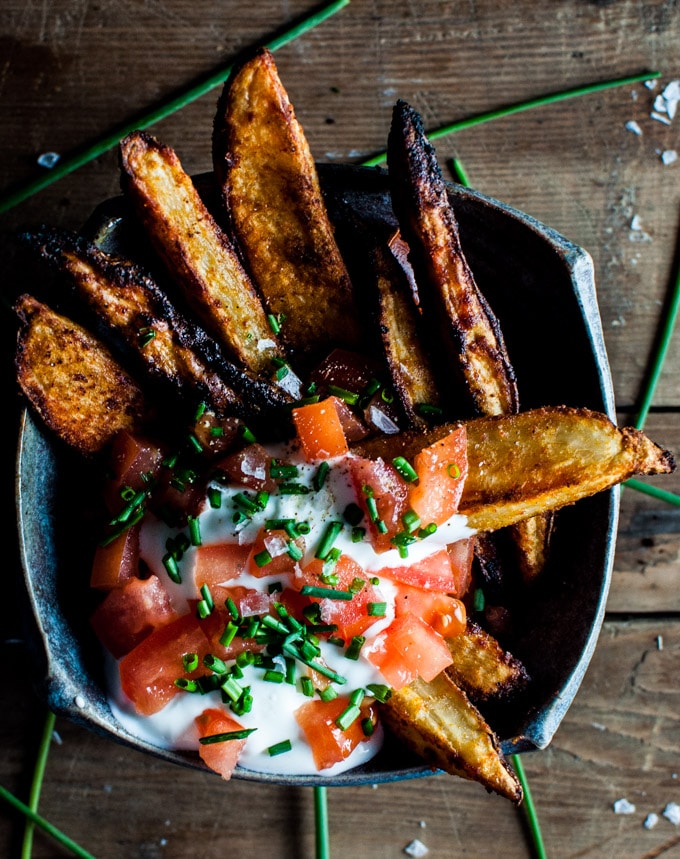 Will you try making these beer oven fries? 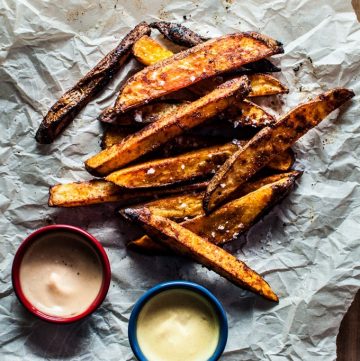