These garlic and lemon smashed potatoes are a fresh and flavorful side dish or party finger food. Replacing sour cream with Greek yogurt also makes these healthier! 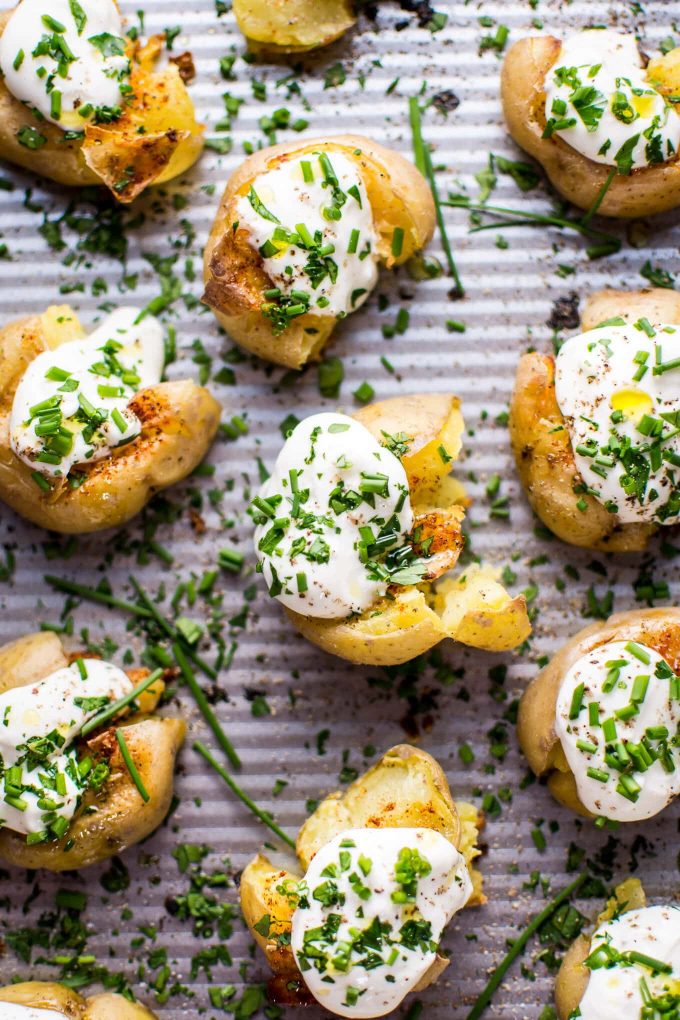 I've never made smashed potatoes before, so I thought I'd give them a chance. I always thought it seemed kinda mean to smash potatoes.

Like what did they do to deserve that? I often roast potatoes, though. These are first boiled, then you smoosh, apologize, and bake 'em. 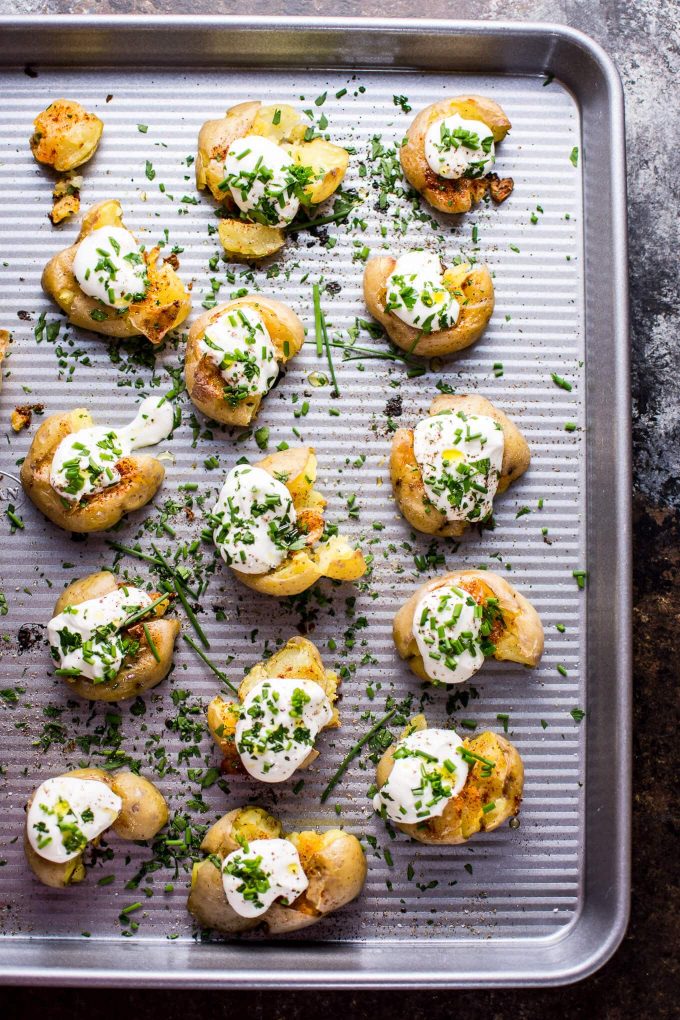 I used little potatoes for this recipe, but normal-sized potatoes would work as well... you'd just need to cook them for longer. I like little potatoes because they're pretty fast cooking, are reliably tasty throughout the year, and they're nicely bite-sized.

After you boil them, you (carefully) smash them down with a fork, squeeze on some lemon juice, sprinkle them with delights (smoked paprika, garlic powder, salt & pepper), drizzle them with a bit of olive oil, and then bake them for 20-25 minutes. The insides are nice and fluffy, while the skin and outsides are a bit crispy. 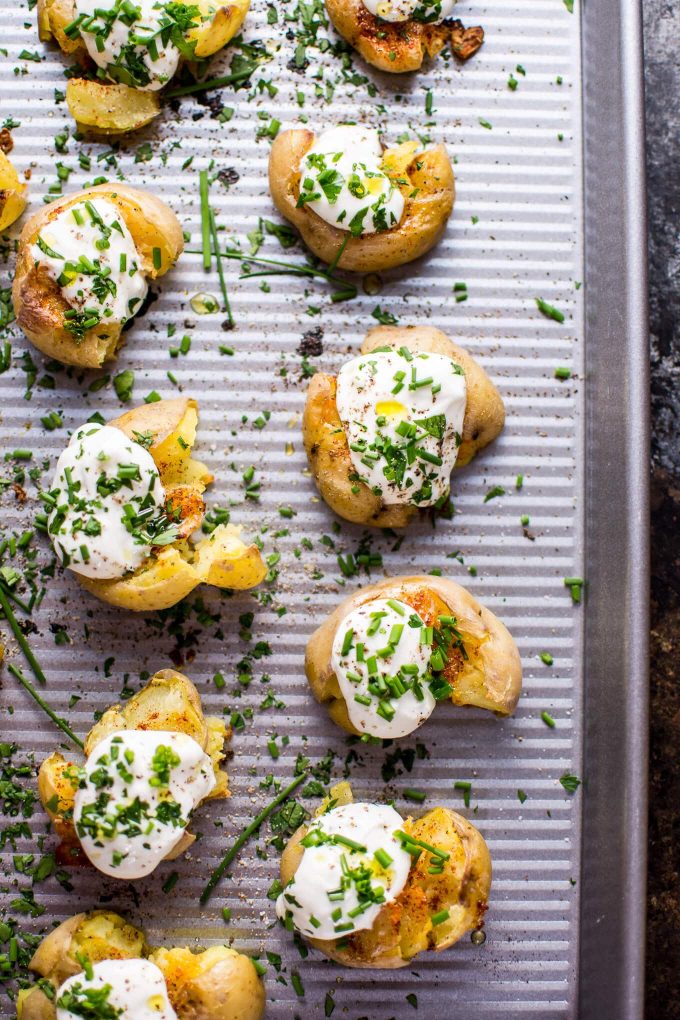 When they're done, you top them with fabulously garlicky Greek yogurt, chives, fresh parsley, and another drizzle of olive oil.

It won't be long before these are all gobbled up. 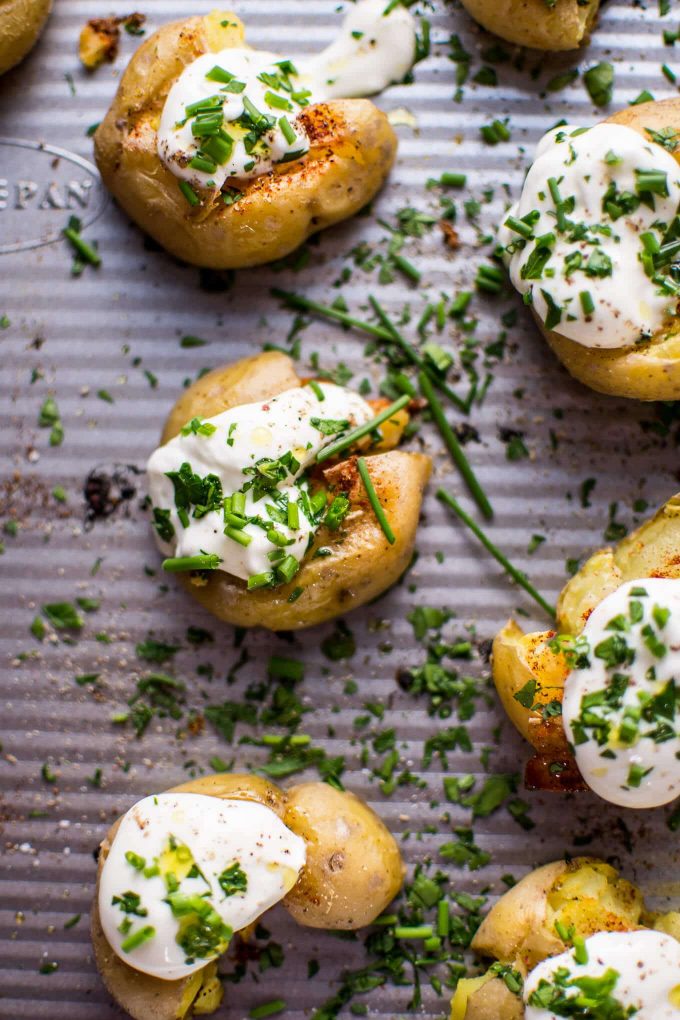 Do you like smashed potatoes, or do you find the practice barbaric?

I hope you give these garlic smashed potatoes a try! 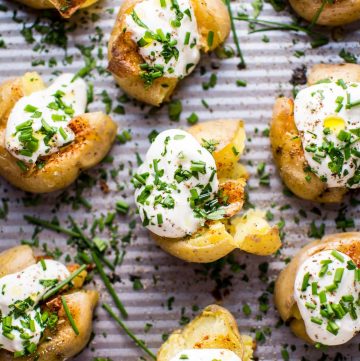