This grapefruit brûlée breakfast bowl is a pretty and refreshing breakfast or brunch idea. 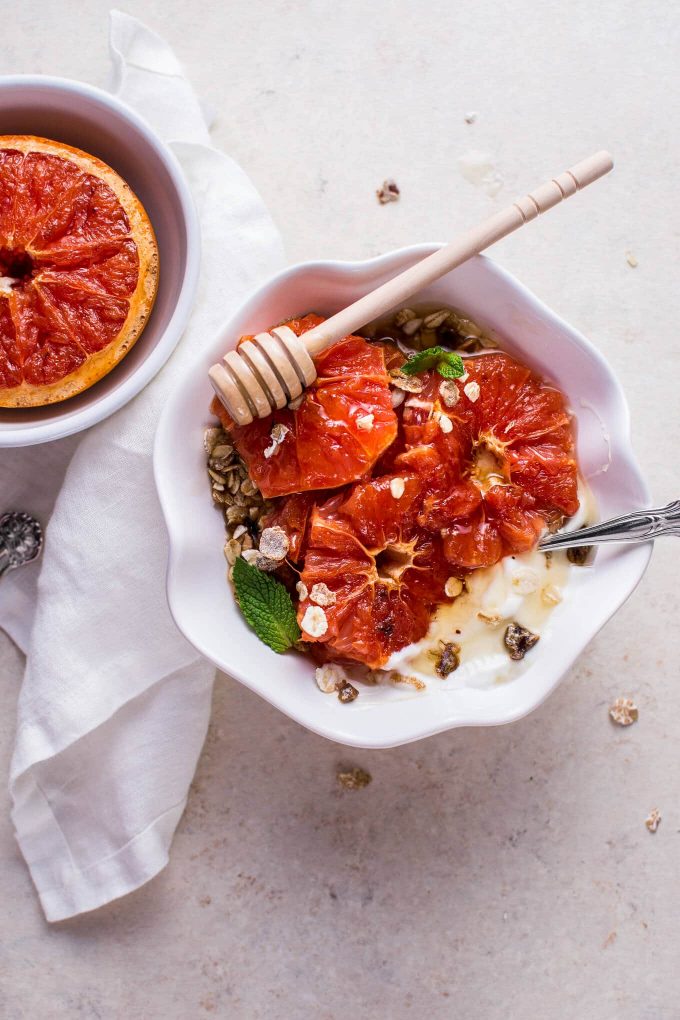 I debated whether I should put this recipe up on here or not because it's so simple. My husband said that's a silly reason because who in their right mind wants to spend 4 hours making breakfast in the morning?! I agree with him on that one. So here it is!

How to  brûlée a grapefruit in the oven

You don't need a kitchen torch.

Grapefruit brûlée is basically a fancy way of saying that the top of the grapefruit is lightly caramelized because we put some sugar on top and shoved it under the broiler for a few minutes. Not quite dessert material like creme brûlée, but for breakfast it'll certainly do. 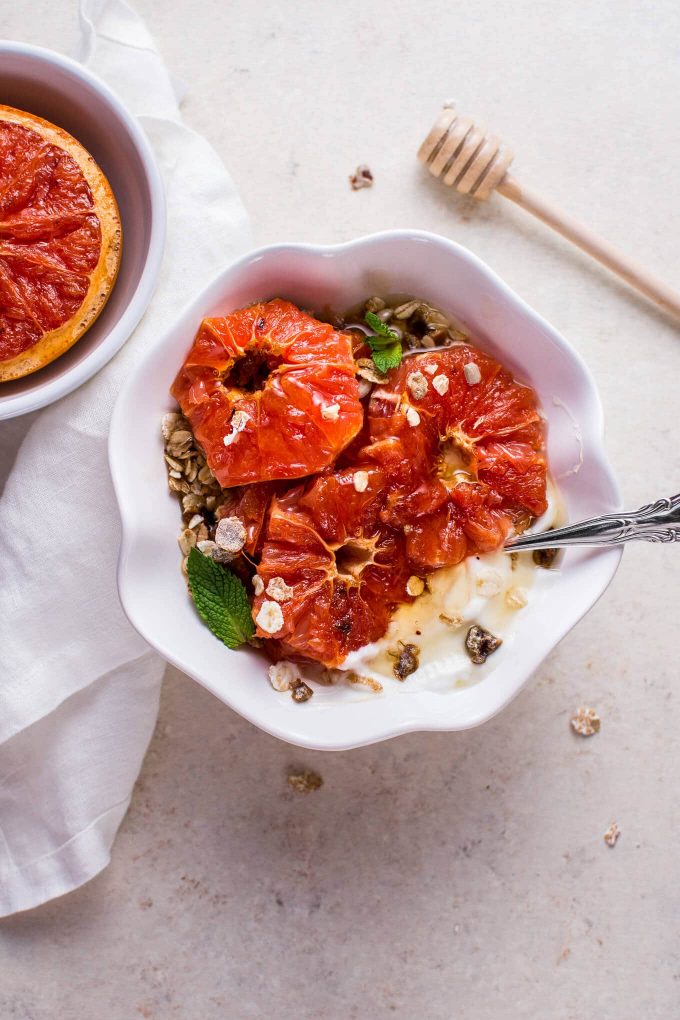 Grapefruit is a pain to eat, I find. I always squirt myself in the eye even if I use a knife to separate the segments. Since I wanted to make a breakfast bowl here, I needed to slice the grapefruit and get rid of the rind. For photo purposes, I decided to leave the grapefruit in rings, which meant I needed to cut them up into even smaller pieces prior to eating.

Not a big thing, but I suggest cutting the rings into slightly smaller pieces before you cook them, or even after you cook them (and prior to adding them to the bowl) if you don't want to use a knife and you're not trying to impress anyone with presentation.

Aside from its annoying to eat nature, I also find grapefruit to be too bitter or sour or both.

Why did I bother with a grapefruit recipe? Good question. People seem to love them and I'm not quite sure why. At least caramelizing sugar on top and drizzling the bowl with honey makes it a whole lot more appetizing in my book! And that color is top notch. 😛 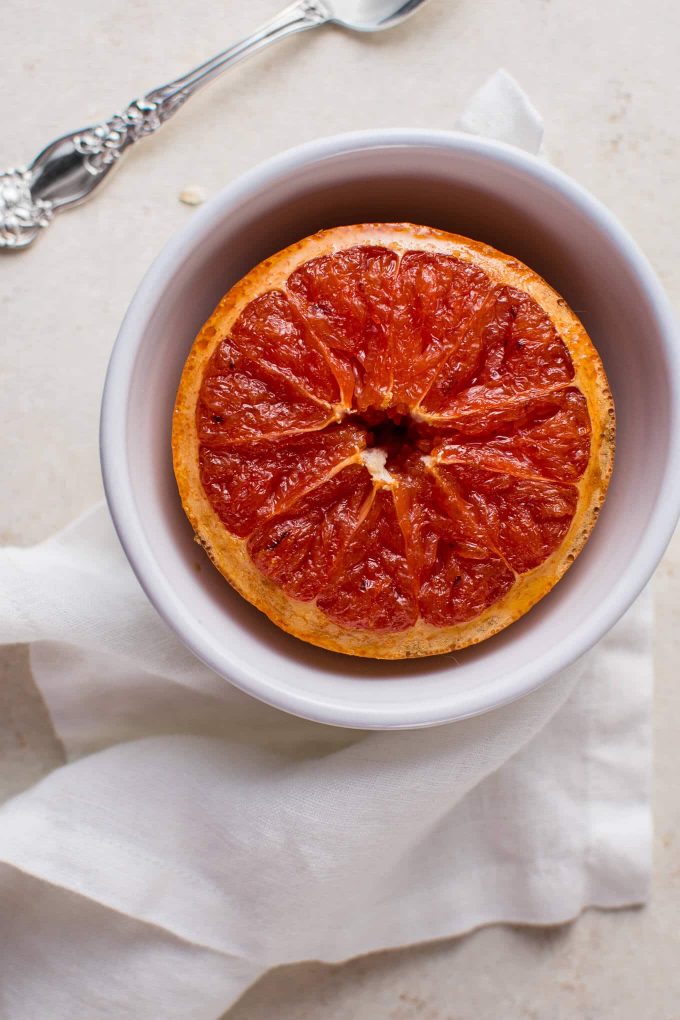 Muesli and 2% plain Greek yogurt are the two other main ingredients in this bowl. You could certainly change those up if they're not quite your cup of tea. Granola would work great as would a fruity yogurt or something else entirely if you're feeling adventurous.

Mint and grapefruit are like two peas in a pod, so if you've got some, it's a welcome addition to this bowl.

You will see that some of the sugar melts off the grapefruit onto the baking sheet (that's why we line it with foil). If you prefer, you can drizzle that on top of the bowl instead of the honey. 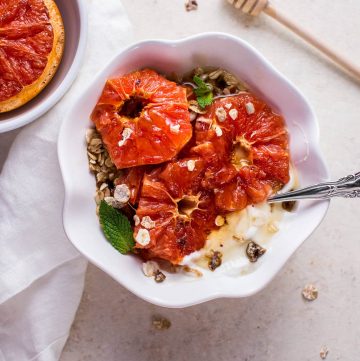 Do you like grapefruit? Would you try this grapefruit brûlée breakfast bowl? Leave me a comment below!