These grilled garlic jumbo shrimp are an impressive and flavorful dish that's a perfect appetizer for summer entertaining! 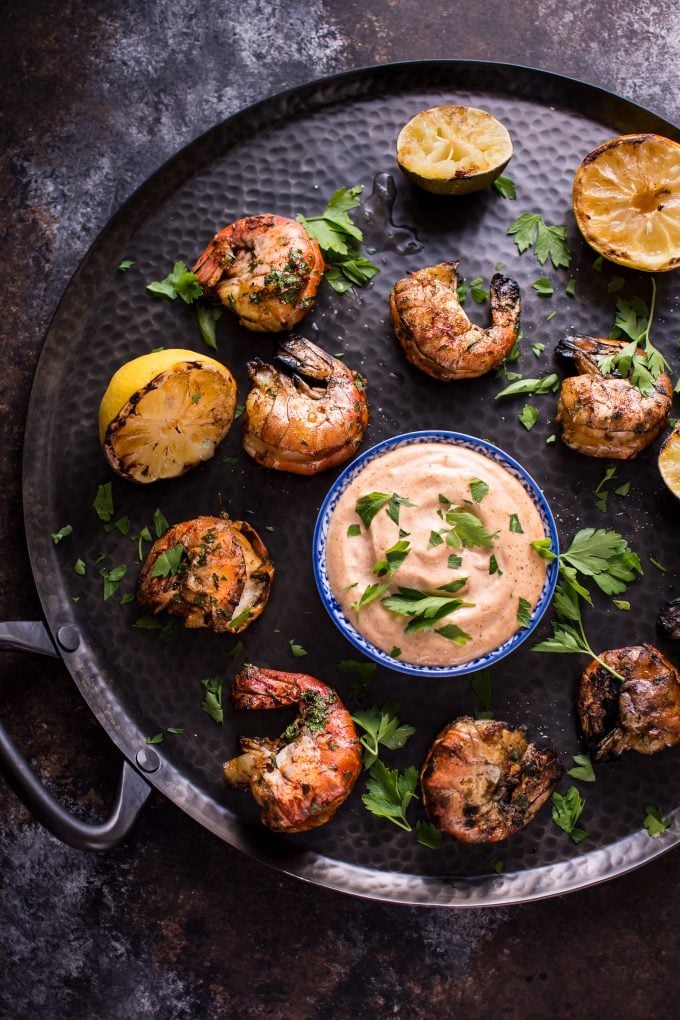 These grilled jumbo shrimp are a great alternative to cooking lobster.

No, they're not the same, but they're also much easier to deal with, more cost efficient, and they are still pretty nifty. 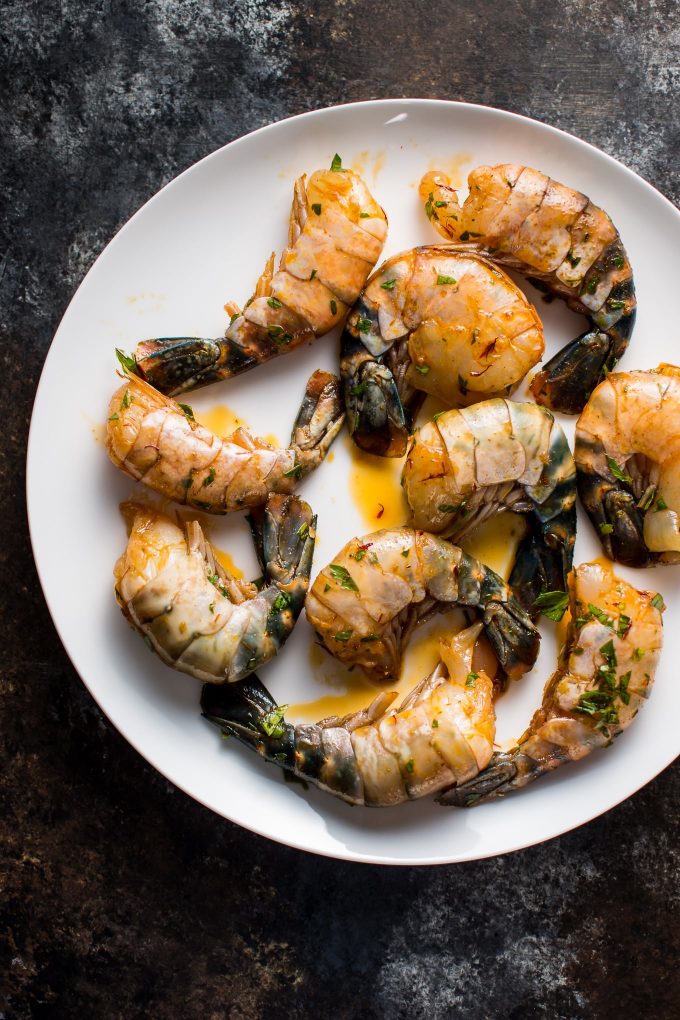 I call this an appetizer, but really you could have it as the main dish as well. I think most people would be happy to eat it regardless of when it's served. 😀

I made a tasty little dip to go with these. I also grilled up a lemon and lime. Grilling them adds an extra dimension of flavor that's totally delicious squeezed over these shrimp!

I added in a pinch of saffron, but I will say that it's optional if you don't have any. I like to keep it on-hand since you never know when you'll need it, but it is rather pricey. 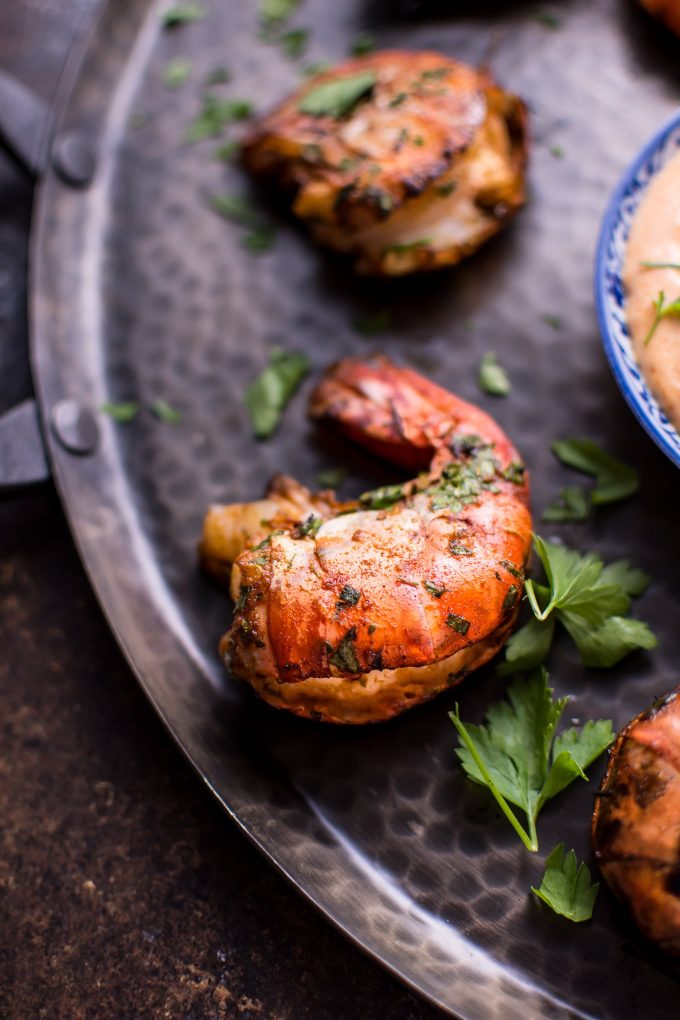 How do you prepare jumbo shrimp for grilling?

To devein these huge shrimp, the shell has to be cut along its length to expose the "vein" before you use a knife to scrape it out. It's pretty easy to do that with kitchen shears and a sharp knife. If your shrimp aren't already deveined, here's a handy little guide if you're not quite sure what to do with them when you get them home. Cutting the shell will also help the marinade soak in better. I left the shells on while cooking them.

These jumbo shrimp are large enough that you don't need to worry about skewering them. They're too large to fall through the grates. 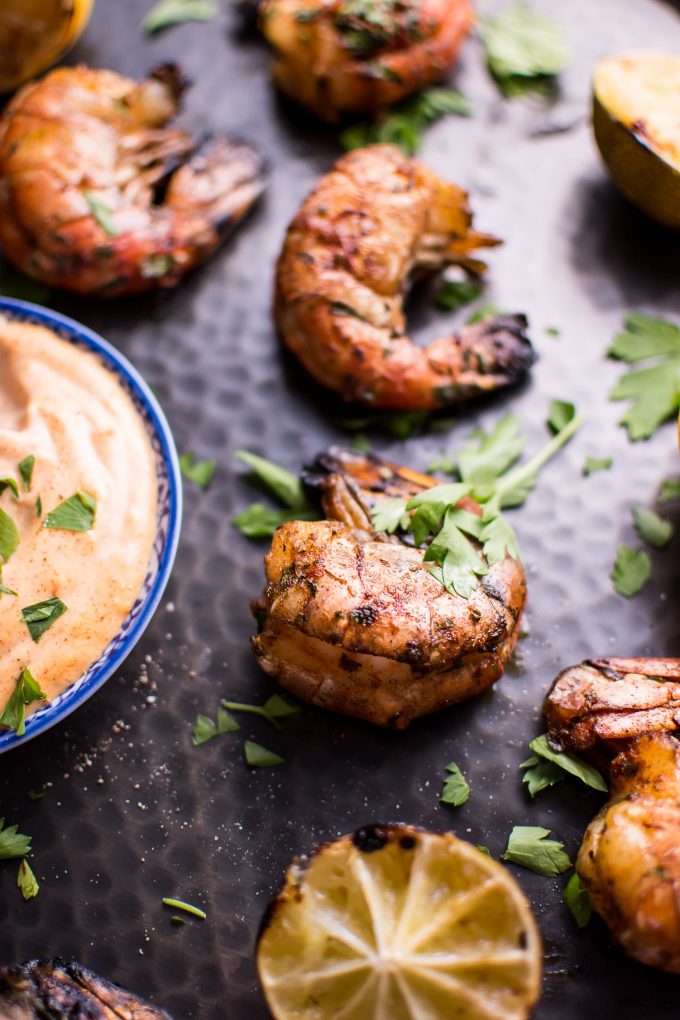 Have you ever made jumbo shrimp? I hope you'll make these the star of your next party. 😉 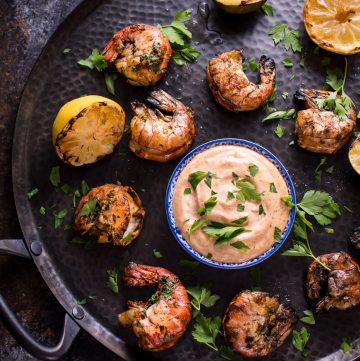