Working full-time while running a blog that goes beyond a hobby is no easy thing. I should know since I've done it for over three years! I've had people ask me (especially on Instagram) how I do it, so I decided to put together a post that explains it in more detail.

It IS possible to run a successful business while you're still at your full-time job for whatever reason. It just takes a bit of planning and some good habits. 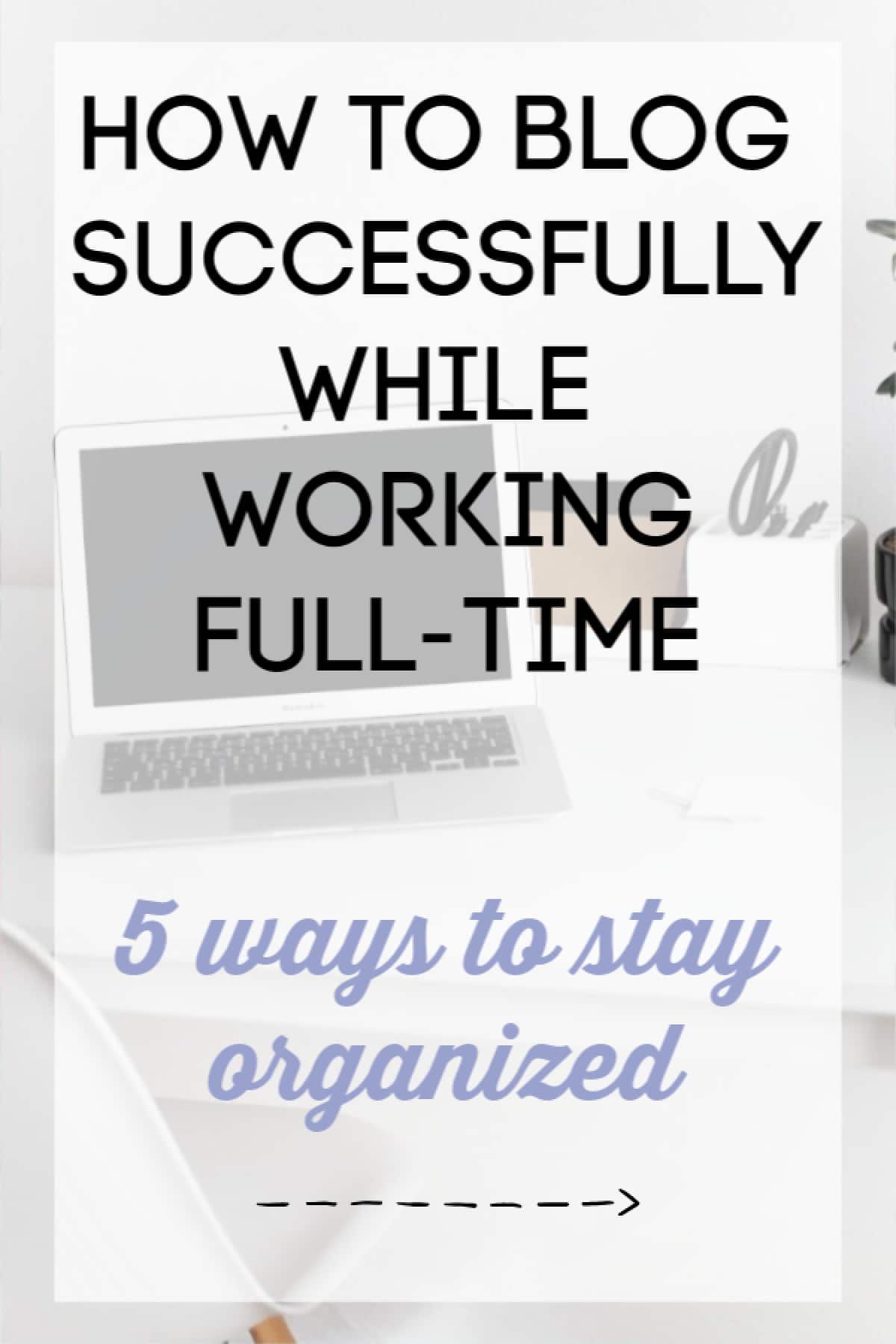 This is how I stay organized while working full-time so I don't go totally crazy and have some free time:

1. Use a system that helps you to stay organized & plan ahead.

The key word here is YOU. I've tried so many different things that were supposed to save me time or keep me organized, but in reality only caused me to waste even more time while flip-flopping between them. Paper lists, paper calendars, Google docs, an Excel spreadsheet, Word documents, other productivity apps, unopened emails I sent myself... the list goes on. Oh and I always loved the idea of using one of those super cute paper planners, but like my diaries of the 90s, I always stop using them pretty quickly.

I'd stick with one system for a while, but it never really did everything I wanted it to. I'd then half-ass it, and before long, my ideas would be scattered in a bunch of different places again. To top it off, I'd then get stressed out that I wasn't using my time-saving system properly. I'd also invest a lot of time into setting these new systems up and feel guilty about wasting that time. I encourage you to keep trying until you find a system that works for you because it really is a relief once you find something that actually helps.

After I finally realized that I am not a super structured person and will never keep track of everything I'm "supposed to" in a spreadsheet (and that it's ok!), I had one of those light bulb moments. In this type of blog, having new recipe content is my bread and butter. What that really means: that's where I need to be most organized.

These days, I simply use my phone's notes app to organize my recipe ideas. It syncs to iCloud, so when I want to work on the document in more detail, I just open it on a computer. It's really bare bones, and that's how I like it. If I have an idea in the middle of the night, I'll grab my phone and jot it down. If I'm traveling, same thing.

I gave up on the idea that I'm the type of person who will have a calendar perfectly planned out for the next six months. My system lets me stay (and plan) ahead, which is important, but it allows me flexibility, which is equally important to me. I only put posts in my blog's editorial calendar once they're well on their way to being published.

Try different systems until you can land on one that feels right to you. 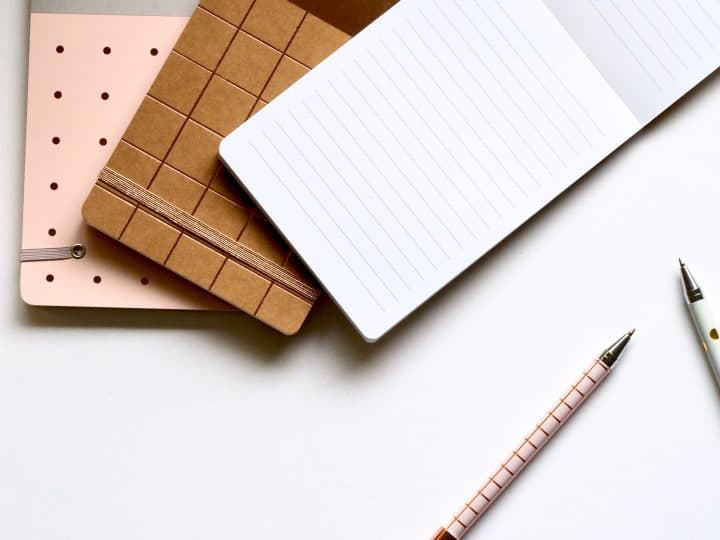 2. Prioritize and be realistic.

Do you ever feel like you've got so much on your plate that you sit around in a mild panic flipping from one open browser tab to another and don't actually accomplish anything? Happens to the best of us, and it's not productive. I'm also sometimes guilty of thinking I can accomplish more in a day than I really can.

This doesn't have to be super thought out, but I always like to keep between 1-3 main important things in mind that I want to accomplish that day. For example, weekends are for new recipes. If I can get new recipes developed, tested, and photographed, I'm happy. Do I wish I could do even more? Sure, but that's not realistic most weekends. Now, I definitely do more than 1-3 things/day (even on weekends), but it's the big things that are really going to move you along that I'm talking about.

When I'm feeling particularly overwhelmed, I ask myself what NEEDS to get done vs. what's just a "nice to get done". This sounds really simple, but to actually put it into practice can be the difference between having success (and a social life) or feeling like you're drowning in a never-ending sea of unfinished tasks. In my case, I need to publish new recipes. That's my blog's "one job". If I fall behind on promoting them, I can deal with that, but at least they're out there. I never want to go more than a few days without posting a new recipe. I aim for three new recipes/week and usually am able to get at least two out.

I am also trying to get better at the "eating the frog" thing - doing my most-hated task(s) first so I can cross it off the list and get on with my day. I really dislike writing up recipes, for example. I check and double check that I wrote the recipe up correctly (my chicken scratch writing is often a bit illegible), and it's just a task I find tiring and don't like. I always feel much better when the recipe is written up because then I can move onto the more fun tasks like adding the photos and writing the rest of the post up.

Are the tasks you're doing adding value? Think closely about which time (and soul) sucking tasks don't pay off as much as you would hope. For example, many bloggers partake in "chore" share-for-share threads where they share other's work to get a share in return. These can pay off in some ways, especially when you're a new blogger, but is the time invested really worthwhile? Some of those threads can take HOURS to fully complete. Only you can decide if it's really worthwhile. I used to spend ages commenting on other blogs. This sucked up so much time. I still comment on blogs that I genuinely want to comment on or ones that belong to my blogging BFFs, but I don't go to 50 blogs a day with generic comments hoping to get noticed. Commenting for the purpose of driving traffic isn't really a thing anymore, and I'm glad.

Can you get some help? I finally bit the bullet and hired my sister to help me with some blog tasks, and I am so glad I did. It frees up my time to focus on tasks that I really need to get done, the worry that I'm neglecting certain tasks is gone, and she does a better job on those tasks than I ever did. Yes, I waited over three years to get paid help... you may want to do it sooner. It's definitely worth looking into if you're feeling burned out and can afford it. 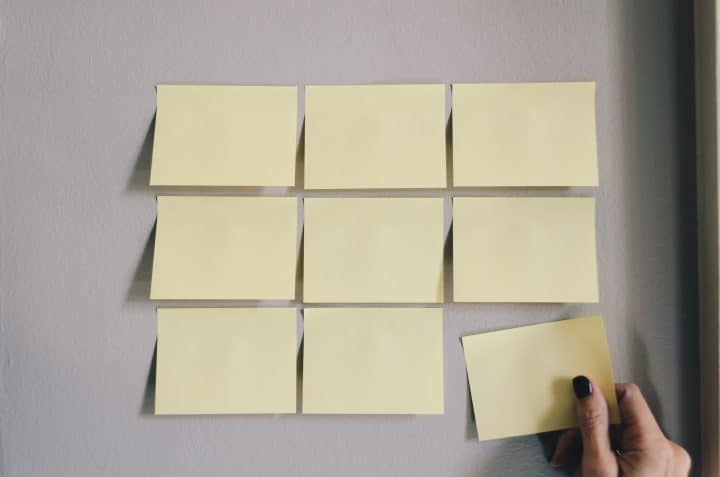 There are many things you can batch. Focusing on one task at a time generally works better than flipping from task to task. It also makes you feel like you've really accomplished something. Here's a few examples of what I do:

The typical 9-5 workday is flawed in my opinion. I don't know anyone who can actually sit at their desk all day long and do nothing but focused work. It's unrealistic to expect that anyone would. Everyone works differently, and people need breaks. When I am "in the zone", I can accomplish a LOT in a short period of time. I am pretty sure that most people are the same way.

I'll leave the debate on why physically being at your desk = being productive is still the way the work world seems to operate for another day. When it comes to maximizing time to get stuff done on my blog, I need to be good at switching gears and using my available time in the best way possible.

If you're waiting for an uninterrupted stretch of time where you can tick allll your tasks off your to-do list, you're probably procrastinating and being a little too hopeful.

I'll pop onto my phone to reply to blog comments in between meetings, for example. In the evenings, I'll edit some photos while the TV is on in the background. You get the idea. I try to break my work down into manageable tasks. 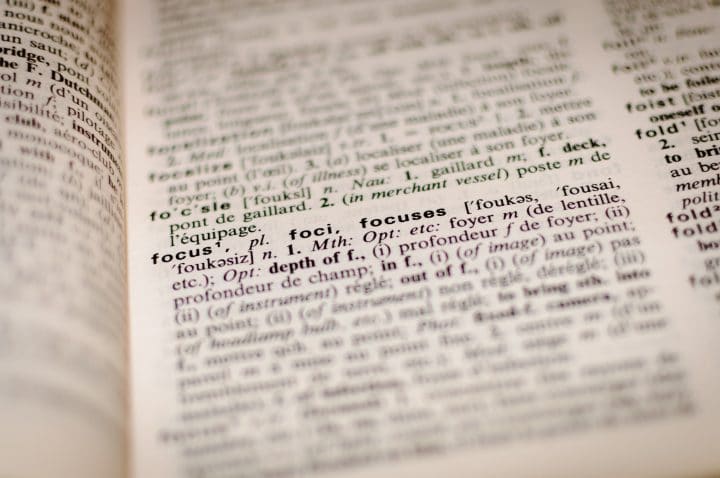 This is a huge one for me. Here's my worst example: I used to spend HOURS per day on Instagram. I now have a timer on there that tells me when I've spent an hour on the platform. These days it can be well into the evening before the timer goes off, which is huge progress for me! Between checking my phone periodically at my desk at work and mindlessly scrolling in the evenings, it added up big-time. I justified it as doing work to grow my following, but I realized that it was taking away from more important tasks, and easing off a bit didn't hurt my growth. I have a personal account too, so Instagram is doubly distracting for me!

And, to top it off, I started feeling pretty crappy about myself. When you spend so much time on there (even if you're not a teenager), you start to fall into the comparison trap. Why is so-and-so's account growing so much faster than mine? Are her photos better than mine? Oh, they're on vacation aaand I'm sitting here at work and their life is amazing. Oh and she has six-pack abs. Etc. 😛

Same with Facebook. I'm not as bad being distracted by it as I used to be, but geez. Some pretty smart people are behind the scenes ensuring there's always something to catch your eye and draw you in.

Once you identify your bigger time-sucks, you can make better use of your available time. It's not always obvious, and sometimes these time sucks disguise themselves as work. Like I mentioned before, really figuring out the things you actually need to do and minimizing the ones that don't have big payoff is key to managing limited time.

When I first started blogging, everything felt like an uphill battle. I had to develop soo many new habits and learn new things. After a while, routines develop and things that were tough at first become second nature. It's still work, but every little thing doesn't feel as difficult anymore.

I'm certainly not perfect at any of this, but I've learned over the years that focusing on what's really important and carving out time to just get it done is the key to growing a business while working full-time. With all that said, it's also crucial to just take a break sometimes. Burnout is very real. The world won't end if you don't post a new recipe the day you were planning to. Sometimes extra sleep or watching tv is more important because you need to recharge. I'm more consistent with exercise than I used to be, and now it's a priority for me that sometimes competes with the blog. That's ok. Balance is important, but your health should always be #1.