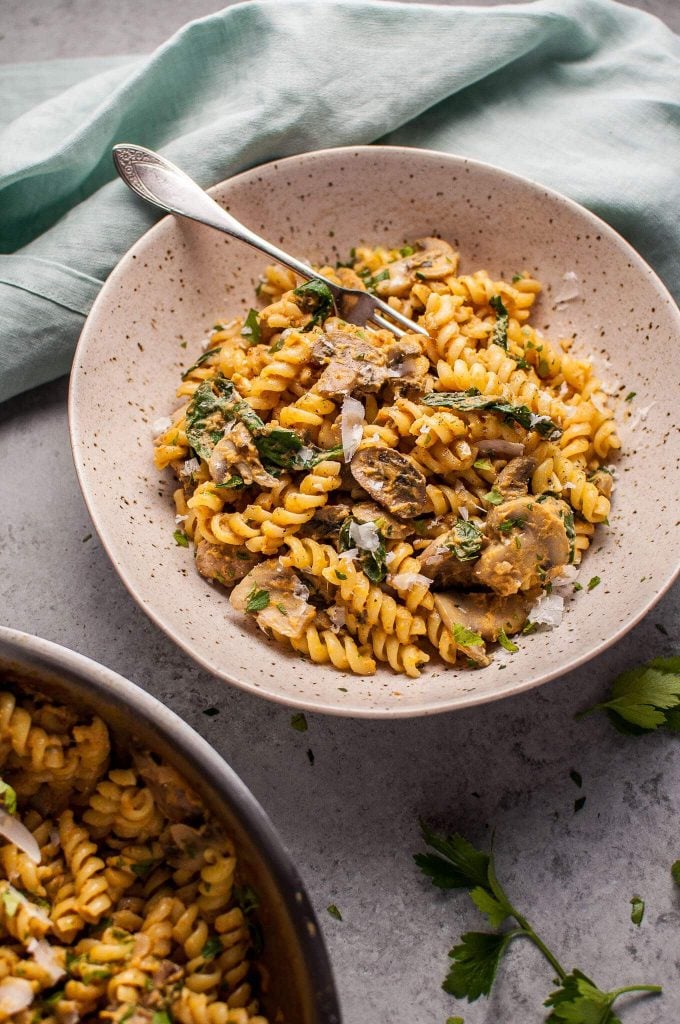 It's funny how things vary from country to country. I'm in Canada, and pumpkin season isn't quite in full swing here yet like it is in the States. I had some issues finding pumpkin purée, in fact! I was eventually able to locate it, but it was well hidden on the bottom shelf in the spice section of a local supermarket. Pumpkin spice was nowhere to be found.

I was kicking myself for not picking some up a few weeks ago when I was in AZ and saw it there. Starbucks and other coffee shops of course have pumpkin spice lattes, but it seems like if you want to make anything yourself, it's a little more difficult.

A fellow blogger was lamenting how she had similar troubles locating pumpkin puree in the UK. I don't know if Canadians aren't as pumpkin crazy or what! In any case, I am glad I located the stuff since it made a really yummy pasta dish and soup. 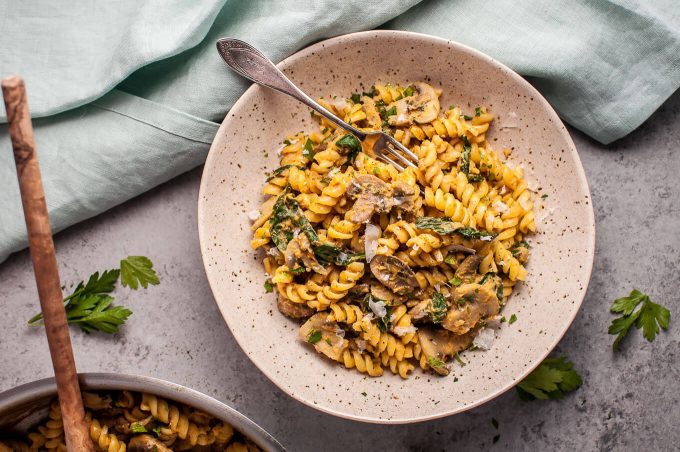 I'm curious to know how many people are tired of pumpkin season already! It seems like it's all that's on Pinterest and every other food blog right now. Pumpkin cookies, pumpkin soup, pumpkin latte copycats... the list goes on. As someone who isn't pumpkin crazy, it's hard to know whether this is a good bandwagon to hop onto or not. I'm thinking it's reasonable to have a few pumpkin recipes on the blog since people seem to like it, but I am thinking the internet is saturated with pumpkin mania.

Do people love the stuff that much or is it just an assumption that bloggers are making? Thoughts? Oh and with all that said, I'm going to be experimenting with making a pumpkin dip soon. If it passes the taste testing, it'll make it onto the blog. 😛

Anyway, despite not being pumpkin-obsessed, I did enjoy this easy pumpkin pasta recipe! It's pretty healthy, fills you up, and has some nice cozy flavors going on. It's one of those easy weeknight recipes that is also seasonal, which is nice. I quite enjoyed the leftovers for lunch last week. You could omit the cream to make the sauce vegan or save a few calories, but I like it in there to add a little more richness. It is quite a thick sauce, so I suggest saving some pasta water in case you want to thin it out a little. 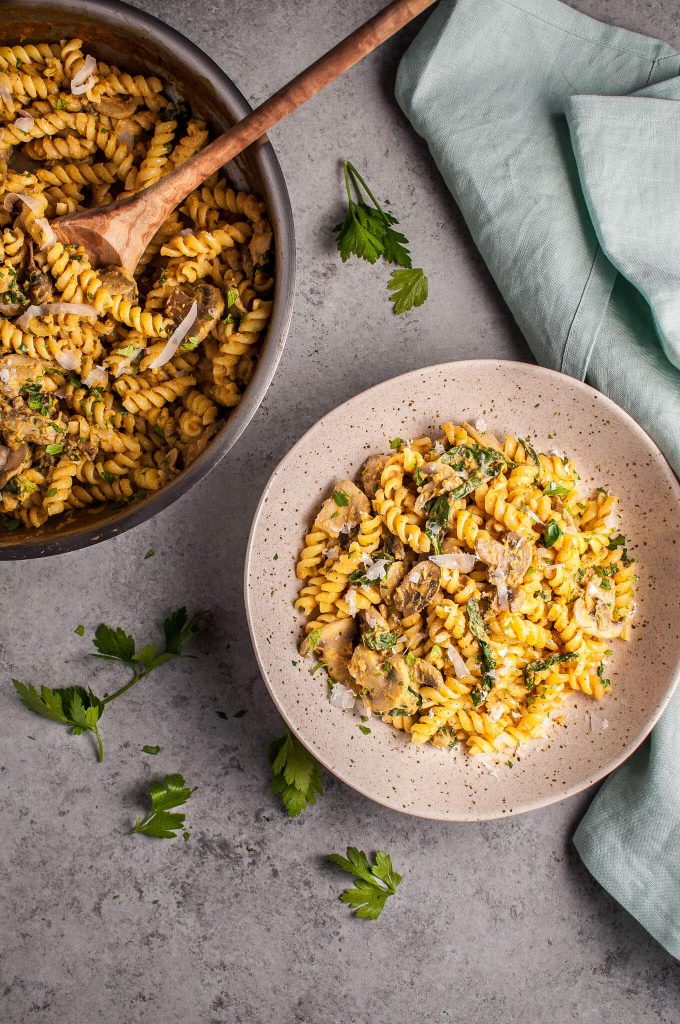 Will you make this pumpkin and mushroom pasta recipe? 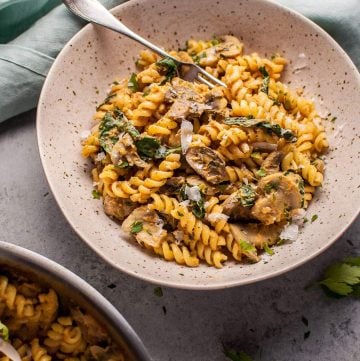 If you're into pumpkin recipes, you may also like my cinnamon pumpkin ice cream. 🙂