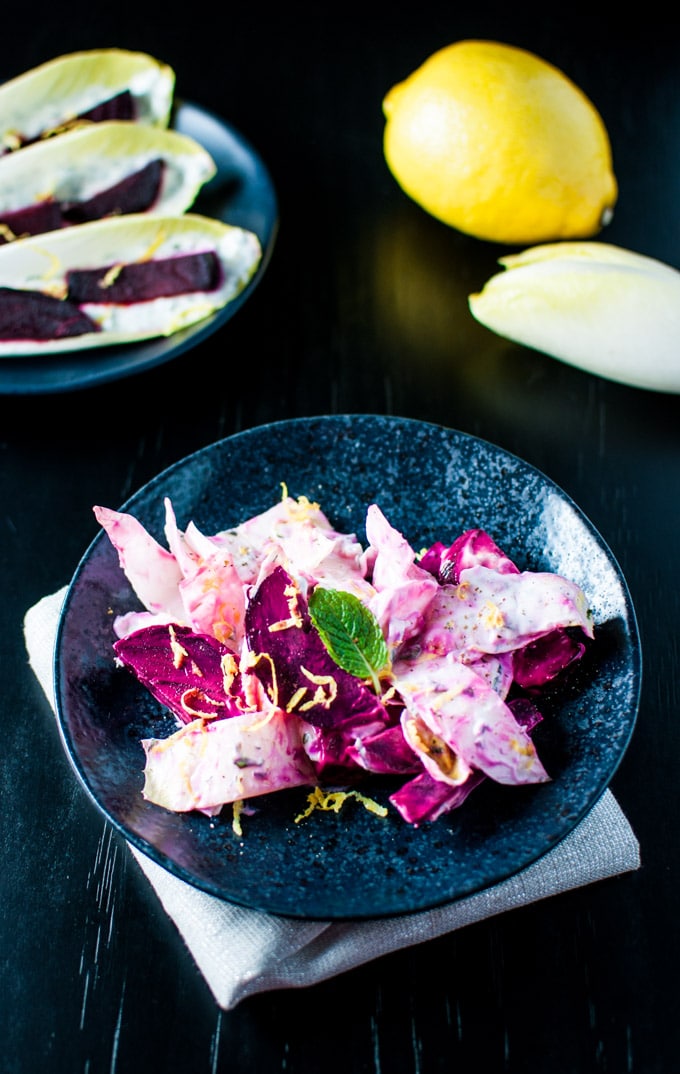 I'll be honest. I never really liked beets. They always tasted a bit like dirt to me. I've been trying to force myself to like them, and I'm making some progress - I was able to choke them down with this salad, and my beet hummus ain't so bad either. My sister, however, loves beets. It figures as whatever she loves I despise, and vice versa.

Beets may not be my favorite root vegetable, but I can appreciate the flavors in this salad. The bitterness of the endive is a nice contrast to the earthy sweetness of the beets. If you've never had endive before, it tastes a lot like radicchio. I wanted to make something with beets that didn't involve goat's cheese.

Ah goat's cheese. I have something called a conditioned taste aversion to that stuff. Skip to the recipe if you're grossed out easily 🙂 My past misfortune makes a hilarious story now, but at the time I thought I was going to die.

Several years ago, we were sitting in a steakhouse in Banff, Alberta (a scenic mountain ski town) and everything was going well. I was in the Rockies and my steak was on the way, so could life be any better? I had just finished an appetizer salad with goat's cheese and spinach, and everything seemed fine. My steak arrived and I took my first bite, then everything was suddenly not fine anymore. My sister says that all color drained from my face and she will never forget the look in my eyes. A few seconds later I upchucked ALL OVER MY PLATE. Yeah, there was no time and nowhere to go. The bathroom could've been five feet away... it wouldn't have mattered. I threw my napkin on my plate and bolted out of there. My sister followed me (where the heck was I going, anyway?!) and my mom was left in the restaurant to apologize to the waiter and give a very handsome tip.

And that is why I can't even smell goat's cheese anymore without feeling nauseous. I can still eat steak (thank God) and spinach (meh) but goat's cheese... NOPE! I still have no idea what the heck happened there. Sudden onset food poisoning? Did the altitude get to me? I just hope it never happens again! Sheer terror. 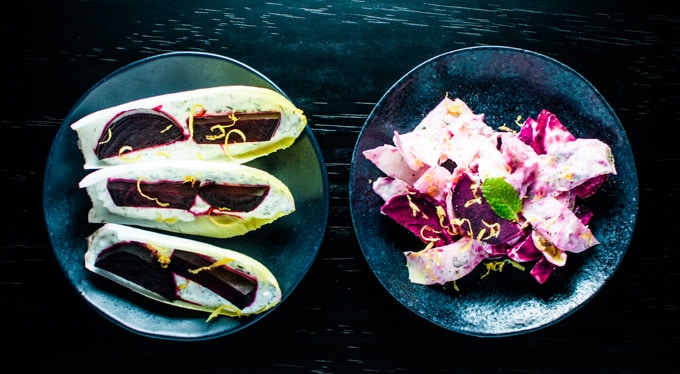 Anyhow, I am sure you're now ready to think about eating, so here is the recipe you've been waiting for: 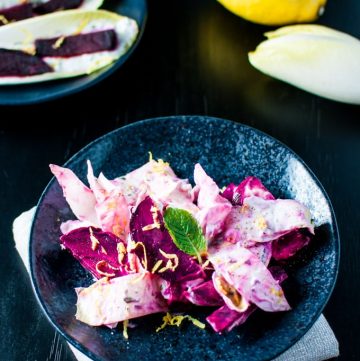