This rustic parsnip mash recipe is a delicious side dish with a nice kick of garlic and the fresh flavors of chives and parsley. 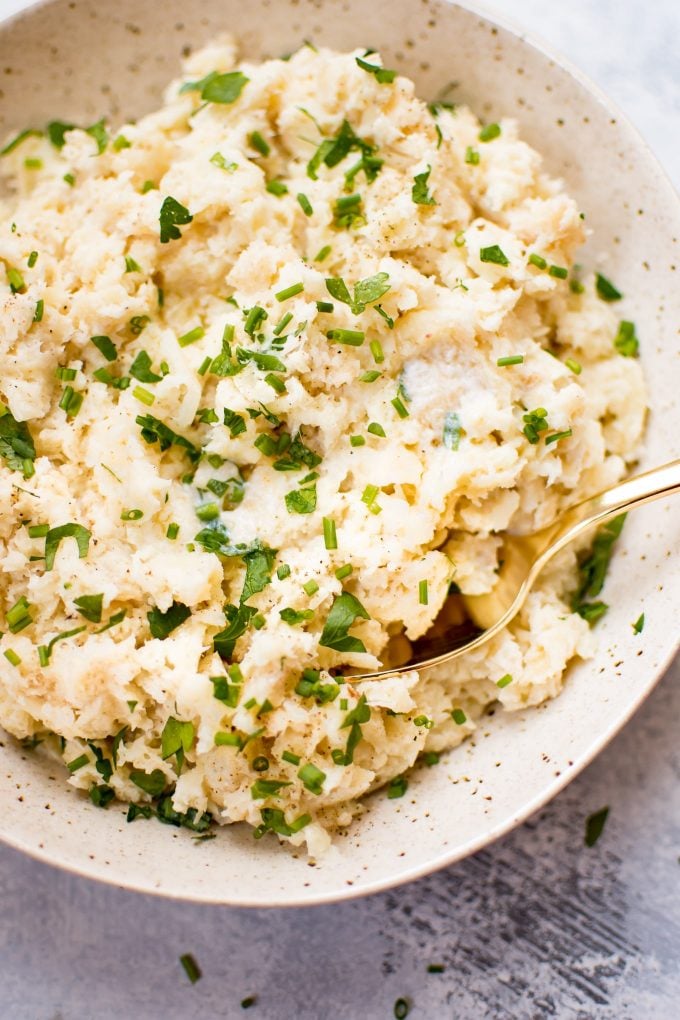 If you'd like to try a slightly different mashed veggie, then give these mashed parsnips a go! I'm not going to go so far to say that it's a mashed potato replacement... because let's face it... you can't replace mashed potatoes.

But maybe this could replace another veggie side dish. 😉 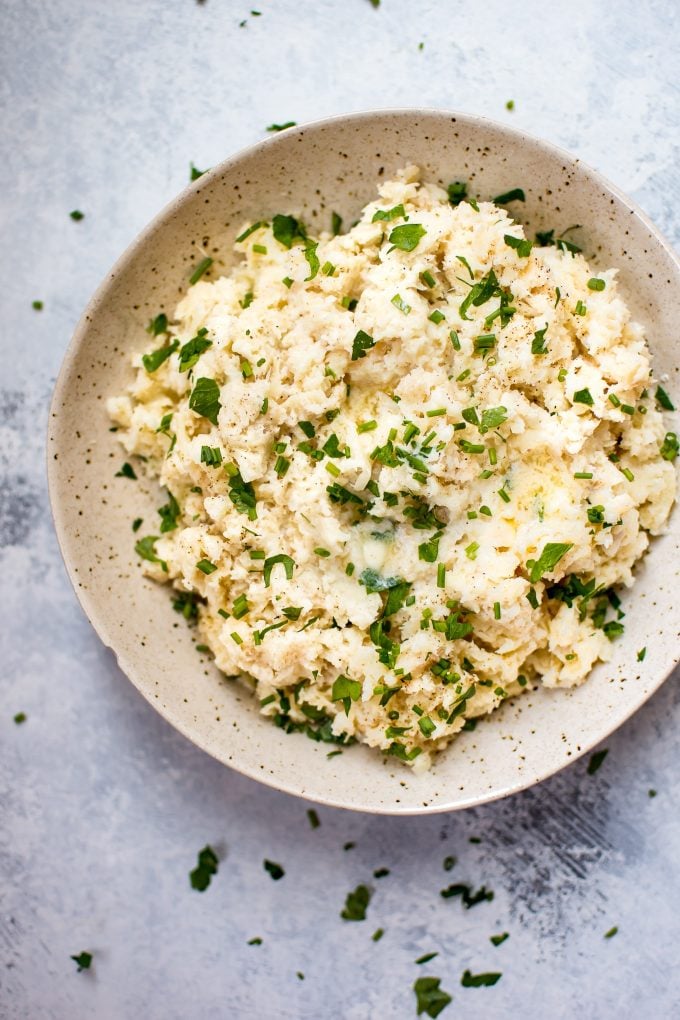 I don't think it has to be one or the other. You could do both (say for a Thanksgiving feast), or just try this recipe if you want something a little different.

I've always liked parsnips. They're a bit sweet and just have a really nice earthy flavor. I think they're an underrated root vegetable. 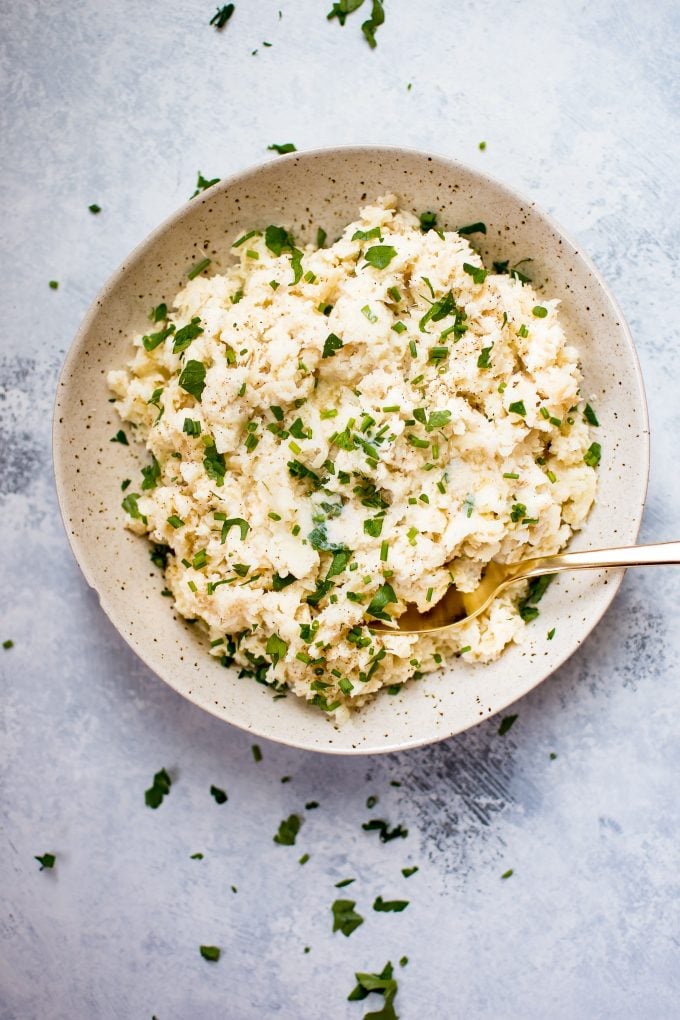 They don't mash quite the same way as potatoes do, but that's ok. I repeat... this isn't meant to replace mashed potatoes. I kept them fairly healthy (ok there's butter in there), but there's also Greek yogurt for a bit of tang, plenty of garlic, and fresh chives and parsley. It's a great flavor combo!

I do suggest coring larger parsnips before cooking them since the middle can be a little tough and woody. All you do is cut the parsnips into quarters lengthwise then cut along the core and remove as much of it as you can. Here's a visual if you would like to see. 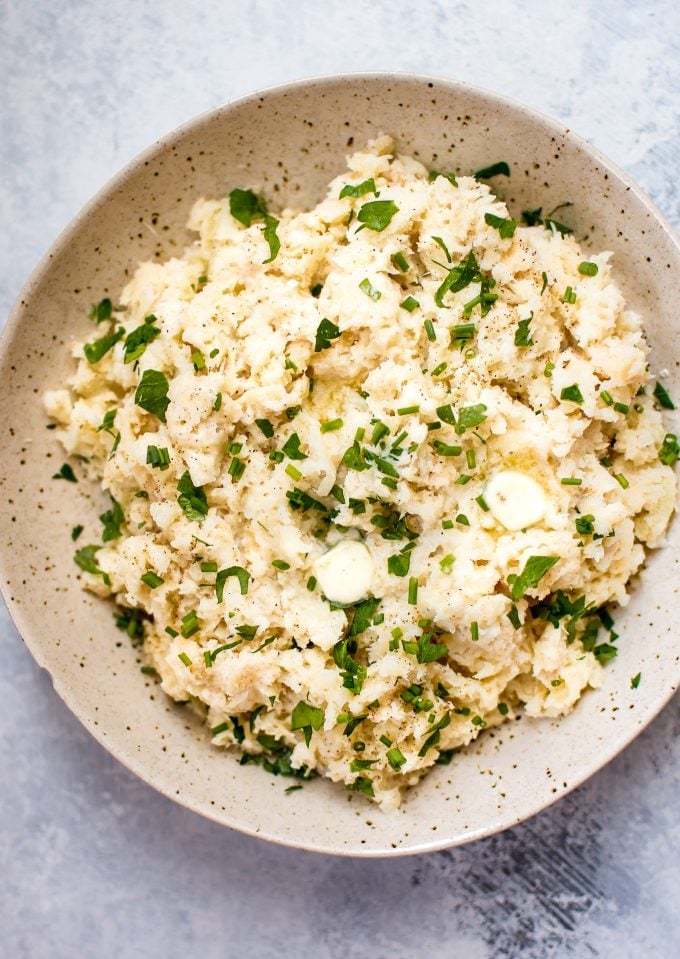 If you're in America, I wish you a wonderful Thanksgiving tomorrow! Eat lots of turkey, have lots of mashed potatoes... and maybe some mashed parsnips! 😉

Questions? Ask me in the comments! 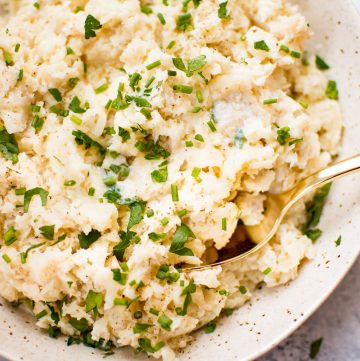