This slow cooker pulled pork sandwich with apple slaw has the most tender, flavorful pulled pork and minimal prep time. You'll want to make this recipe over and over. 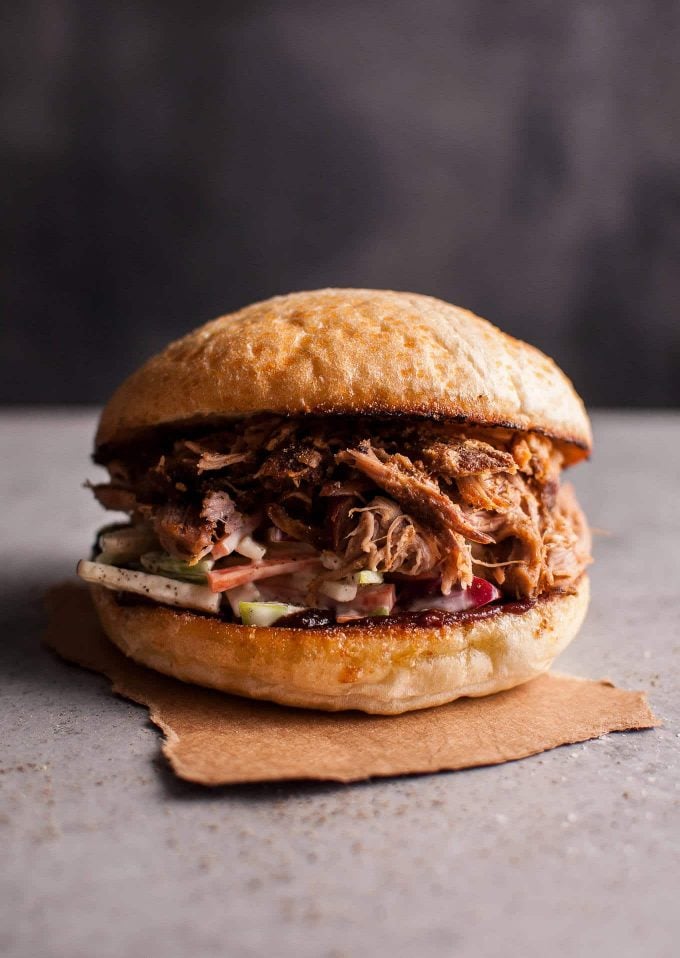 I've had pulled pork sandwiches before that didn't quite do it for me, so I really wanted to hit this one out of the park. The meat needed to be flavorful, not dry, and extremely tender. That was achieved by slow cooking the spice-rubbed pork shoulder for 10 hours.

I've had pulled pork sandwiches that didn't have enough crunch. I fixed that with the simple apple and carrot slaw and by toasting the inside of the bun. 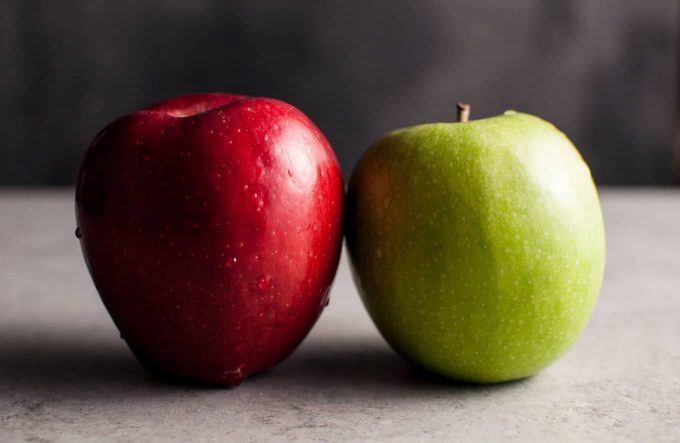 A dollop of my favorite applewood hickory BBQ sauce, and this dreamy sandwich was devoured as soon as I was able to put down the camera. I then had another one for dinner.

I am very pleased with how this sandwich turned out! 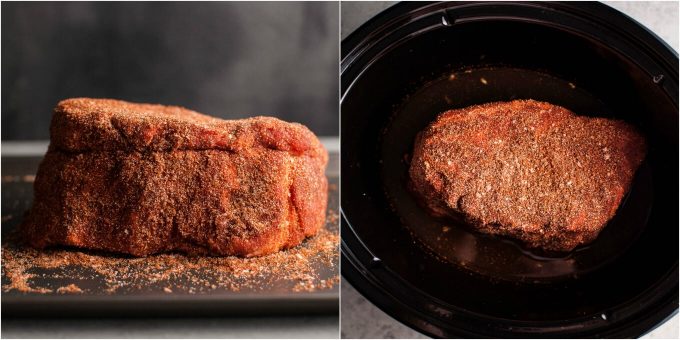 There is nothing particularly complex about this Crockpot pulled pork sandwich recipe. Timing the 10 hours of slow cooking was the only sort of tricky part since I didn't want to wake up early on a weekend to start cooking this. 🙂 I don't usually cook stuff overnight, but it worked well in this instance.

I loaded up the Crockpot before bed, and the following morning I had fall-apart tender pulled pork. Lunch was fabulous.

This is one of those recipes where your slow cooker is really worth its weight in gold. I don't use my slow cooker very often. I find a lot of recipes that call for slow cookers are just as easy to make with a normal pot. You could make this pulled pork recipe in the oven, but I'd say the Crockpot is your best bet here since you are cooking it for such a long time.

Slow cooking this cut of meat makes it super tender, and all you need is two forks to quickly shred it. Depending on your piece of meat, you may need to discard a few of the larger fatty pieces as you go along. I kept some of the smaller fatty pieces as they add some extra taste and moisture to your sandwich. 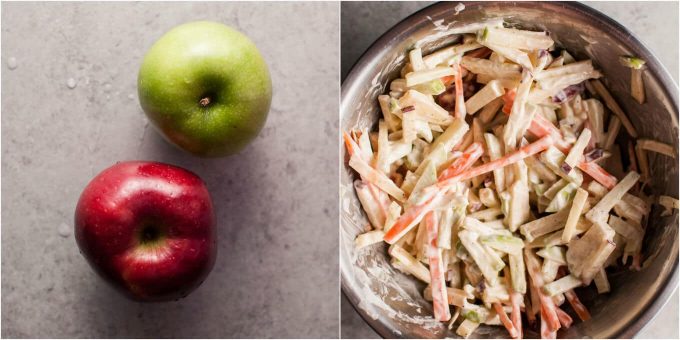 The liquid that's left over from cooking the meat is flavorful, but a bit fatty. I take the meat out of the slow cooker when it's done, shred it, and then I add a few spoonfuls of the reserved cooking liquid to add a bit more moisture and flavor. You can add as much or as little as you like. I suggest adding a bit more if you're skipping the BBQ sauce. 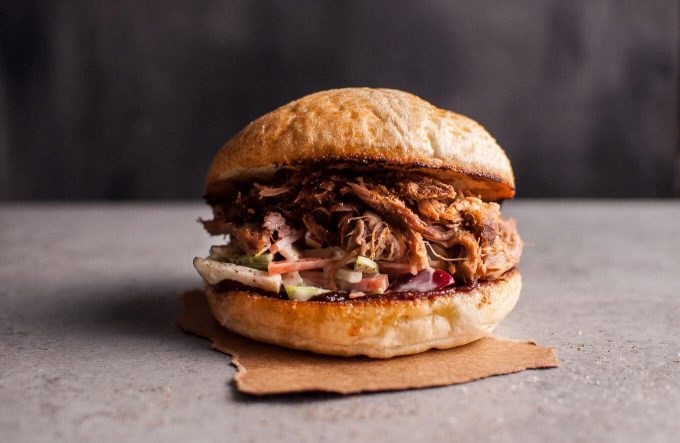 So, does this Crockpot pulled pork sandwich with apple slaw sound delicious to you or what?! 🙂 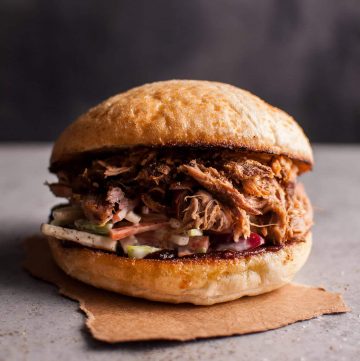