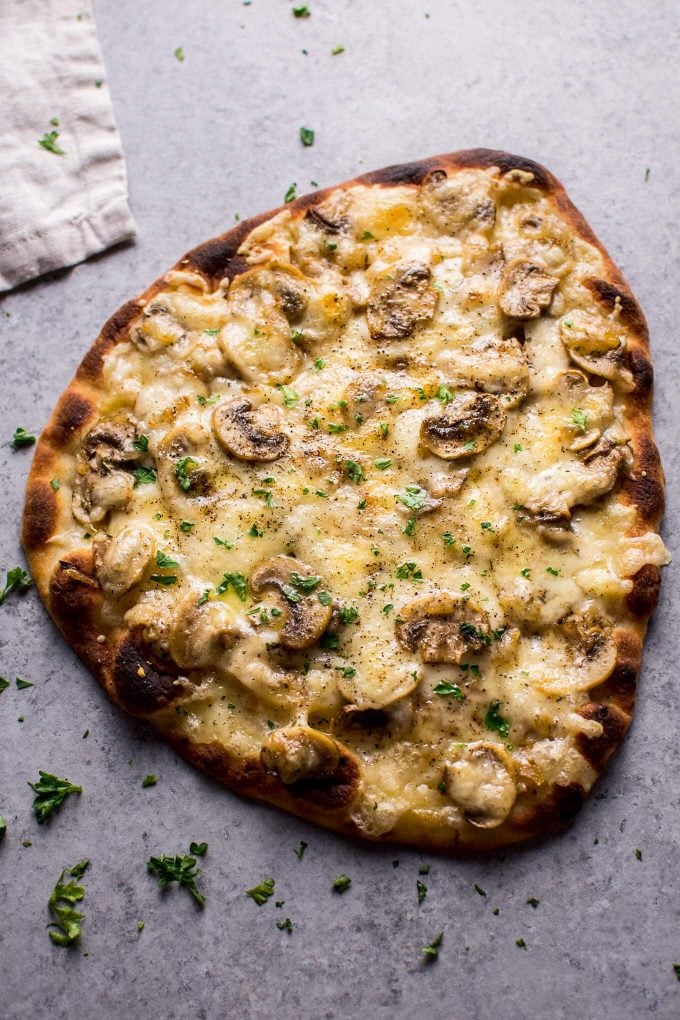 This is Salt & Lavender's first pizza recipe, and it's a good one! My general thoughts on homemade pizza is that it isn't really worth it. The dough is often a pain in the butt to make, working with pizza stones can be stressful, and the results for all the effort you put in are often disappointing. There are plenty of good pizza places around here, so I usually order in.

I've seen naan pizzas trending for a while, and I wanted to see what the fuss is about. If it's something Nigella Lawson snacks on, I'm game to try it. I don't normally buy naans, but I am now convinced they make the best no-fuss pizza base.

I decided on a simple mushroom pizza with Fontina cheese. I love Fontina for pizza because it's pretty mild, and it melts very quickly. I wanted a special touch, so I decided to add a splash of white truffle oil as well. I was recently out to dinner with a coworker and saw a truffle pizza on the menu. I wasn't in the mood to pay $25 for an individual pizza that day, though. I guess the idea of that pizza stuck in my head because here we are! 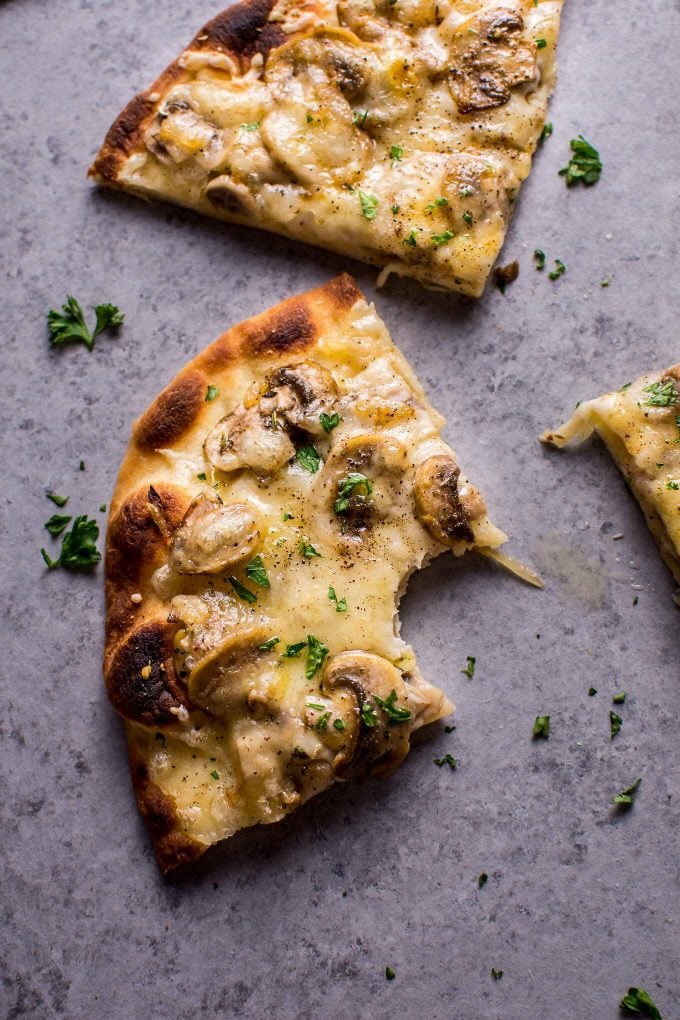 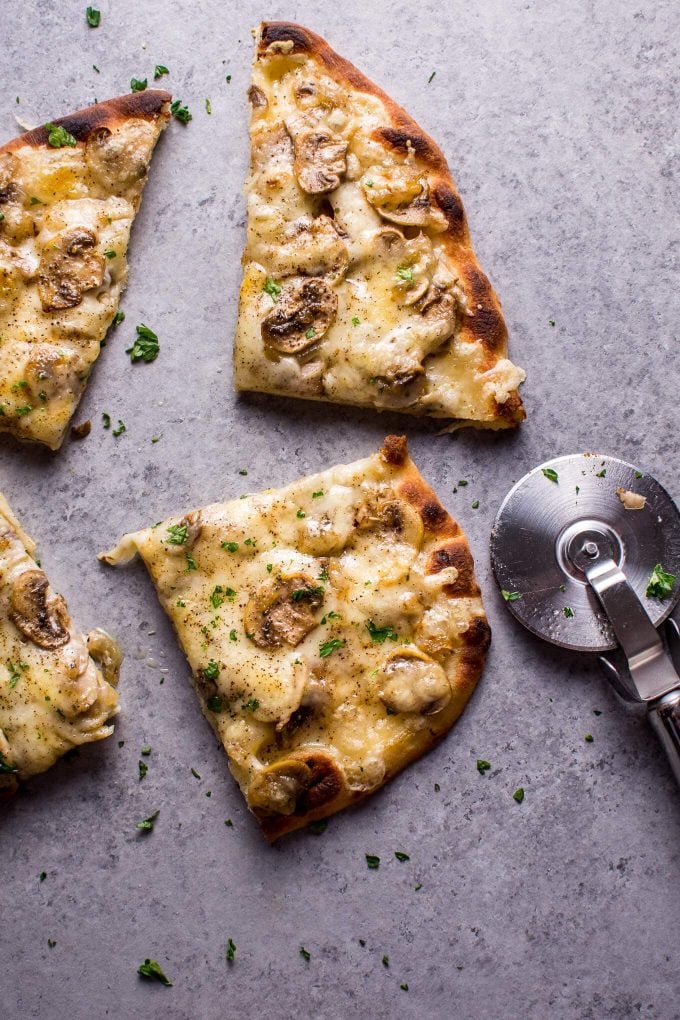 I pre-cook the mushrooms and onions because the pizza only spends about 5 minutes in the oven. It's a necessary step, but only takes about 10 minutes. The whole thing is ready in less than half an hour.

Once it's out of the oven, you just drizzle on some truffle oil and sprinkle a little parsley if you wish. So easy and so good! 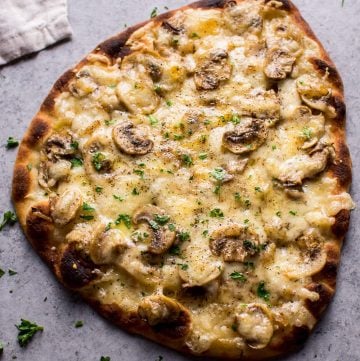