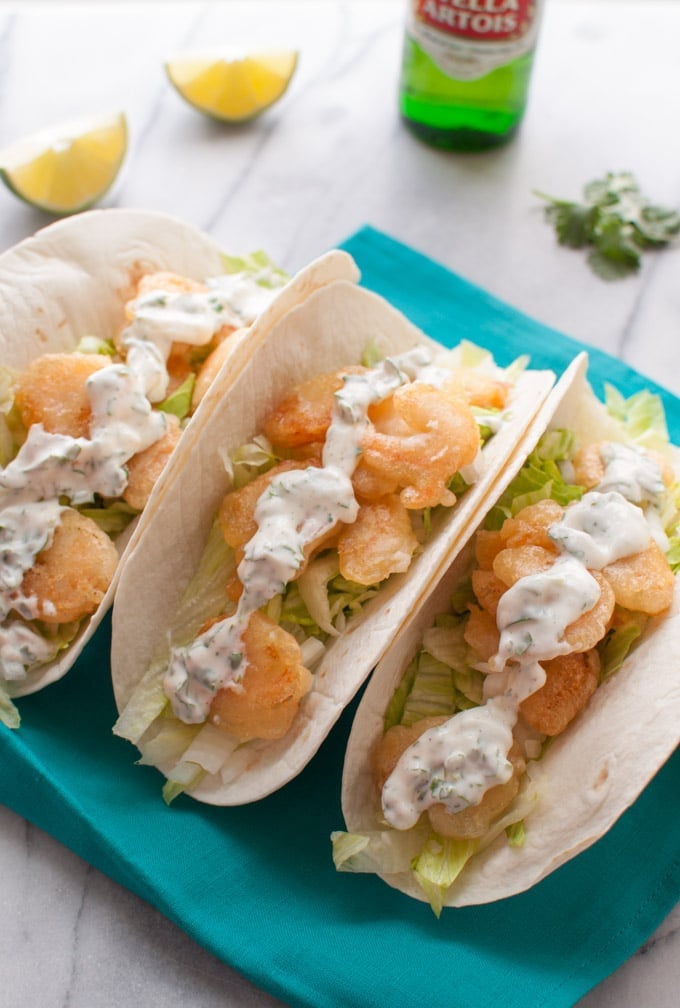 I had a few beer batter fails when I first tried making these. I was home alone so logically that is the perfect time to  experiment with beer. I was tinkering with the flour to beer ratio and it just wasn’t working. I had an egg in there at one point. I made too thick batter and too thin batter. I ended up with partially battered shrimp stuck to the pan at one point as well.

It also didn’t help that the day I first tried to make these was the day that we only had Fruli (strawberry beer) in the house. Oops. I thought we always had normal beer somewhere. I GUESS NOT. Let’s just say that I did not want to try making these for a while after. Thoughts of the strangely pink batter and aroma of strawberries and shrimp haunted me. Beer batter isn’t rocket science, Natasha.

Fast forward to a few weeks later and my husband rolling his eyes when I announced that I was going to try the beer batter again. This time with Stella. It was a safe bet. I’ve repeated the recipe since then and it is now here for you to enjoy… without the hassle.

How to make beer battered shrimp

Make the batter by adding garlic powder, salt, pepper, flour, and beer to a bowl, and stir thoroughly.

Add peanut oil to a skillet and heat it until it’s good and hot.

Working in batches, dip shrimp in the batter and place them in the hot oil. Cook for a few minutes/side until the shrimp are cooked to golden perfection. You will love this crispy beer batter! 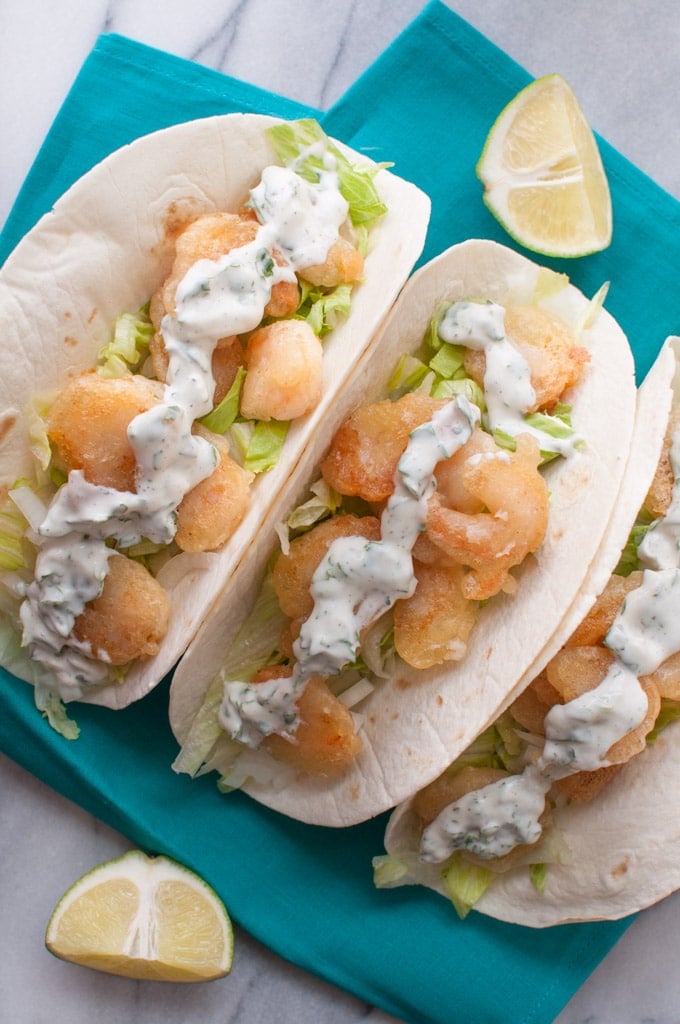 I hope you will give these tasty beer battered shrimp tacos a go!

Questions? Ask me in the comments.