Colcannon is the perfect comfort food recipe for St. Patrick’s Day. You’ll love these classic Irish mashed potatoes with cabbage (or kale) and the addition of crispy bacon! 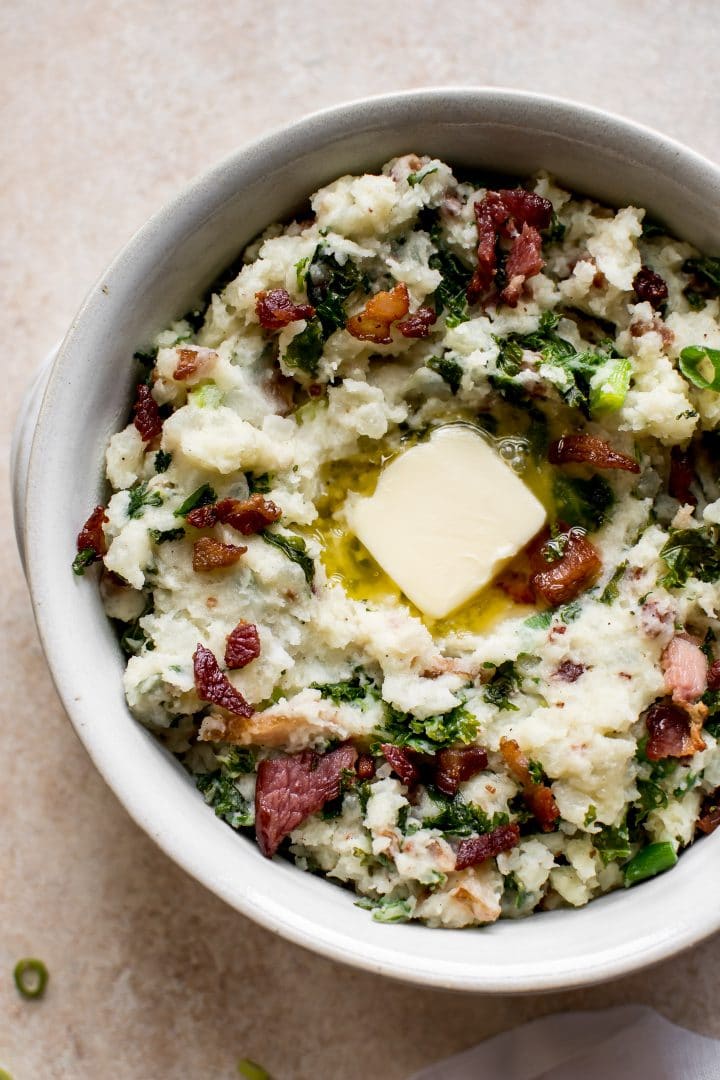 It’s a traditional Irish and Scottish dish made with potatoes and cabbage that are typically boiled and then mashed together. There’s plenty of variations out there (including replacing cabbage with kale). This version adds bacon and scallions!

Colcannon with bacon is a good idea. It reminds me of my favorite comfort food growing up – my mom would fry up some bacon pieces and then mash boiled potatoes into it until it’s all nice and fluffy and the bacon fat is all soaked up. You haven’t lived until you’ve tried it. I still occasionally eat it. It’s probably the most comforting thing on the planet. I think I actually requested it for my birthday dinner this year. I will never grow out of it. 😀

Making colcannon is really easy… it’s basically just mashed potatoes with some extra yummy stuff added. I seriously can’t believe it’s taken me so long to put this recipe on my blog.

You may also like my bacon ranch mashed potatoes. 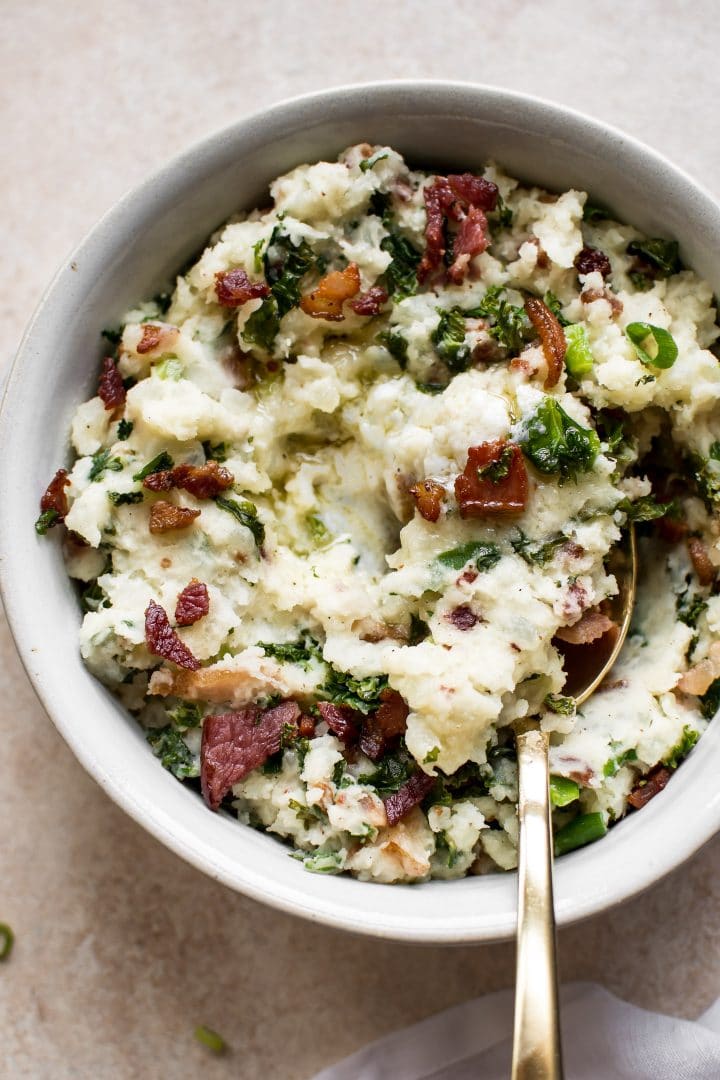 How to make colcannon

Boil your potatoes until very tender; drain. Meanwhile, cook the bacon pieces until crispy, then add the kale or cabbage to the skillet and cook until tender. Add the scallions and cook for a minute or so.

Mash the potatoes with the butter and cream. Add the skillet contents and season as needed. Serve with plenty ‘o butter.

Ok, so we’re a bit naughty here and we don’t discard that bacon grease… but damn, does it make those mashed potatoes taste GOOD. 😉 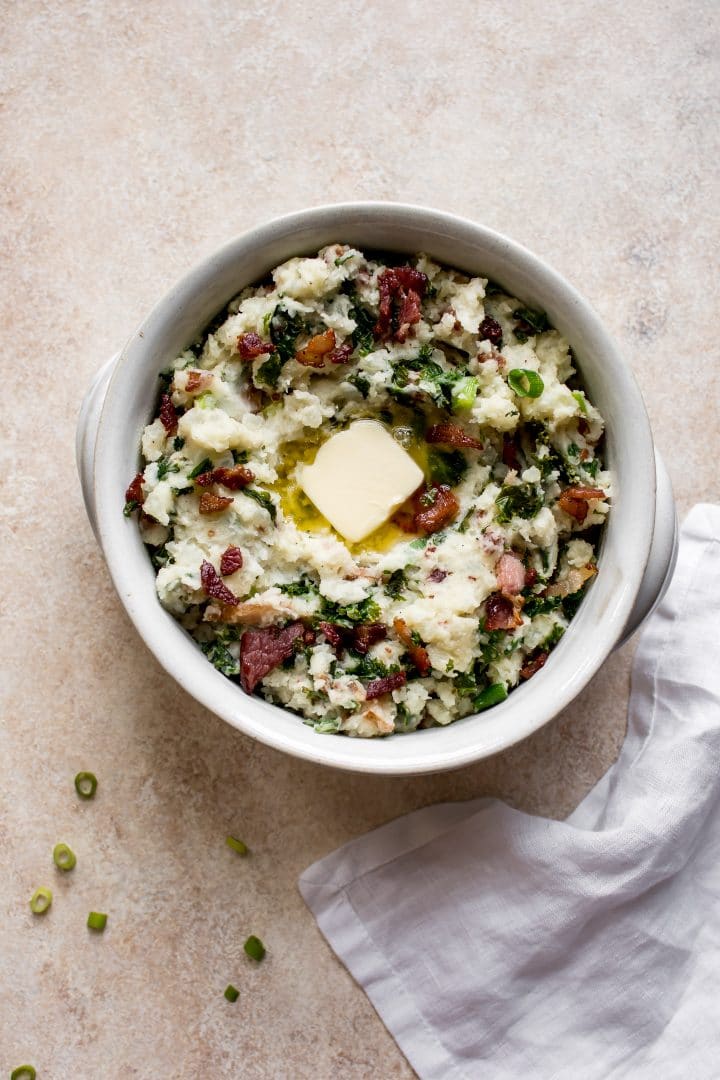 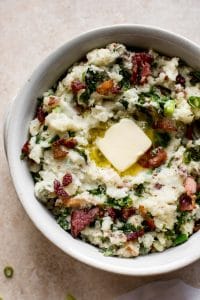 Colcannon is the perfect comfort food recipe for St. Patrick's Day. You'll love these classic Irish mashed potatoes with cabbage (or kale) and the addition of crispy bacon! 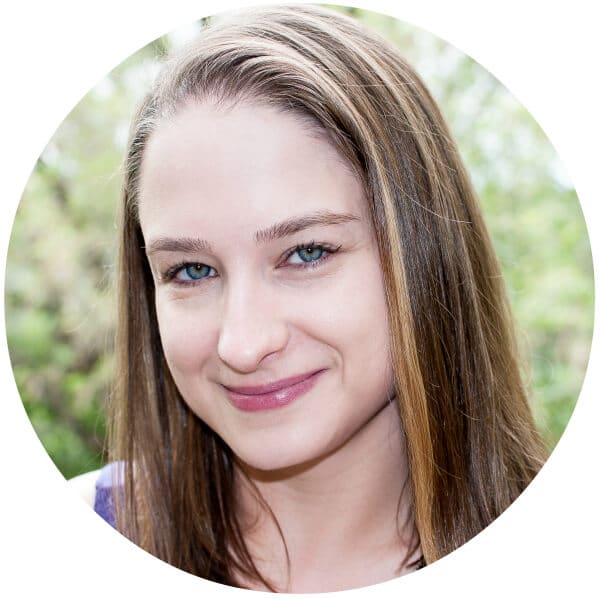