This vegan roasted corn and cauliflower soup is a simple, hearty, and wholesome soup! 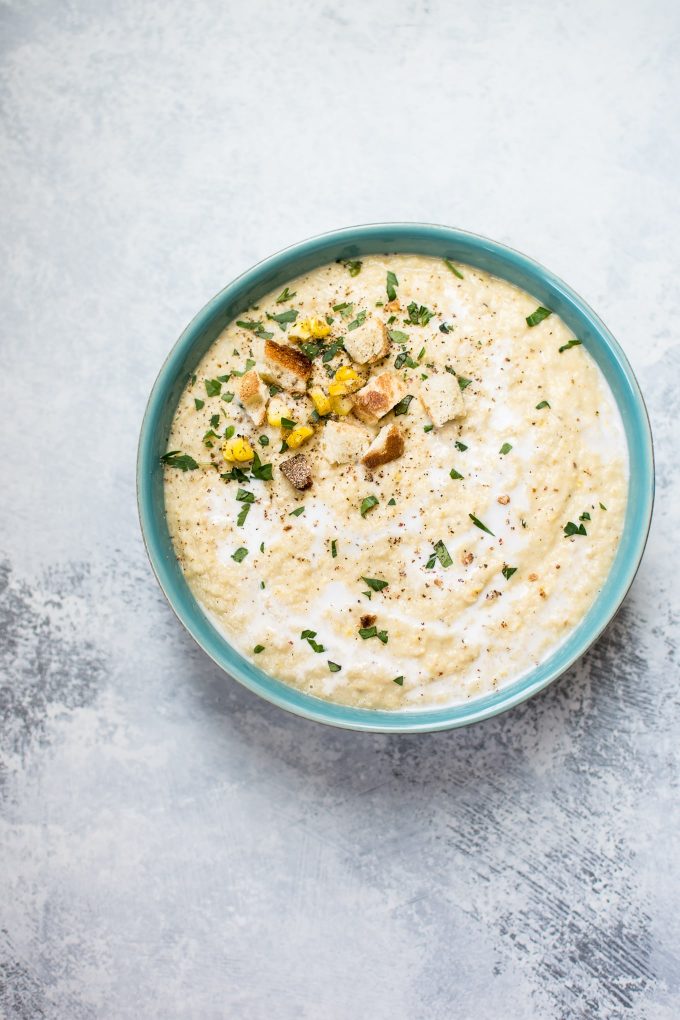 It's definitely still summer (thank goodness!), but after returning from England I started craving soup. It was fairly cold and rainy there, and then it was raining when I got back home.

Typical for me to bring bad weather back with me. 😛 I wanted to warm up, so that's how this cauliflower and corn soup happened. I've hung onto this recipe for a bit now and posted plenty of summer recipes since, but I figured it was about time I finally posted this one. Perfect for a Monday, really! 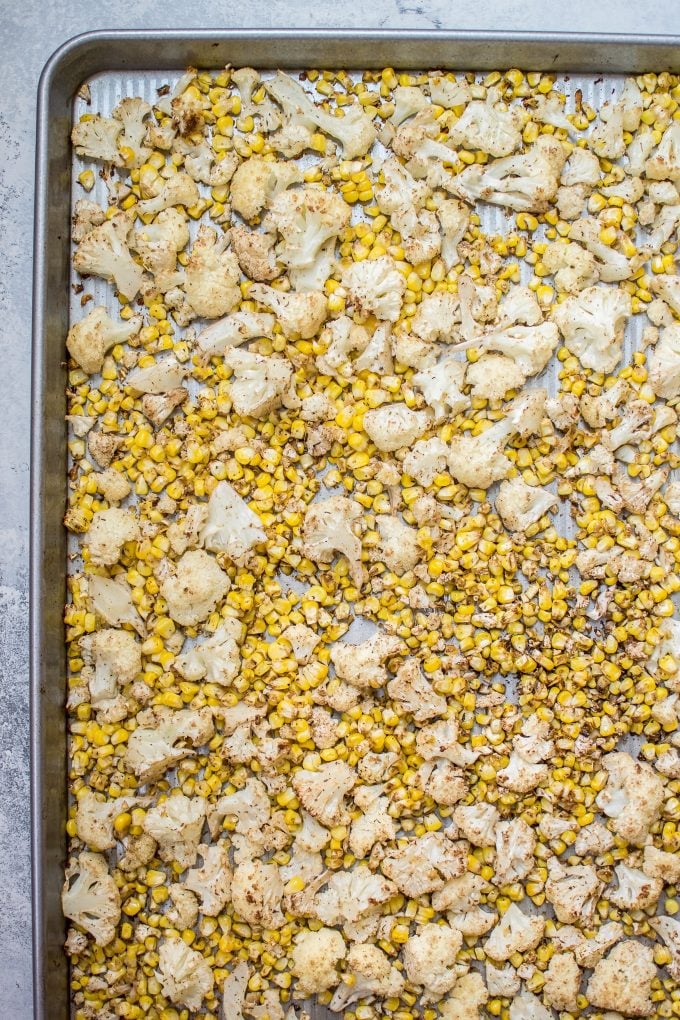 Corn is in season right now, so I figured it was a good thing to add to my soup. I love the sweetness of corn, and cauliflower is a really good healthy base for soups, so I went with that. 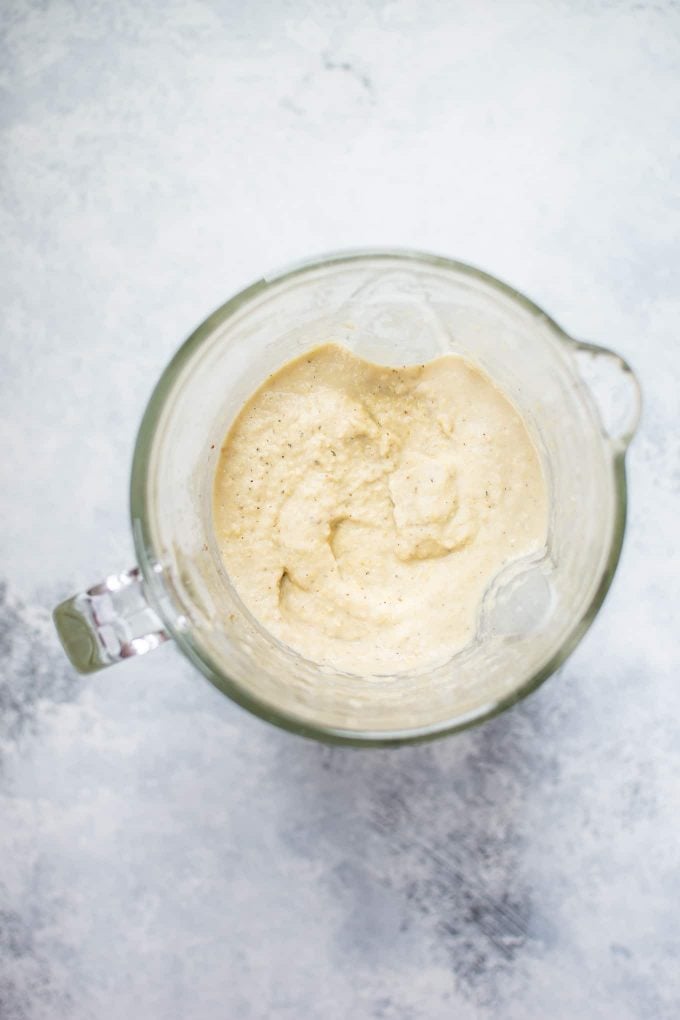 The key to the tastiness of this soup is roasting the veggies. I looove roasted cauliflower. It really brings out its flavor! Corn is one of my favorite things, and roasting it also makes it even better. I cut the corn off the cob (it's easiest to do it over a large bowl so that the kernels don't fly everywhere), cut the cauliflower into small florets, then put them on a baking sheet.

You then toss the veggies with some olive oil, balsamic vinegar (it adds so much flavor and mellows out when your roast it!), various seasonings, and salt & pepper. Easy peasy.

Once the corn and cauliflower is finished roasting, throw it in the blender with some coconut milk and veggie broth, then you're minutes away from silky soup perfection. I blended it in two batches then added it to a pan and warmed it through. Done and done! 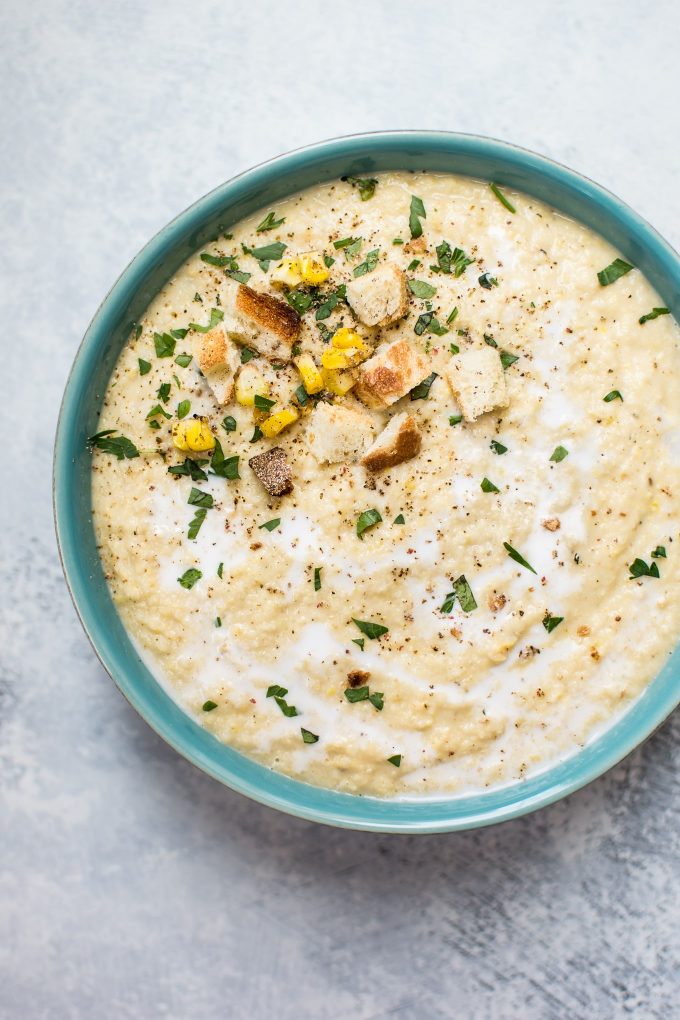 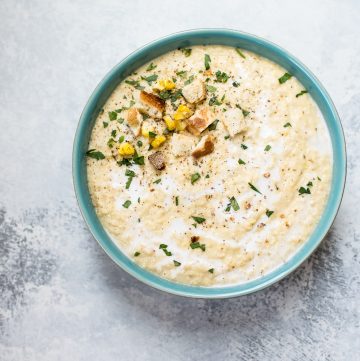