This mushroom barley soup is healthy, hearty, and deliciously comforting. It's easy to make, flavorful, and will warm you up! 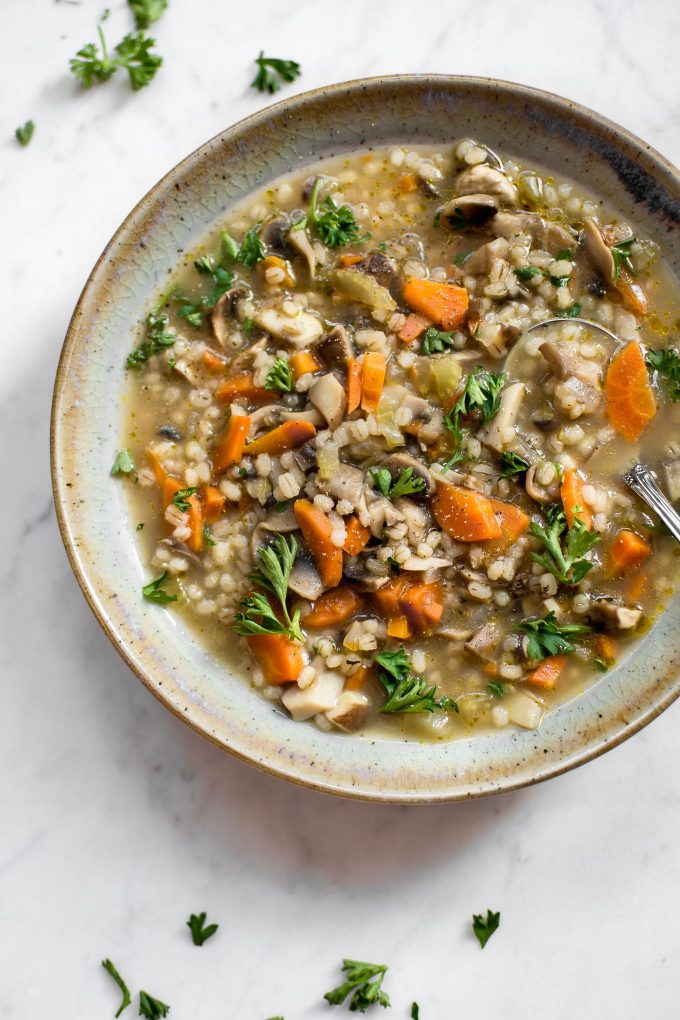 My sister actually came up with the idea of making this mushroom and barley soup. She's going to be mad when she sees this post and realizes I didn't share any with her.

Anyway, she's really missing out since this is one tasty soup. It actually helped get me through this awful cold I had recently, so the timing was impeccable really. 😀

I'll make some for her one day. Maybe. 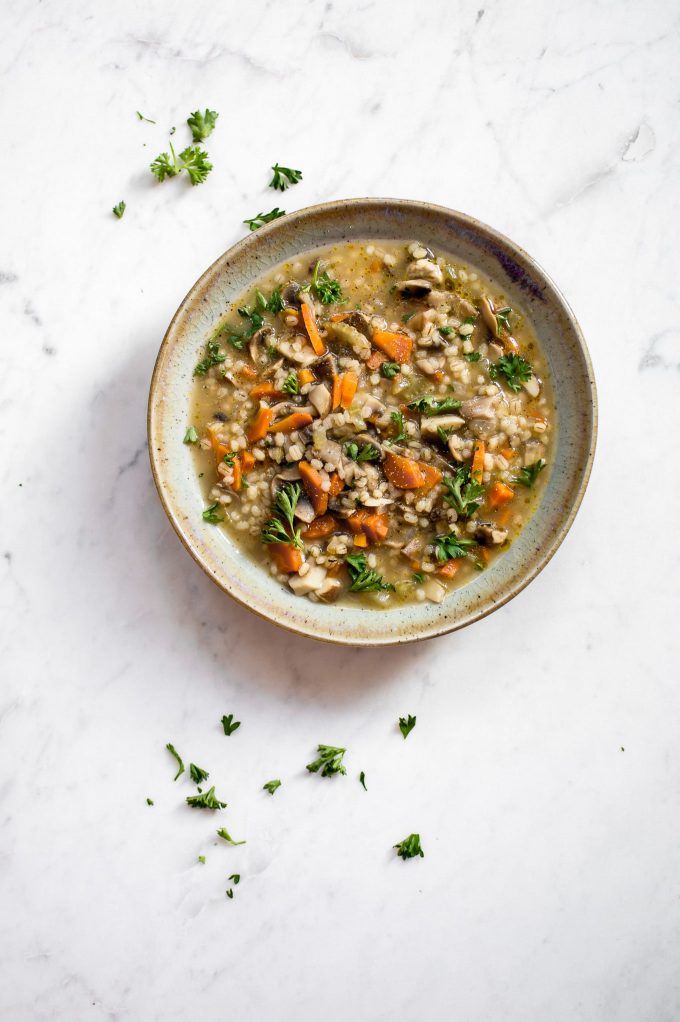 This soup is really simple. It takes a bit of time for the barley to cook, but you just have to let it simmer for a while. No extra work required!

Pro tip: This soup reheats well, but the barley in this vegan mushroom soup recipe does soak up more of the broth the longer you leave it, so I suggest adding more veggie broth when reheating it if that bugs you. 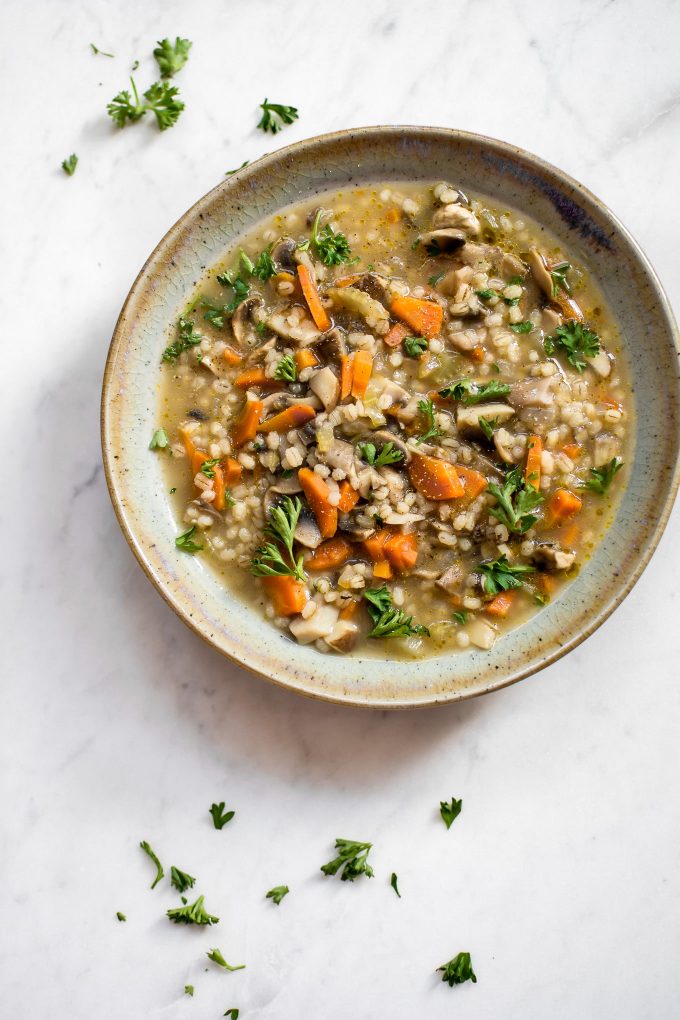 Let me know if you will make this mushroom barley soup recipe! It's a really good winter warmer stick-to-your-ribs kinda recipe. 🙂

Questions? Ask me below! 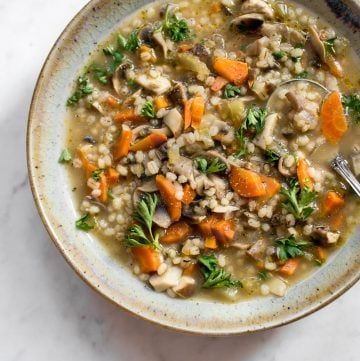