This roasted vegetable salad with barley doubles as a vegan meal prep idea! Topped with a delicious maple tahini dressing, it makes a healthy and satisfying light meal. 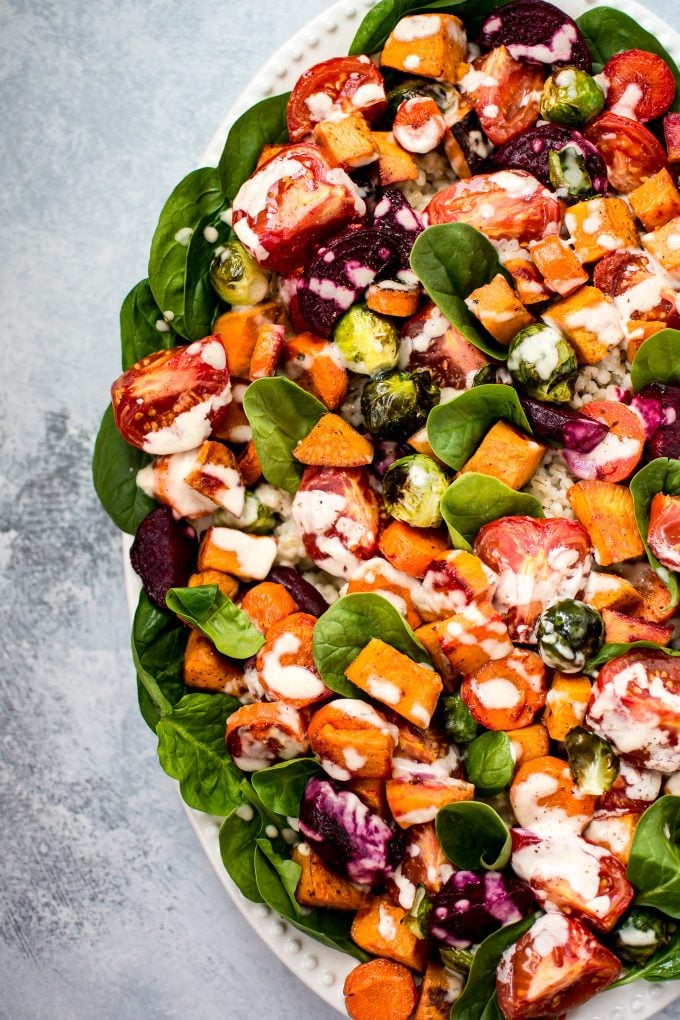 I know I said that I'm going to avoid cooking new grains at home after the farro and pearl couscous recipes, but I guess I just can't help myself.

Making barley at home is new to me, but it's another grain that I will now have in my pocket. Not literally. 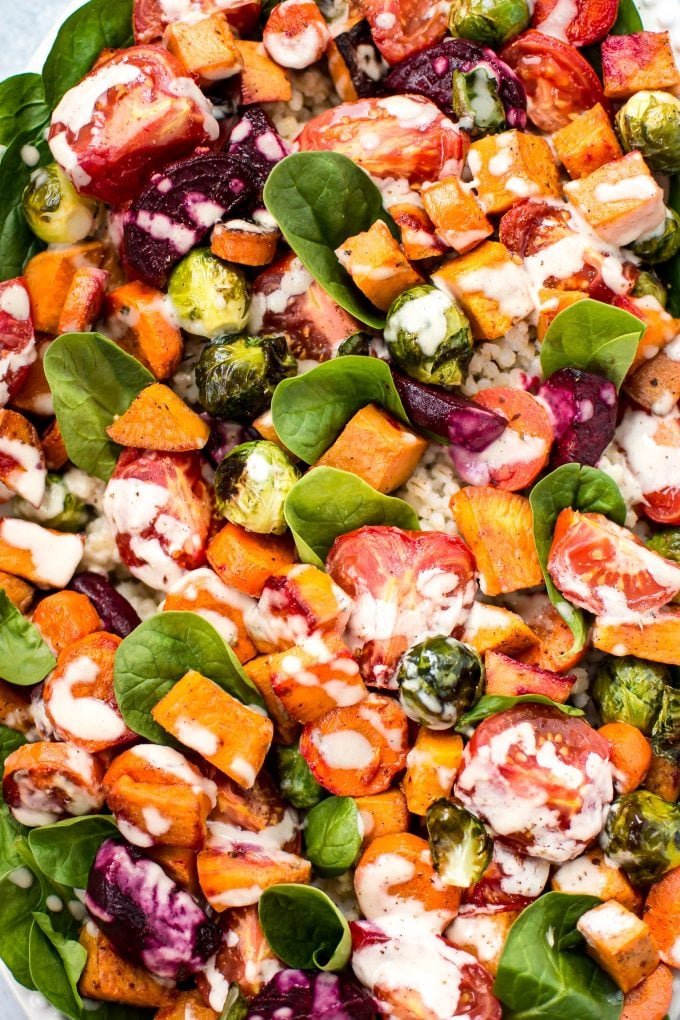 I had zero intention of making this into a meal prep type recipe until I was wondering what the heck I was going to do with the leftovers. I realized that the barley, all the roasted veggies, and the dressing (that's filled with good fats) makes a pretty well-balanced vegan meal prep lunch.

I didn't include the spinach when packing up the leftovers, but you could. It doesn't get soggy as fast as other greens like lettuce do, but I'm just fussy like that. 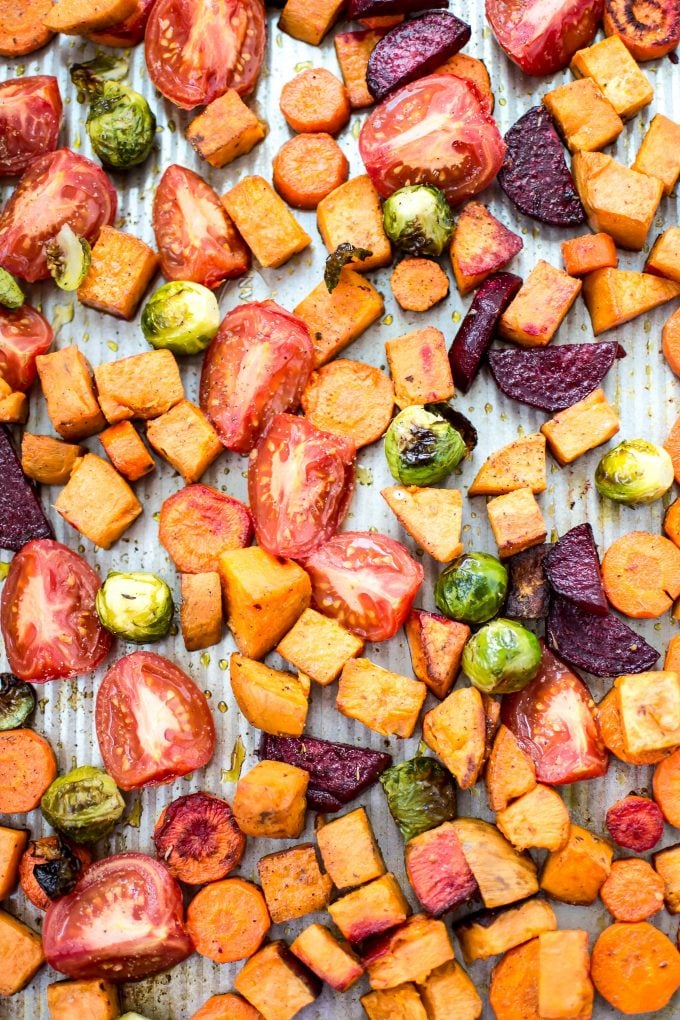 I tried to use veggies that are in-season right now... sweet potatoes, Brussels sprouts, and beets. Tomatoes are not, but roasting them this time of year makes them more appealing, and they add needed moisture to this salad.

As always, feel free to sub what you like/have on hand to make this easier. 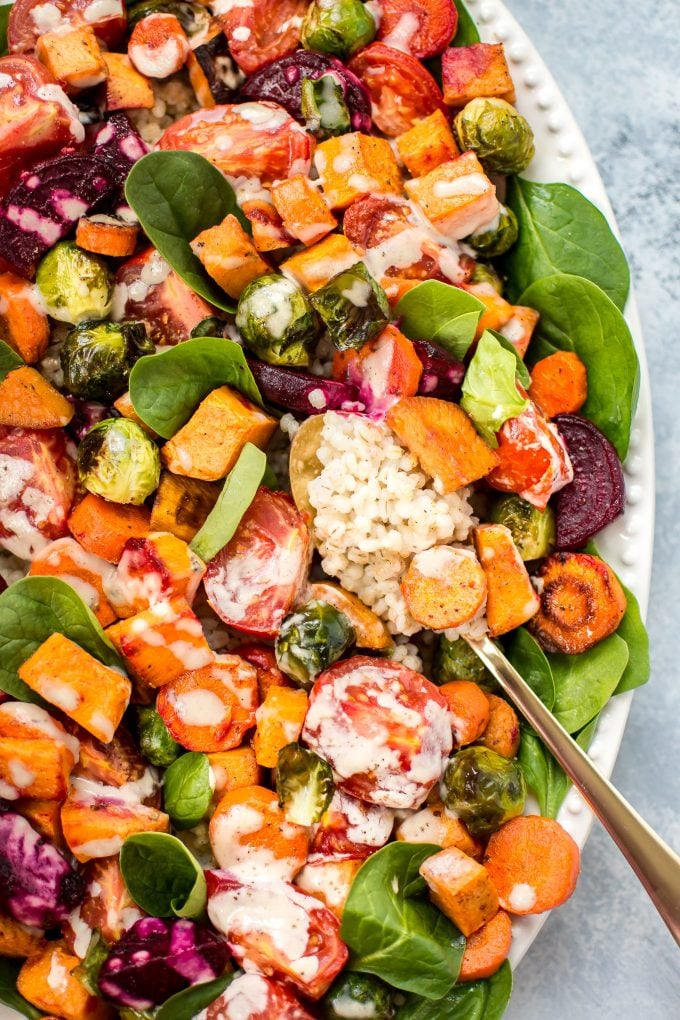 If you cut the veggies around the same size, they will cook at similar rates. I found 20 minutes for this combo of veggies was about right. The sweet potatoes were fully cooked, and the rest was tender-crisp (exactly the way I like my vegetables).

So there you go. One salad, 2 ways. Or just make it as a straight up vegan meal prep recipe and avoid all the artful arranging. 😉 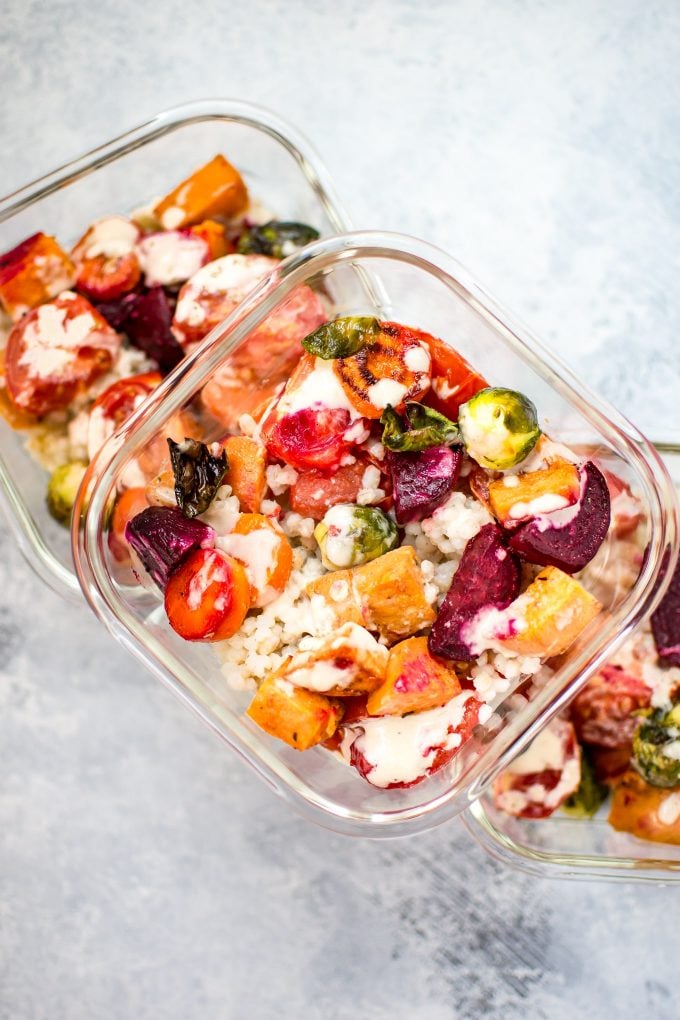 Will you give this roasted vegetable and barley salad a try?

Let me know in the comments below.