I always like to read recipe fail posts. Sometimes things go way wrong in the kitchen. I try to laugh about it, but when I feel like crying, I remind myself that the glory of my fail will make it onto the blog. Maybe not in its own post, but it'll make it here. Some of these are literally recipe fails i.e. they just didn't taste good, but many of these are photo fails. In the world of food blogging, the photos are just as important as the recipe, which is kind of sad... but it is what it is! It's kind of hard to explain to people that this mushy looking slop actually tastes amazing, right? 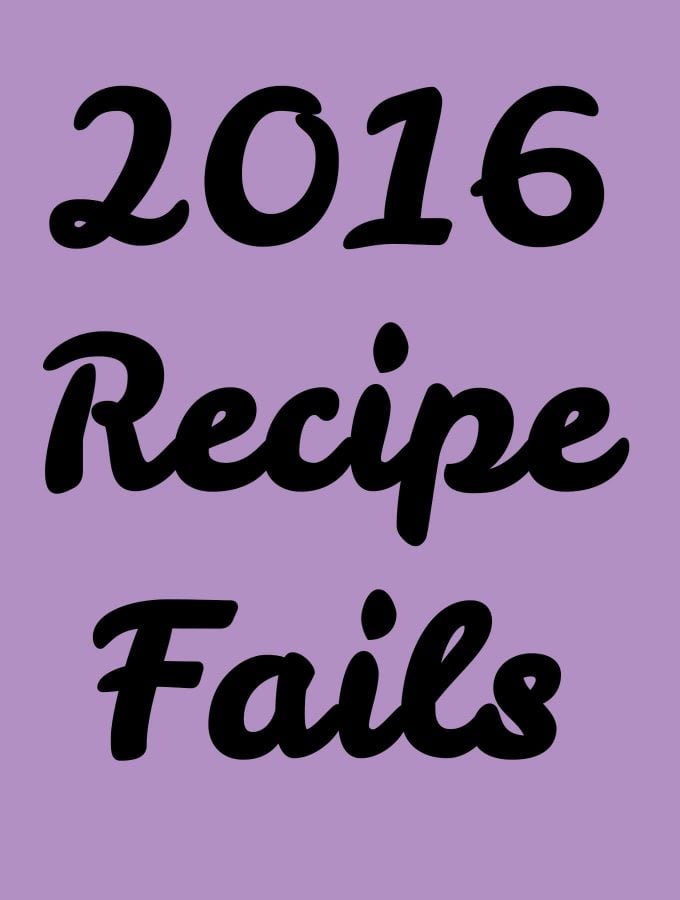 My husband affectionately calls this dish "cow pat pies". These taste really good, but no amount of garnishing made these look nice. Since they passed the taste test, I will let you know what I did to create these hunks of gorgeousness. You probably won't want to serve them at a special occasion like your wedding or something, though. Recipe: Chop and fry six slices of bacon. Set aside to cool. Mix 1/2 a container of cream cheese (such as Philly) with 2 tbsp sour cream, 1/2 tsp garlic powder, 1/2 tsp onion powder, the green part of 2 spring onions (chopped), 1/2 cup of parmesan cheese, 1/2 cup of breadcrumbs, the bacon, and some pepper. Spoon these into six portobello mushrooms (stem removed). Bake at 385F (rack in top third of oven) for 45 minutes  or until they're cooked and beautiful. Memories of this recipe sometimes flash in my head when I get the genius idea of making brown food for this blog.

I forgot to take photos of the Reese's brownies I attempted. You're not missing much. Sure, I am not the world's best baker, but you'd think brownies would be simple enough. No. I weep for the poor Reese's cups that perished in this terrible experiment. These "brownies" were partly overcooked, partly underdone, and swimming in oily goop. Even my husband couldn't stomach them, and that's saying something.

STOP IT WITH THE STUFFED PORTOBELLO MUSHROOMS ALREADY, NATASHA!!

Yeah, pesto stuffed portobello mushrooms sounded good at the time, but these didn't end well either. Could anything top the previous portobello mushroom troubles? Spoiler alert: nailed it. I imagined a light, healthy, and delicious filling brimming with freshness. I got this instead:

Their big brother worked out, these sad little things did not. Bet you can't eat just one.

GRILLED SHRIMP TACOS: no photo evidence, but I promise they're delicious!

I kid you not... I took the damn photos at least four separate times. I didn't like any of them. I don't even have any of the old photos saved for the fails post because I was so blinded by my rage that I deleted them all. 🙂 It's a shame because they taste really good (until you make them for the umpteenth time). If you dare: 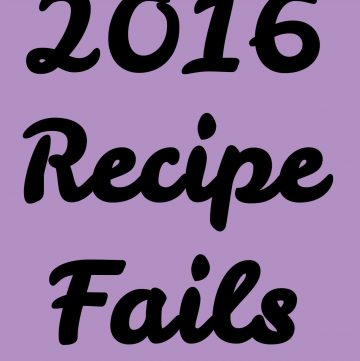 I'm not sure if I'd call this an outright fail, but I just couldn't justify putting it on the blog. Some bloggers have success with super simple recipes, but I just felt that it didn't warrant a blog post on its own. It tasted good, but I made waaaaaaay too much. As in I was breathing onions and had massive heartburn for like two days, and then I finally refused to finish the rest of it. If you want to give it a try (now you TOTALLY do, right?), it's super simple. Dressing is 2 tbsp red wine vinegar, 1 clove minced garlic, 1/3 cup olive oil, 1/2 tsp sugar, 1/2 tsp dried oregano, and salt & pepper. Toss it with a bunch of chopped tomatoes and a chopped sweet onion. Chill for at least 2 hours. Breathe onion on everyone. Never eat tomatoes again.