This easy Brussels sprouts gratin recipe is a cheesy, creamy side dish that takes Brussels sprouts to the next level! Perfect for special occasions such as Thanksgiving or Christmas dinner! 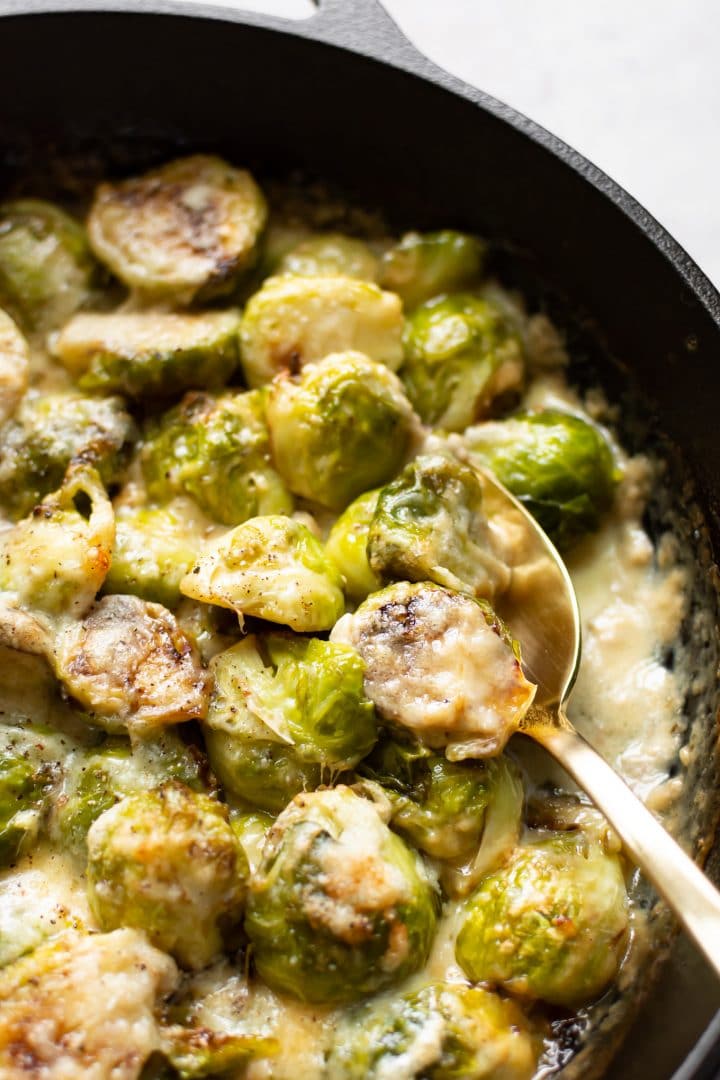 As I try to do with the majority of my recipes, I wanted this Brussels sprouts au gratin recipe to be fairly simple to execute. I decided to use an oven-proof skillet (my trusty Lodge cast iron pan is great for this) so I could start the recipe on the stove and finish it in the oven without fussing around.

Brussels sprouts are tough little suckers and need some time to reach that tender-crisp level. I debated on boiling the Brussels sprouts first (prior to doing the oven thing), but I decided on cooking them in the skillet for a while instead. It's easier to just use the one pan, and I love the nice browning you get on them by searing them first. 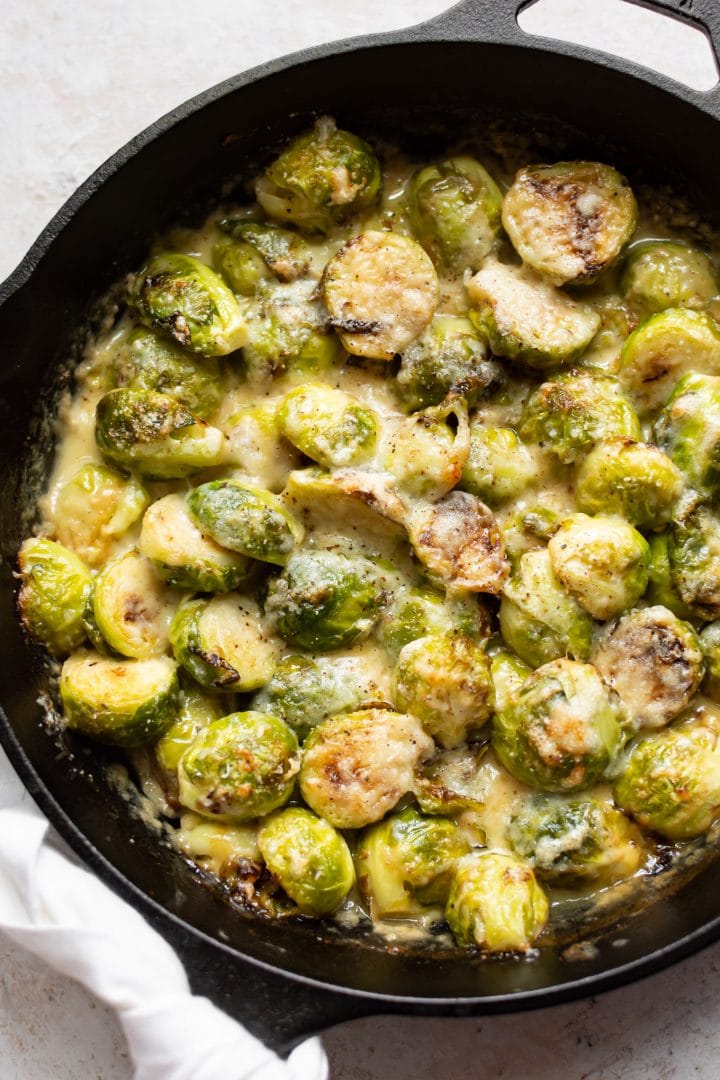 I chose Gruyère and Parmesan for this cheesy Brussels sprouts gratin. If you're not familiar with Gruyère cheese, it's a Swiss cow's milk cheese that melts really nicely. It tastes kinda nutty, salty, and earthy. It doesn't have a super strong/pungent taste in my opinion. It's often used in French onion soup and fondue.

Pro tip: I recommend grating the cheeses yourself - the taste is much better than the pre-grated ones. This is the cheese grater I love. 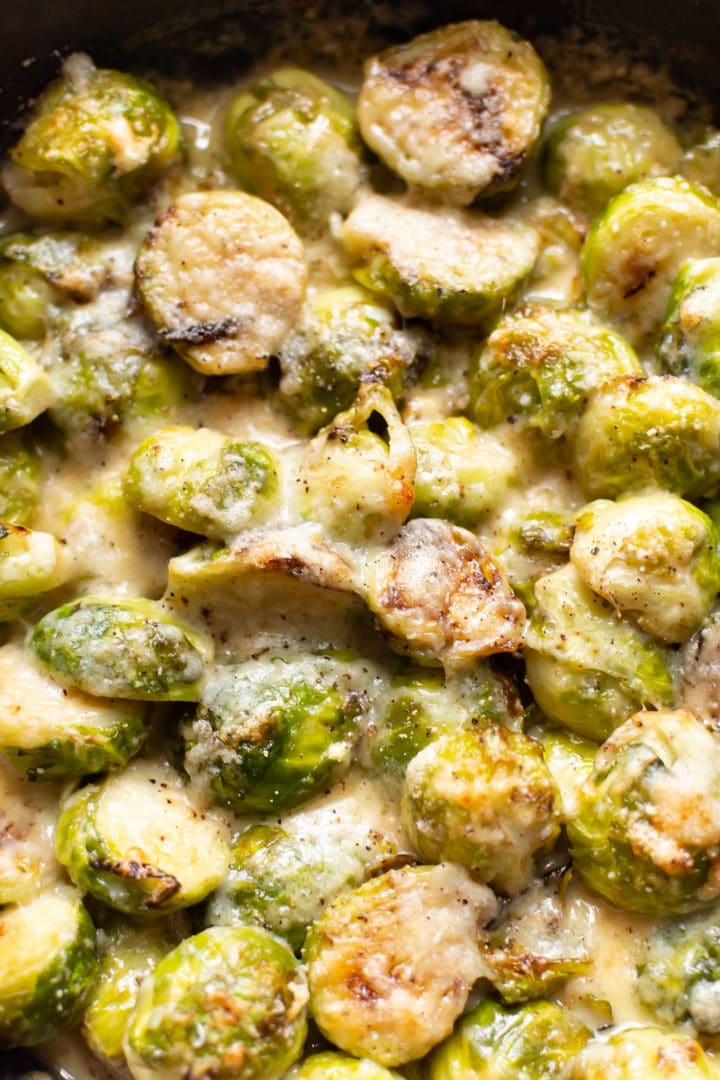 I think this dish is good no matter what, but if you're following a low-carb/keto diet (or need to cook for someone who is), this is the perfect side dish! 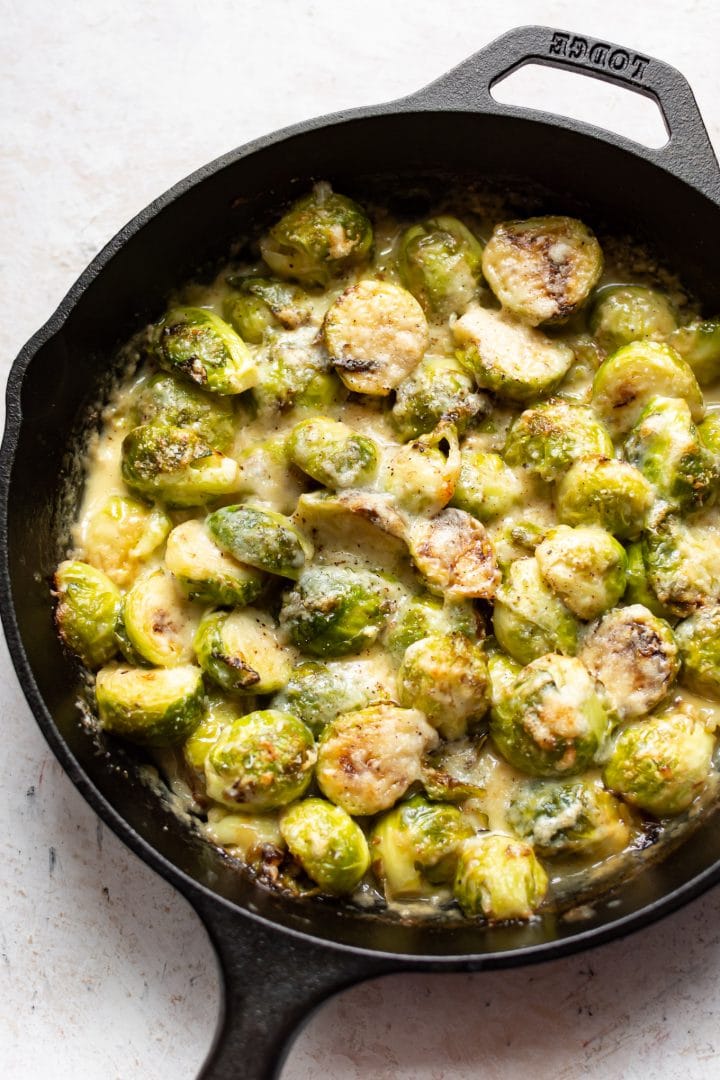 Got questions about this Brussels sprouts gratin? Let me know in the comments!

If you make this recipe, tag me #saltandlavender on Instagram 🙂 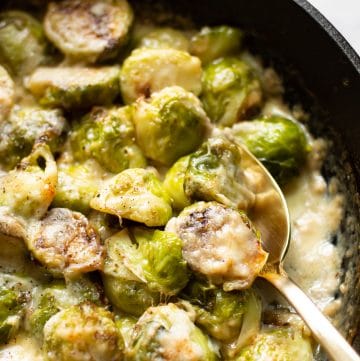