This grilled vegetable pasta salad is healthy and full of flavor! Zucchini, asparagus, corn, and yellow bell peppers are grilled to perfection and tossed with a fresh, lemony dressing. Easy to make and feeds a crowd! 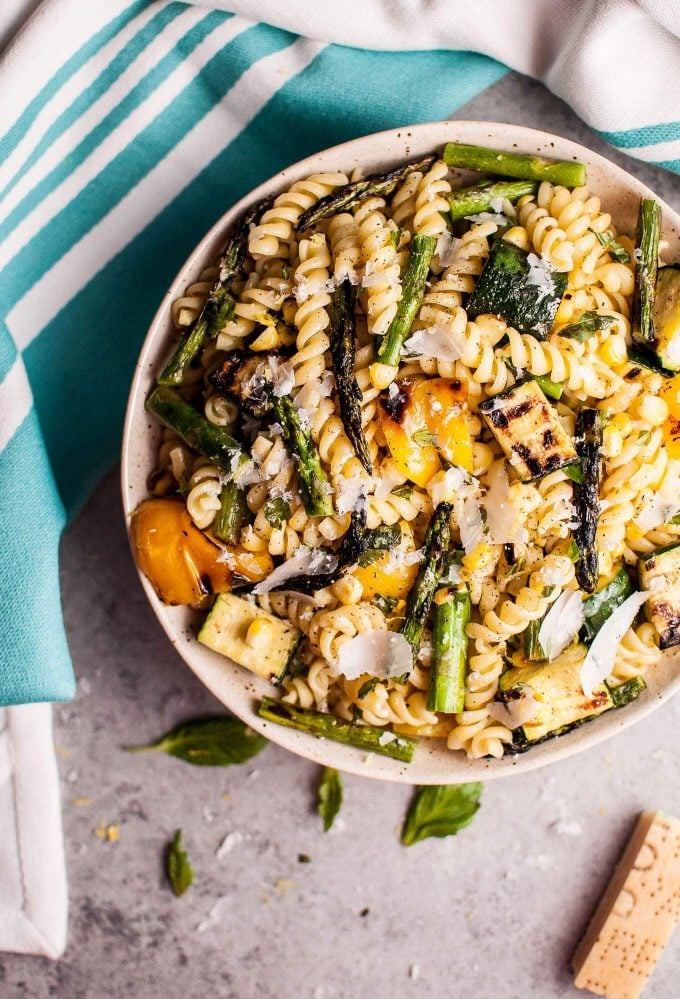 I've never really been into pasta salads, so I decided to make one that I actually like. Grilling veggies really amps up their flavor, big time!

I wanted this summer pasta salad to taste really fresh, so I added some lemon zest and basil as well. I've been using my new lemon zester nonstop (naturally, I'm the type of the person who gets giddy over kitchen gadgets).

I've had a couple duds, but this one really is the best. I bought it two days ago, and I've already used it like four times.

Shaved parmesan cheese is the cherry on top of this moreish grilled veggie pasta salad. As usual, I used my handy potato peeler to shave the cheese. I'm innovative that way. 😛 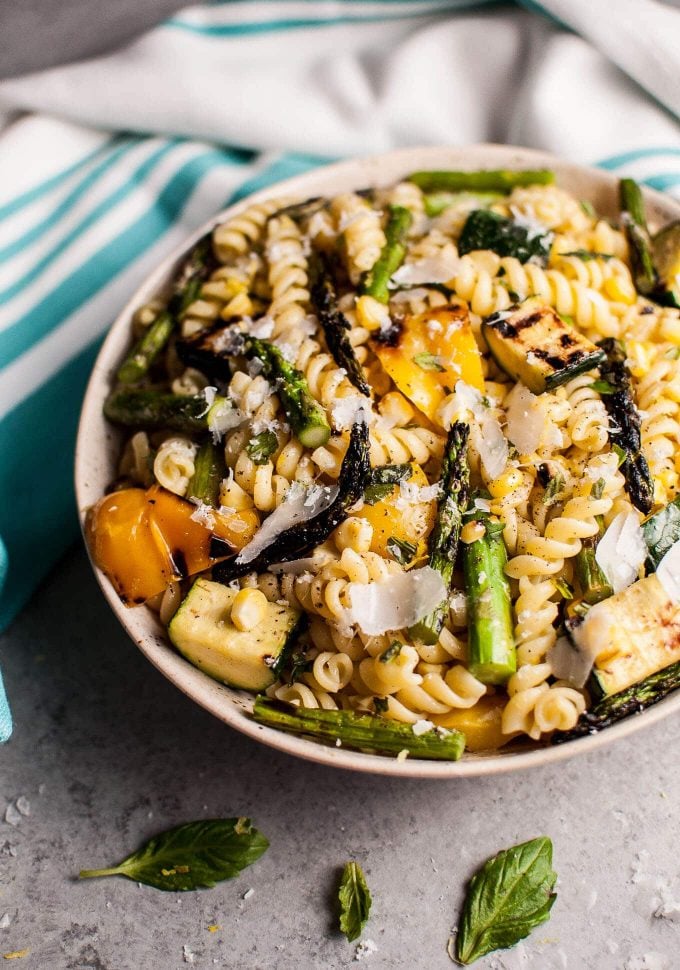 It's still August, but I've already been thinking about fall recipes, and I'm starting to panic that it's going to be winter again soon.

I know it won't be for a while, but still. Yikes. I figured I'd get in another grilling recipe or two before the season is over. 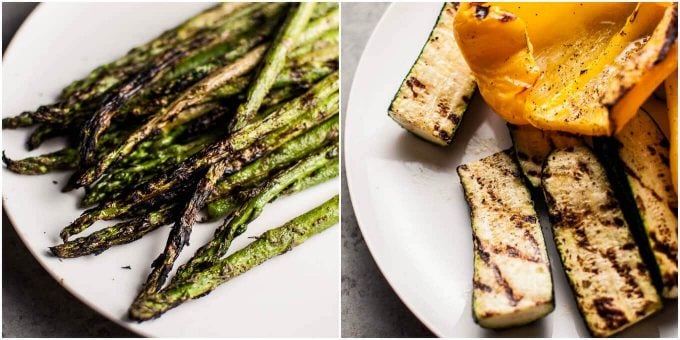 Here in Alberta we grill year-round (who cares if there's 10 feet of snow and it's -40C fun fact: -40C is also -40F), but in the blogging world you're supposed to follow seasons and stuff.

I may just surprise you and throw in the odd grilling recipe out of season, though. Rules? Pffft.

I tried to keep this recipe simple so that you wouldn't have to adjust the temperature of the BBQ for each vegetable because that would just be a pain. So, if you're looking for a tasty, straightforward recipe to prep ahead and take to a BBQ or potluck, try this! 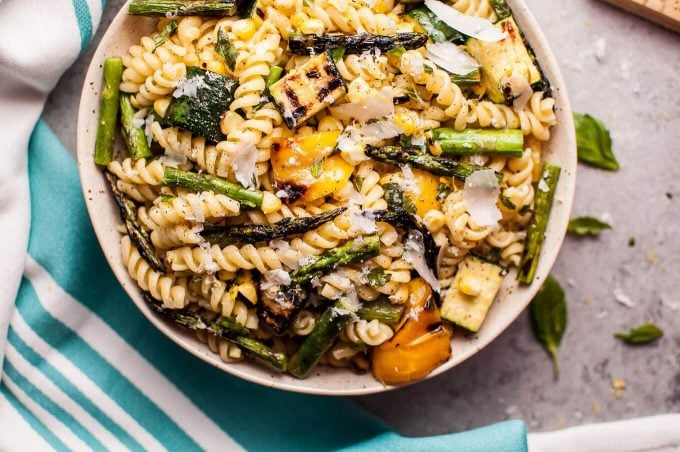 Will you make this grilled vegetable pasta salad?

Let me know in the comments below! 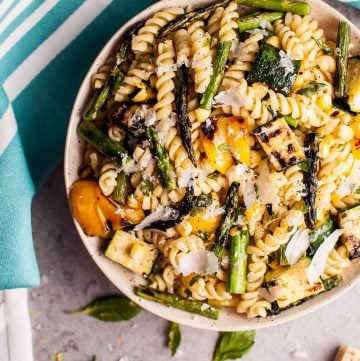 Like vegetarian pasta salads? You may also like my balsamic caprese pasta salad or my spinach, white bean, and orzo salad.