This salmon chowder recipe is incredibly flavorful and easy to make! It's loaded with smoky bacon, fresh dill, corn, carrots, and potatoes. 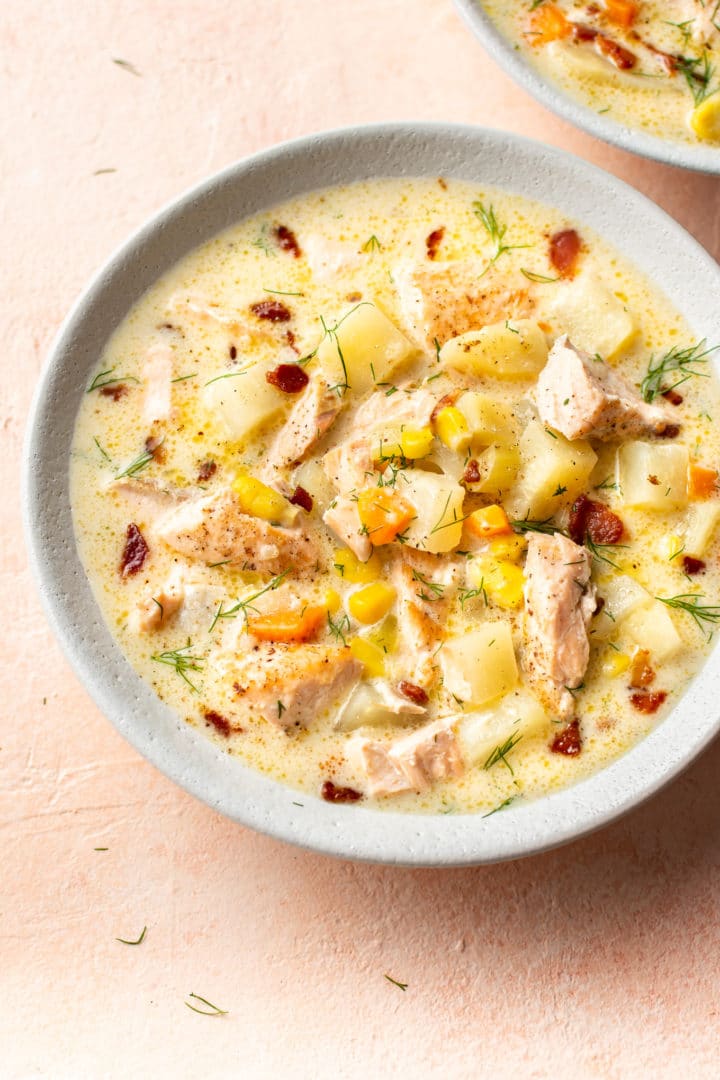 This soup is neither thick nor thin... it's somewhere in the middle. My chowder recipes (Ham & Corn Chowder, Creamy Corn Chowder, and Chicken & Corn Chowder) are a bit thicker, but I like the more delicate broth in this one.

This recipe is mom-approved (my mom loved it). 😉 It's even better the next day when the flavors get a chance to meld some more.

This is a delicious summer soup (think fresh corn and dill from the garden), but you could certainly make it year-round. This is perfectly comforting for a rainy day. 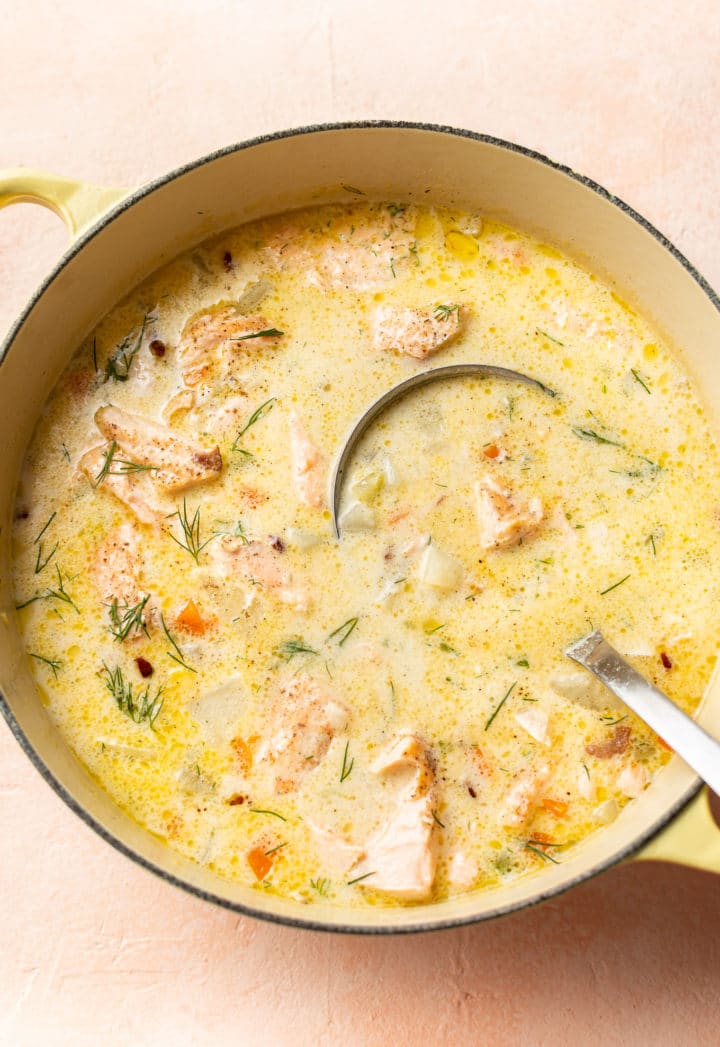 Will you give this salmon chowder recipe a try? Questions? Let me know in the comments below. 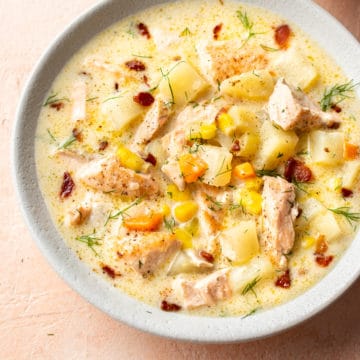