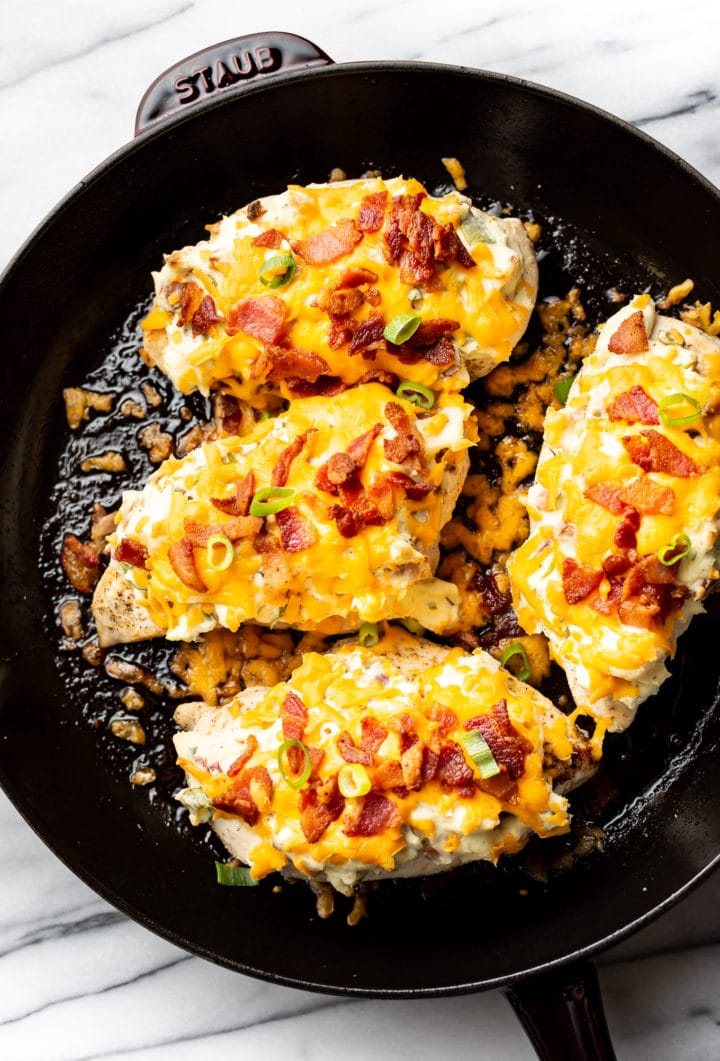 This recipe is kinda like stuffed chicken... but easier/less messy to prepare, and the cheesy layer is on top rather than inside. This way, you're also able to get more of it, which is never a bad thing in my books. This recipe doesn't take a long to make and isn't too involved (20 minutes of it is baking time), so it's great for busy weeknights when you're in need of some comfort food.

I've seen recipes that use similar ingredients that are referred to as "Crack Chicken" (presumably because the flavors are addictive). Not sure I like that title, so we're going with the mouthful of a title that I came up with. 😉 This recipe also happens to be low-carb if that's important to you or you're cooking for someone who eats that way. 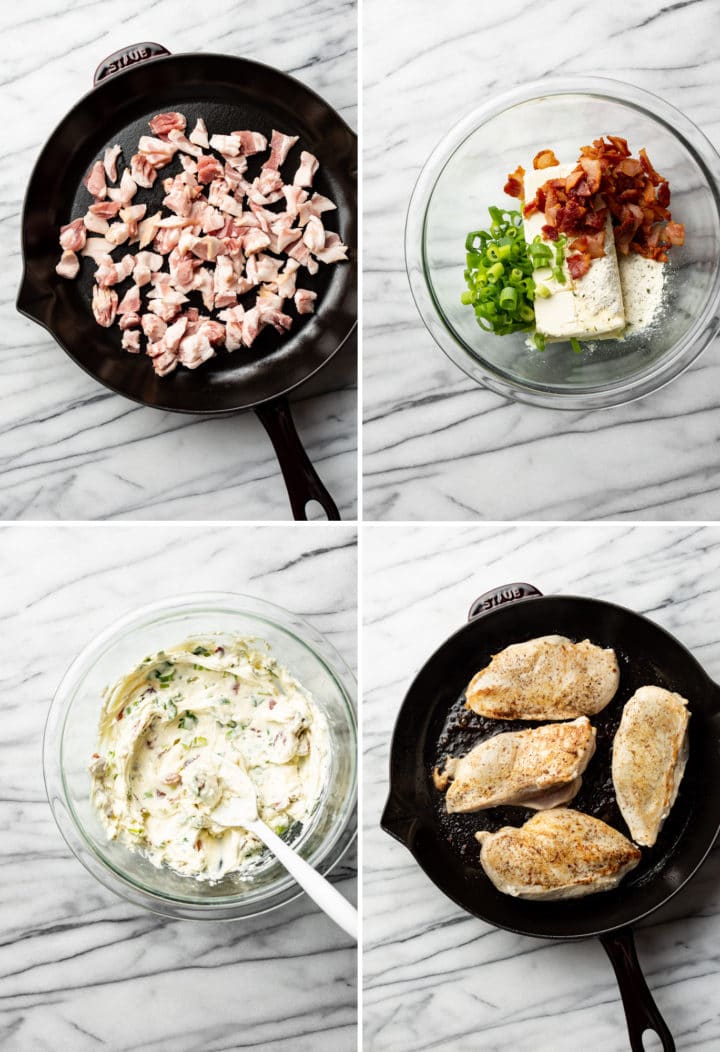 How to make ranch chicken with bacon and cheddar (overview):

Cook the bacon pieces until crispy; transfer to a plate and leave 2 tablespoons of the bacon fat in the skillet. Sear the chicken for 5 minutes/side. Meanwhile, make the cream cheese/bacon/scallion/ranch mixture, then spread it on top of each piece of chicken. Top the chicken pieces with the cheddar and remaining bacon. Bake, uncovered, for 20 minutes or until it's cooked through. (Full ingredients & instructions are in the recipe card below) 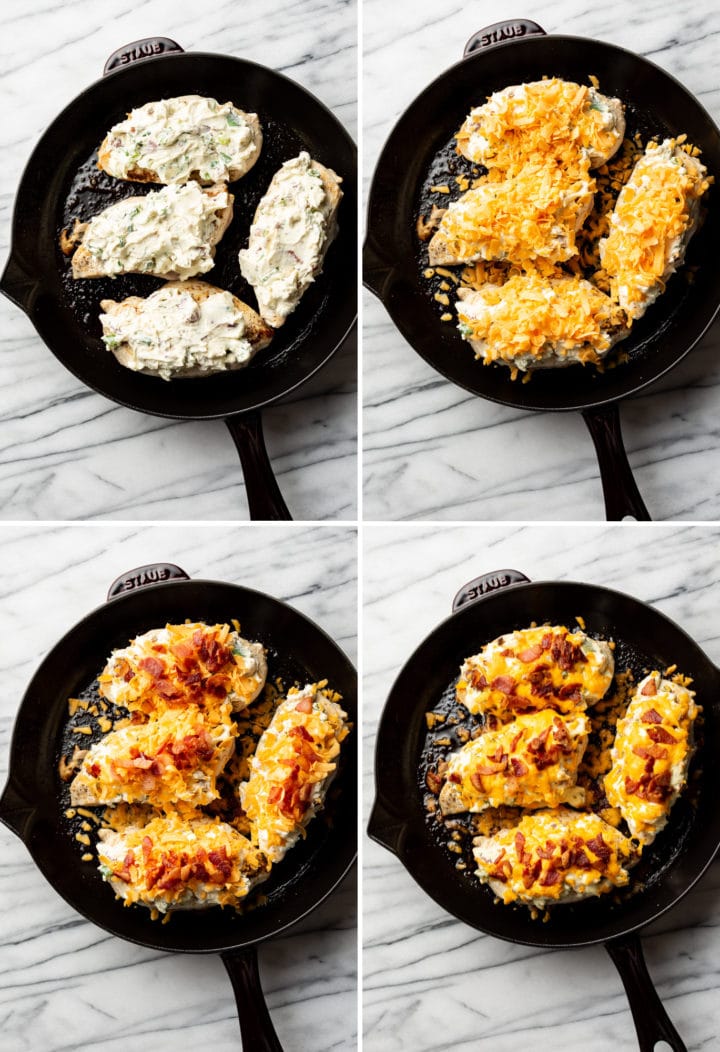 Give these tasty recipes a try: 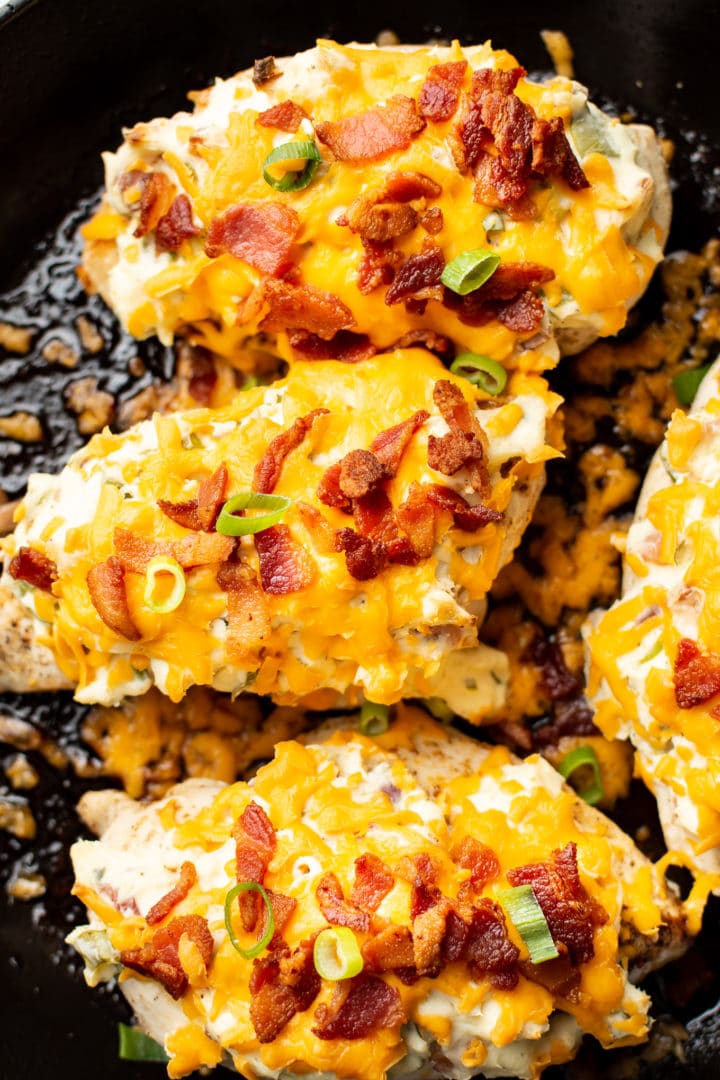 Questions about this cream cheese topped chicken? Let me know in the comments below! Hope you enjoy it. 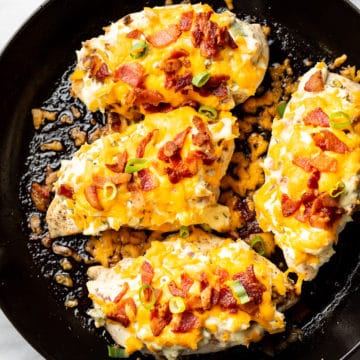