This easy loaded baked potato soup recipe is simple to make, thick, creamy, and hearty. All your favorite baked potato flavors are packed into this comforting and warming meal! 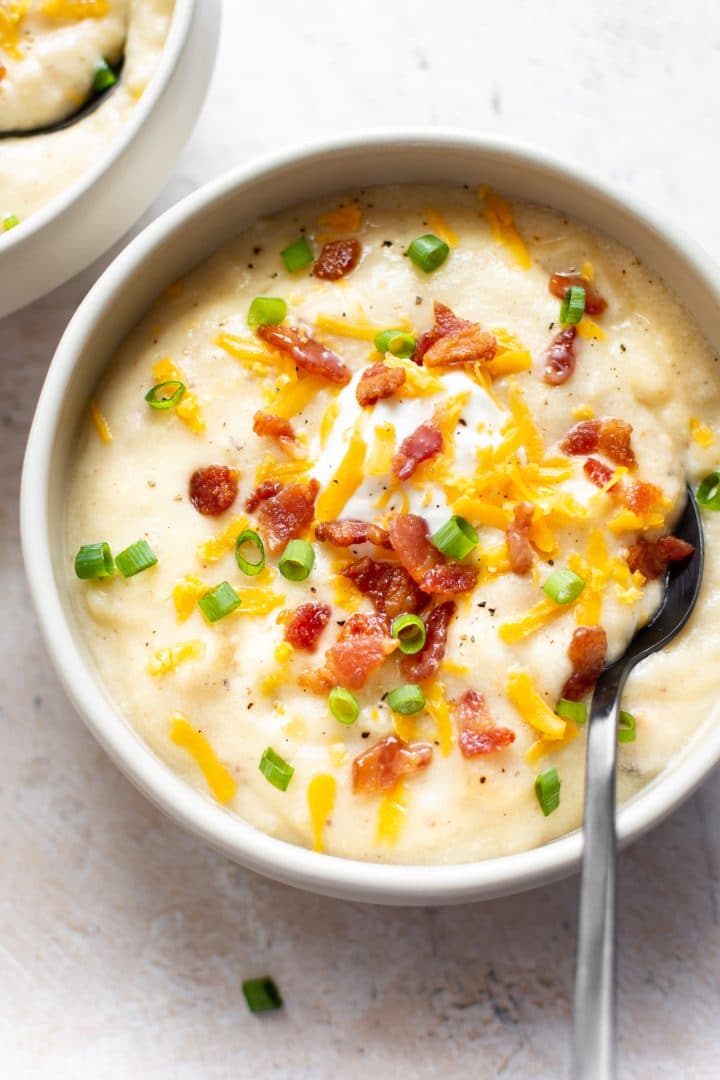 While this baked potato soup is creamy, it doesn't actually contain any heavy cream. I used whole (3%) milk, some flour to thicken it, and then a bit of sour cream at the end for taste. I also opted against actually baking the potatoes for this recipe. Techniques for making this popular recipe vary, but I find it easier to just get on with the soup and cook it all in one pot in one go. I always go with the simpler option if the taste is there!

I'm a big fan of using bacon to enhance the flavor in dishes. Instead of using butter or oil in this recipe, I use the leftover bacon grease after crisping up the bacon. 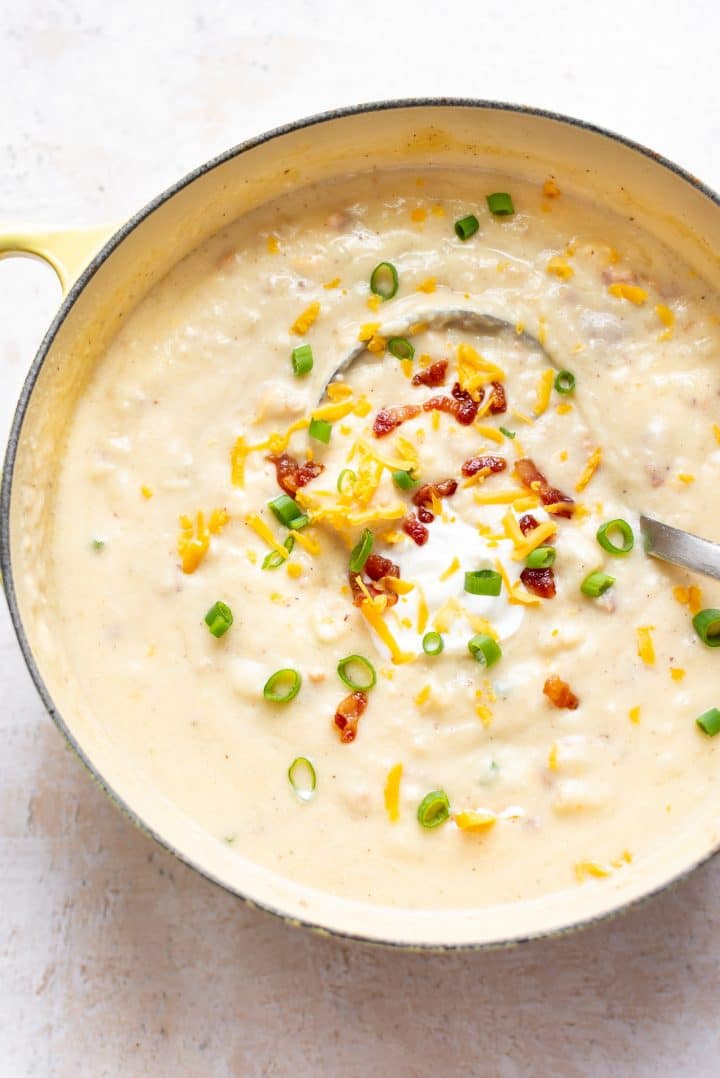 As the weather gets cooler, I hope this soup will become a staple for you!

This soup definitely eats like a meal, but some sourdough bread would be the perfect thing to serve it with if you're looking for something else. Or a side salad since this soup is pretty rich. 🙂

What kind of potatoes do I use?

I prefer using Russet (baking) potatoes in this soup because they're starchy and help thicken the soup nicely. They also fall apart fairly easily, which is good for soups I find. I peeled them, but you could always scrub them and skip the peeling step (totally up to you).

You may also like my Bacon Ranch Mashed Potatoes. 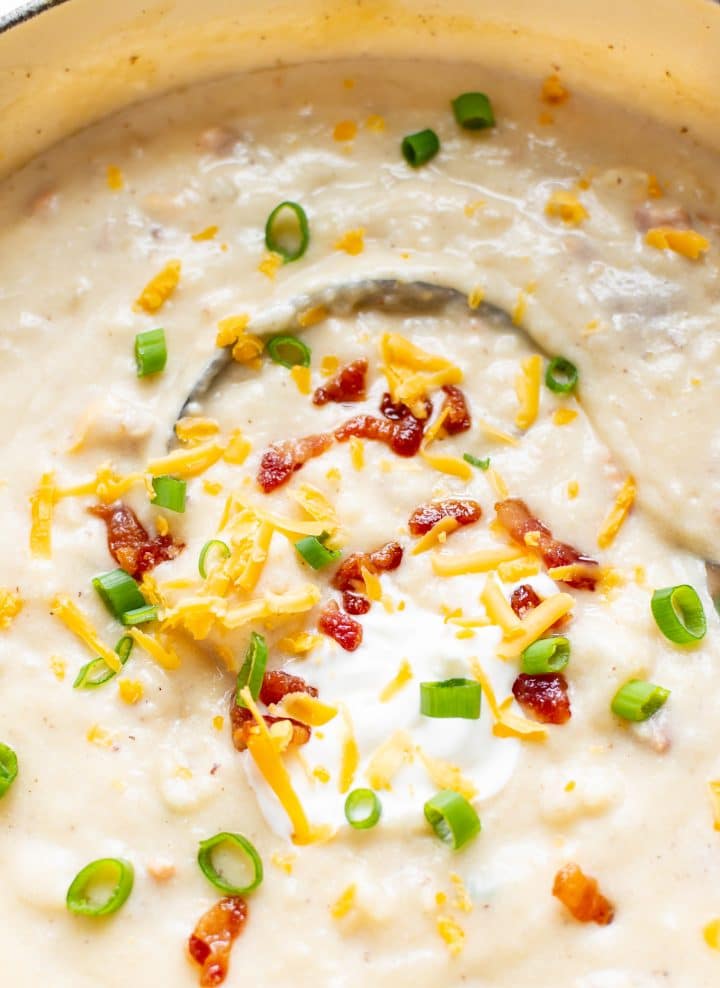 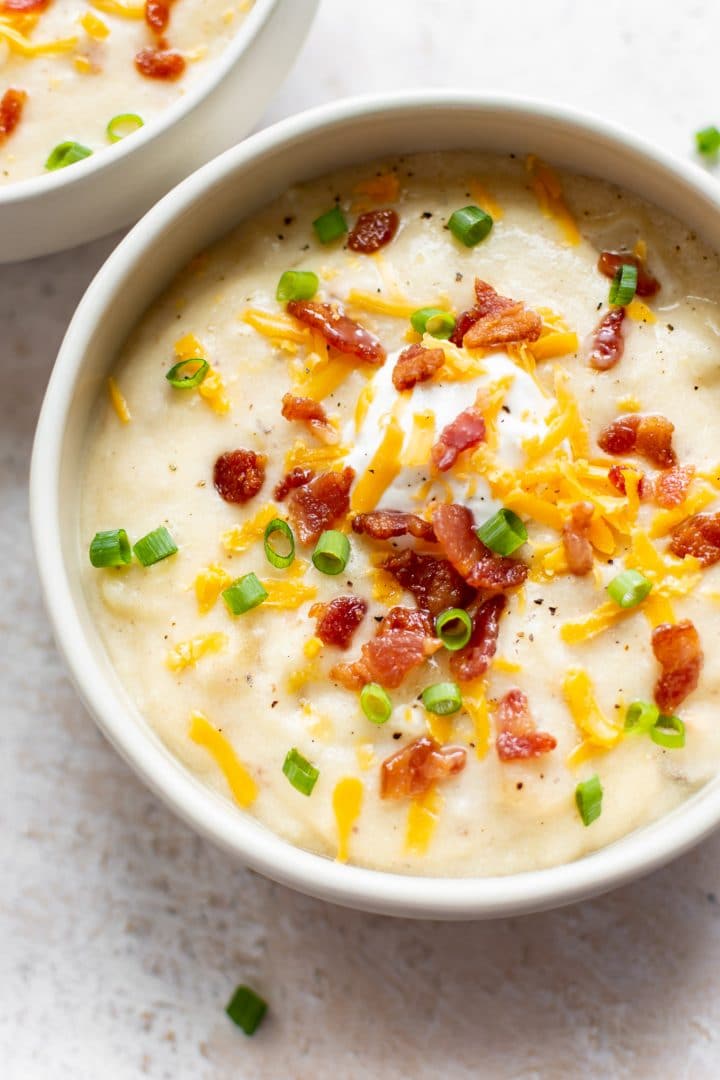 I hope you'll enjoy this loaded potato soup recipe! Questions? Leave me a comment below. 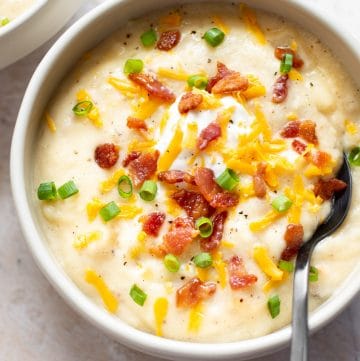