This one pot ham and pea pasta recipe is quick, simple, and a perfect way to use up leftover ham from the holidays! Ready in under 30 minutes. 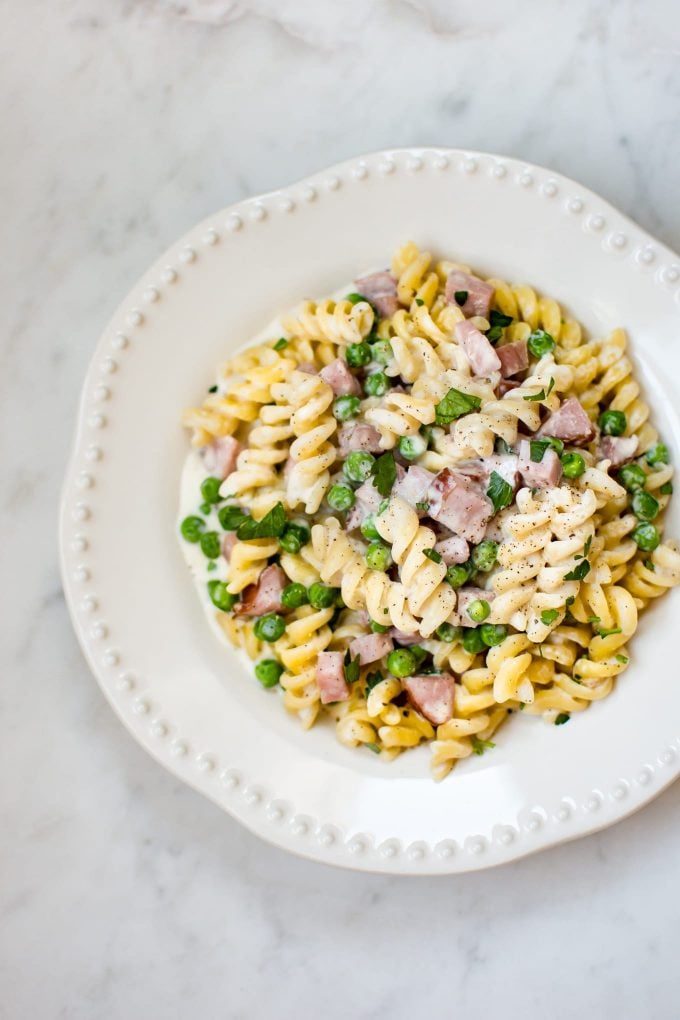 I made this creamy ham pasta recipe a one pot pasta dish because I wanted the pasta to cook in the half-and-half and work its magic to thicken the sauce. Full-fat cream is my usual go-to, but I want to explore making some of the creamy dishes I love a little bit lower in calories without sacrificing texture.

The issue I have with subbing half-and-half or milk in creamy dishes is that the sauce generally just isn't the same. Watery cream sauces are sad sauces. I am happy to report though that the starch in the pasta did thicken the sauce to an acceptable level, and we saved some calories!

It's also easier to just chuck it all in one pot, don't you think? Fewer dishes too. 😉 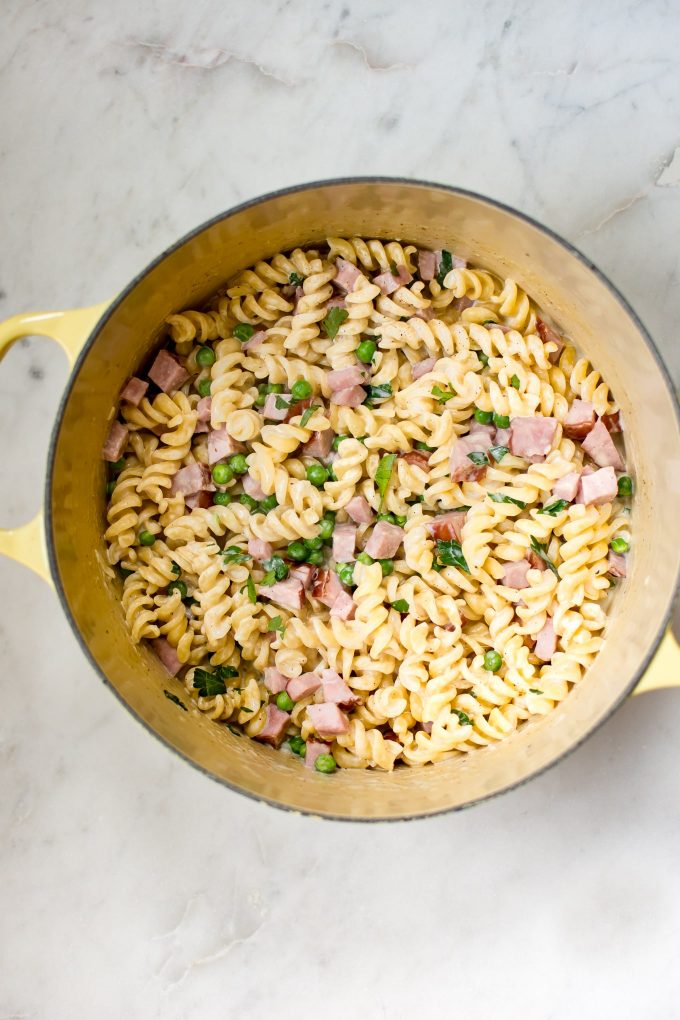 This easy ham and pea pasta recipe really couldn't be much simpler. Even developing this recipe went really well. It worked like a charm on my first try, which is really nice considering that does not always happen. 😀

The sauce is creamy but not too heavy. Prep time is minimal since you're basically just chopping an onion and some ham. 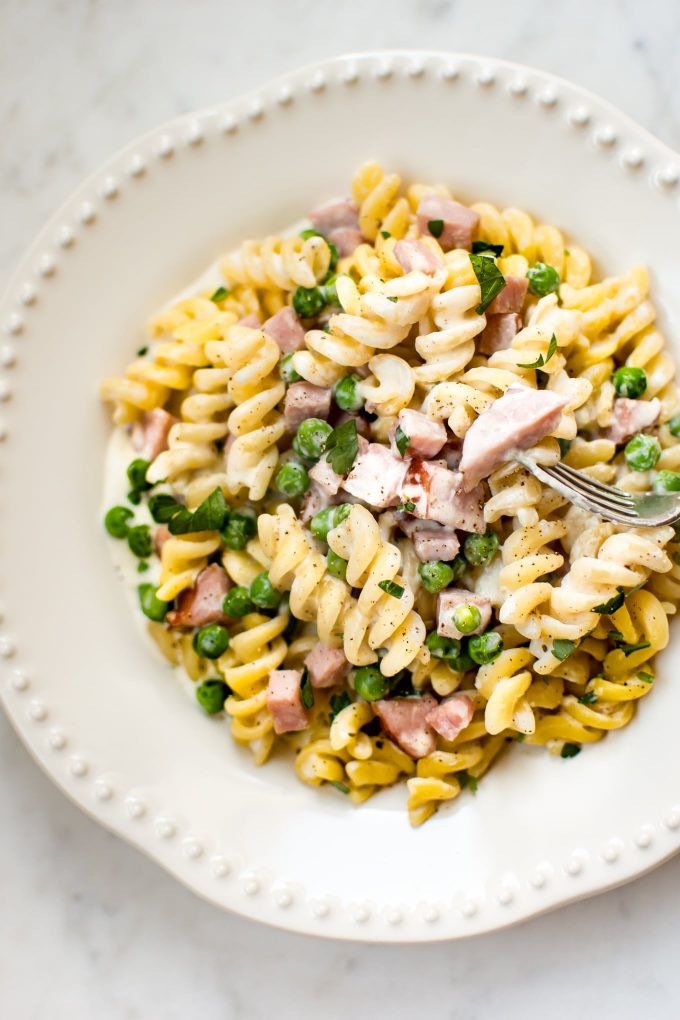 I did intend this recipe to use leftover cooked ham, but if you really like ham, you could just make this for the sake of making it, of course! 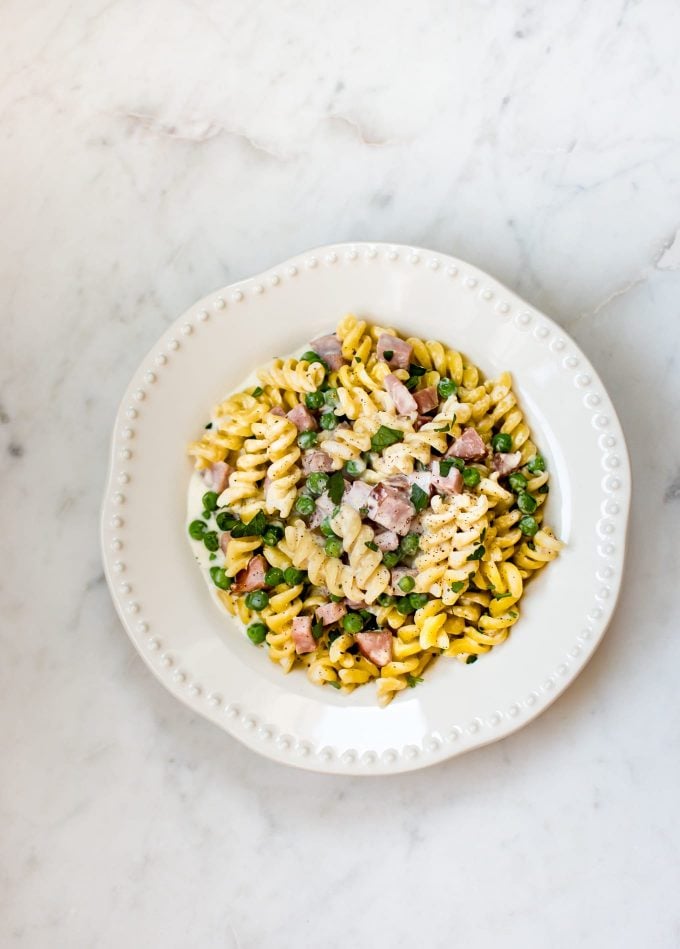 Hope you love this leftover ham pasta recipe! How do you usually use up leftover ham from Christmas, Easter, or Thanksgiving? 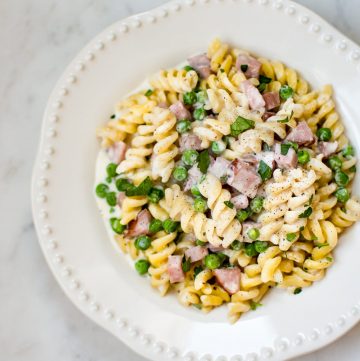