This ham and potato soup is simple, hearty, and healthy. It uses everyday ingredients, and this version has no dairy. 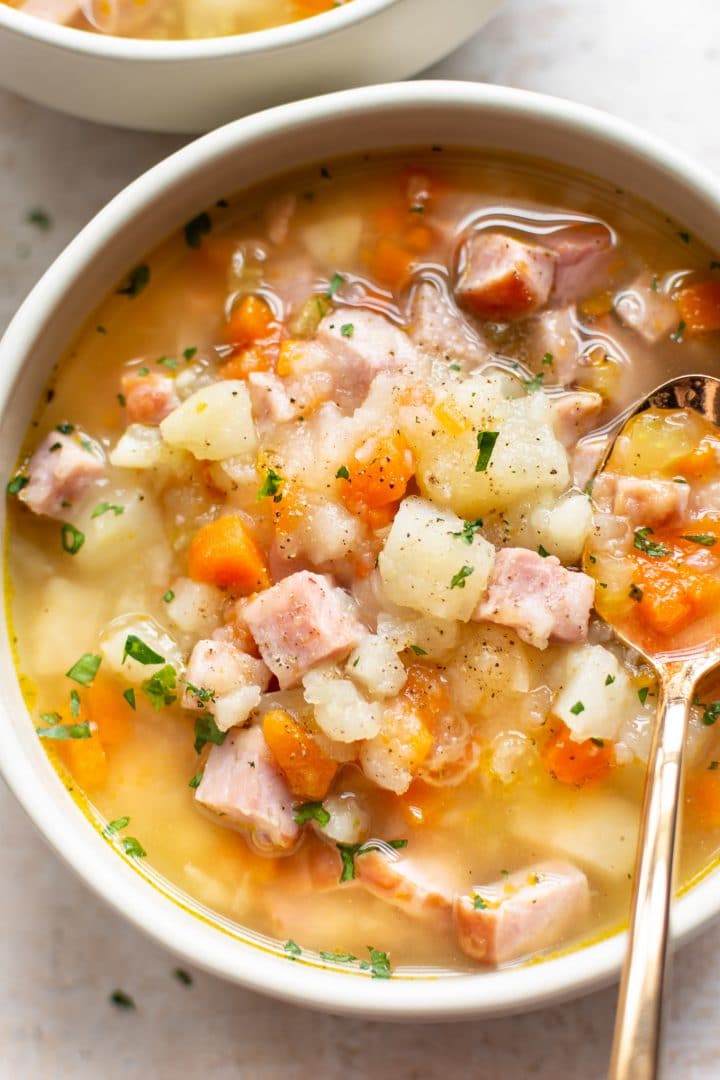 This is such a tasty and easy soup, and I already have a Crockpot ham and potato soup and an Instant Pot ham and potato soup that I posted a couple of years ago, so now you've really got options haha. I figured I should probably do a stovetop version as well... so here it is! All three are equally tasty, but some people prefer one cooking method over another. Aaaand I wanted to make this soup again.

I know that some ham and potato soups are creamy, but this one is not. I went the lighter route with this one, and it's perfectly tasty without heavy cream. That's not to say that I won't make a creamy one at some point since you all know that creamy recipes are totally my jam. 😉 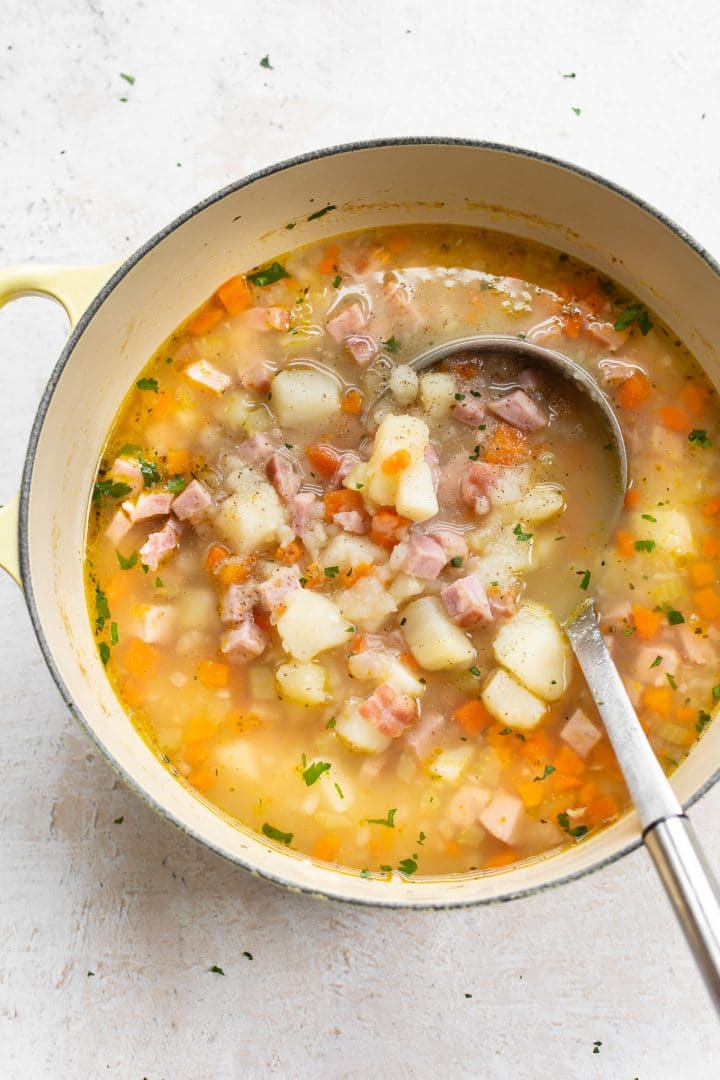 This is a great leftover ham and potato soup recipe (like if you have some leftover from Christmas or Easter or just a Sunday roast), but you can also buy ham for this recipe (like I usually do). I just buy the little (about 2 pounds) hickory smoked hams from my local grocery store.

If you're looking for more leftover ham recipes, try my Ham and White Bean Soup, this One Pot Ham and Pea Pasta, or my Dill Pickle Soup with Ham. 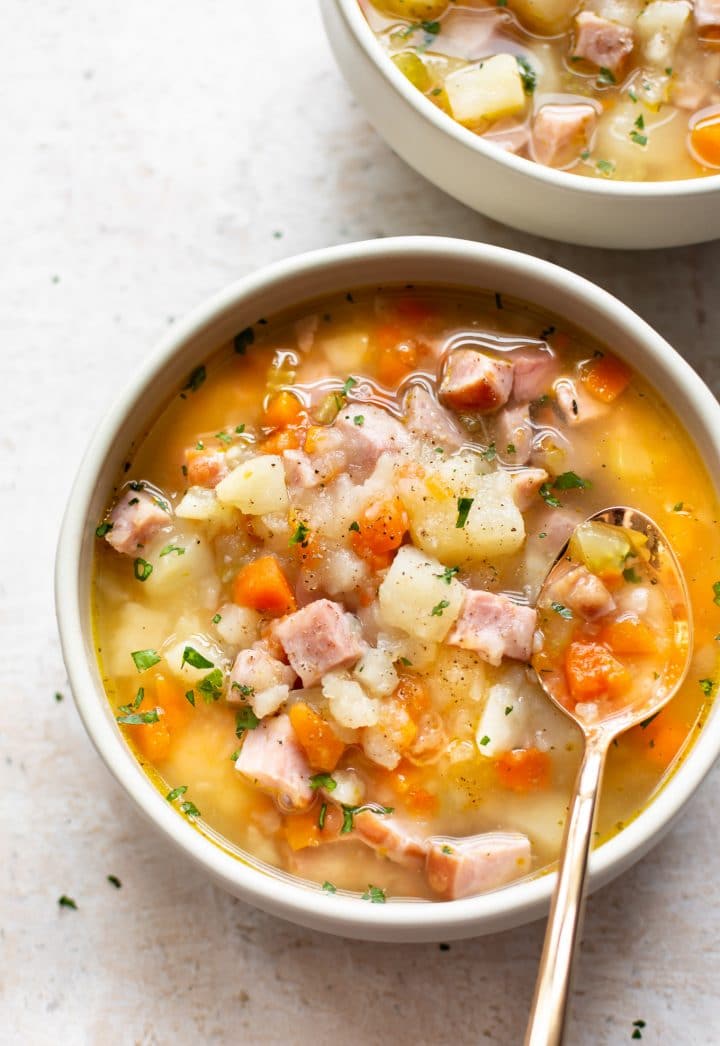 How to make ham and potato soup

(Full ingredients and instructions are in the recipe card below) 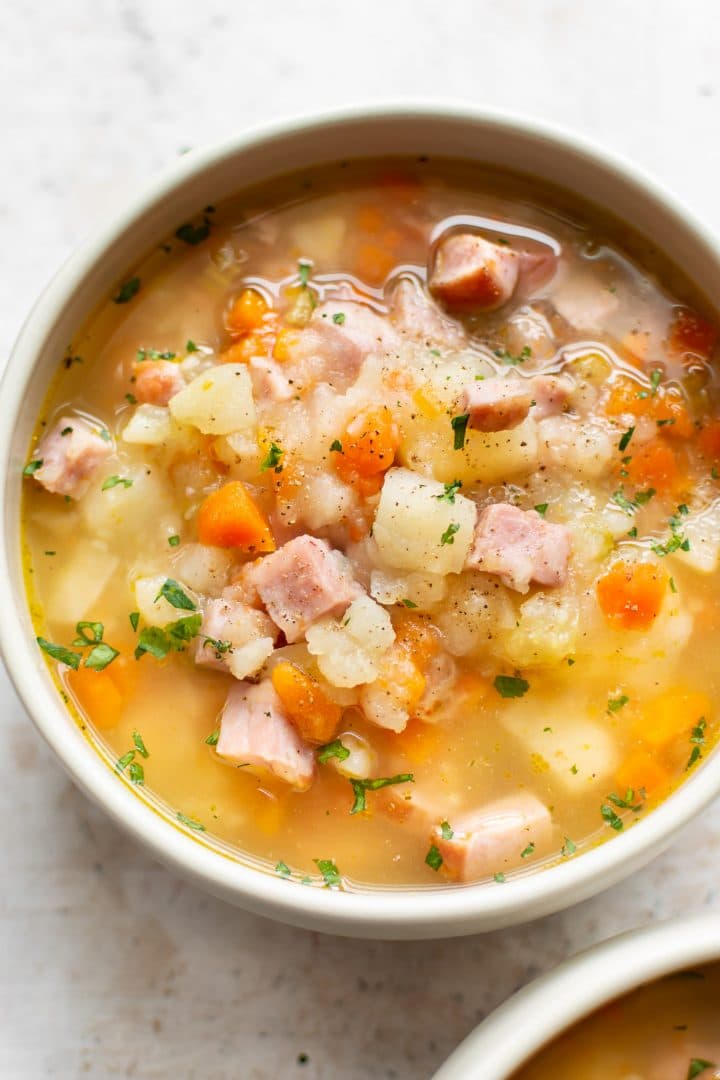 Will you give this easy ham and potato soup recipe a try?

Questions? Made this recipe? Let me know in the comments below! Tag me #saltandlavender on Instagram if you've made this or another one of my recipes. 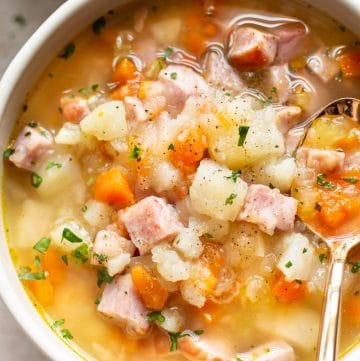