This slow cooker ham and potato soup recipe is easy, healthy, and comforting. It's a delicious set it and forget it dairy-free Crockpot soup recipe. 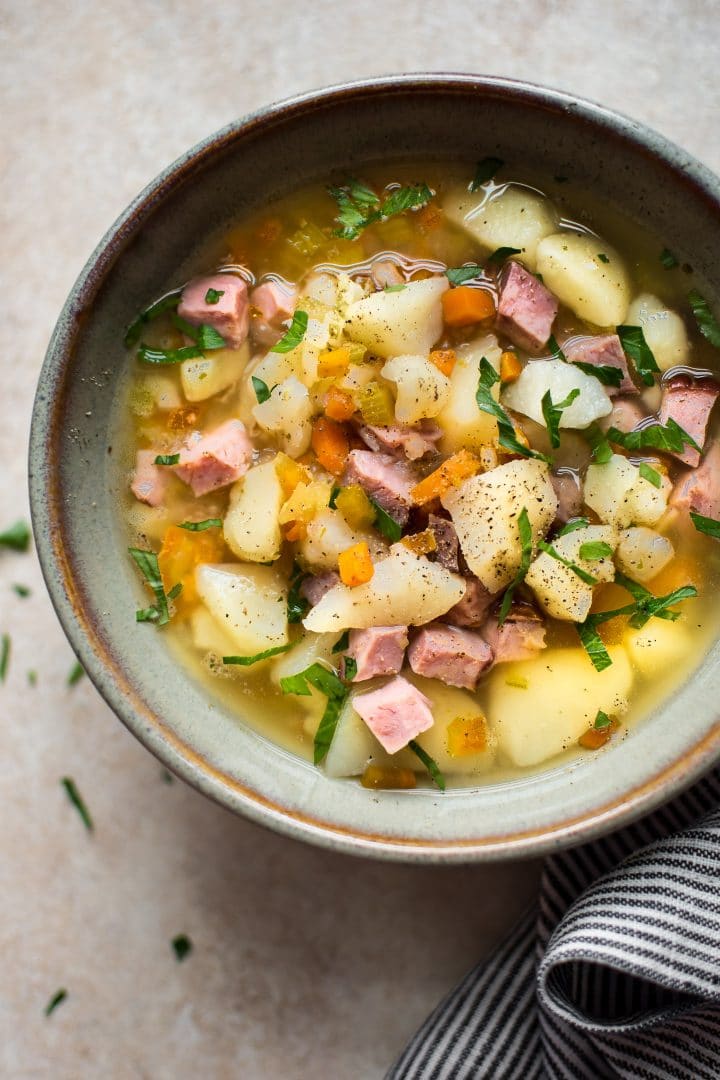 The two soups are very close in method and taste, but this one is handy for those who don't own an IP.

This easy ham and potato soup recipe is one of my favorites. It's healthy, hearty, simple, and warms your tummy. As we head into crisper days, a soup like this is definitely what's needed.

I also have more soup recipes with ham on my blog if you're interested - this ham and white bean soup and my pickle soup with smoked ham. Or try my easy baked potato soup if you want your potato fix! 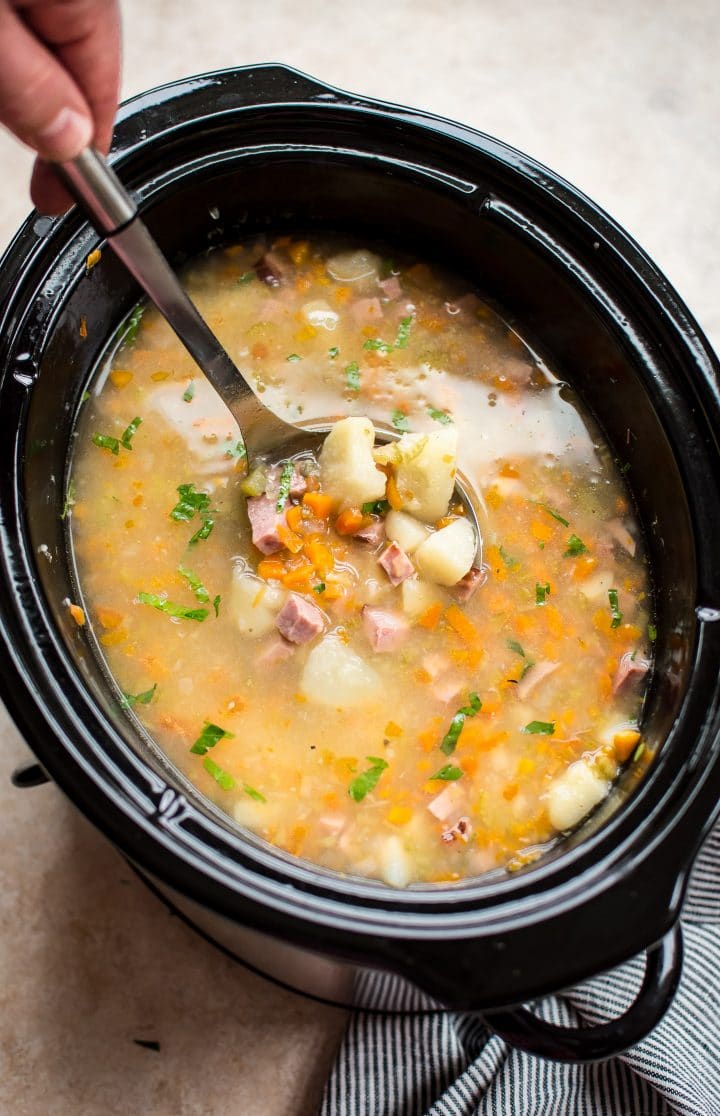 How to make Crockpot ham and potato soup

Making ham soup in a slow cooker is basically all prep, and then you're good. It takes me about 20 minutes to get everything chopped and ready - not bad.

You then slow cook it for 8 hours or until the potatoes are nice and tender. I like to mash some of the potatoes to thicken the broth a bit, but that step is optional.

I bought a piece of hickory smoked ham from my local grocery store for this soup, but you could also use leftover ham from Easter or Christmas (or whenever). This is definitely one tasty soup from leftover ham. 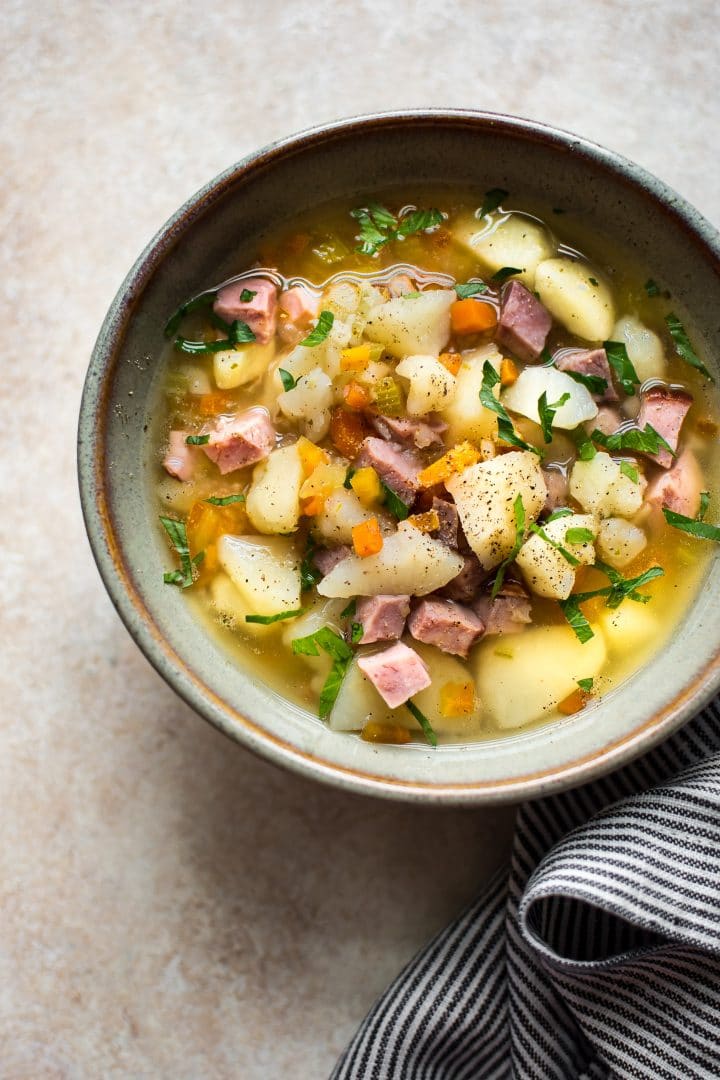 Hope you'll give this Crockpot ham and potato soup recipe a try!

Questions? Let me know in the comments below. 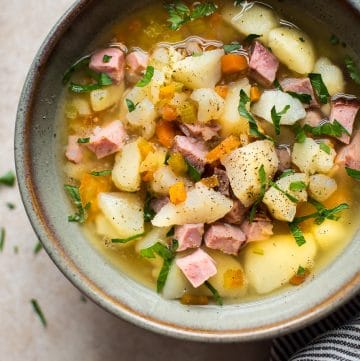