This Instant Pot ham and potato soup recipe is easy, healthy, quick, and dairy-free. It has a slow-cooked taste with none of the waiting! Ready in a little over half an hour.

This electric pressure cooker ham and potato soup is surprisingly flavorful. It doesn't contain many ingredients, either! This potato soup is made without cream (even though I love the stuff) because life is all about balance.

Not to say my usual recipes are tasteless (ha), but this is exactly the type of recipe that benefits from being cooked in an Instant Pot. It cooks for 13 minutes (including sautéing), and it tastes like it's been cooked for hours. 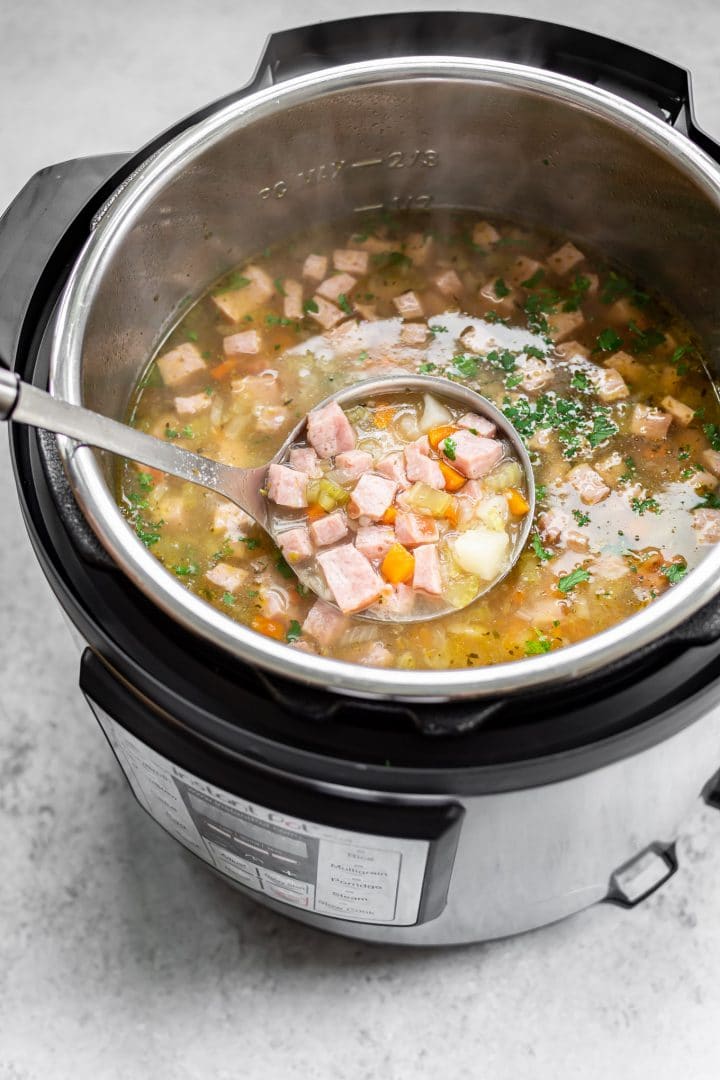 I was sad when I finished the leftovers. This healthy Instant Pot potato soup is simple and hearty, and I couldn't get enough. Aside from the ham (you'll probably have to buy it for this recipe), this recipe contains everyday ingredients that you're likely to already have in your kitchen.

The key to making this taste so good so quickly is cooking it under pressure.

Is it weird that I now hear the Queen/David Bowie song whenever I use/think about my Instant Pot? Probably. I sometimes even make my husband sing it while my Instant Pot is doing its thing. Yes, I'm annoying. 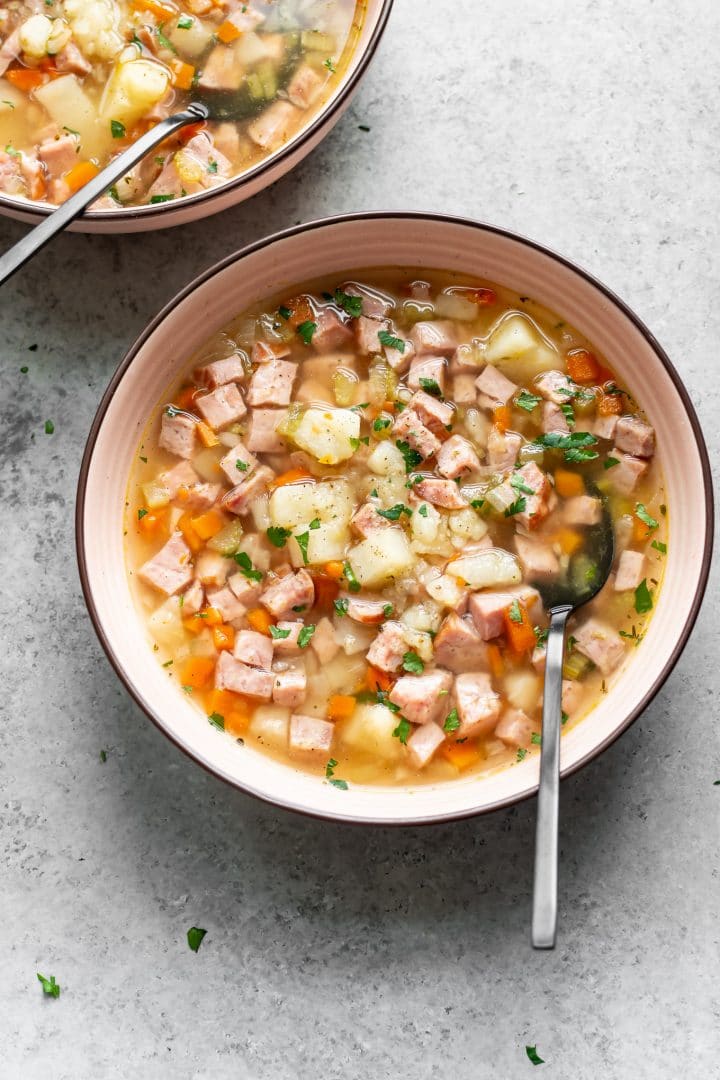 When I make this soup, I typically buy a piece of hickory smoked ham (or those mini ones that weigh around 2 pounds) from my local grocery store, but this would also be a great recipe if you cooked a large ham for a special occasion like Christmas or Easter or just a Sunday lunch. This makes the perfect leftover ham soup. If you're looking for more leftover ham recipes, you may also like my leftover ham and pea pasta or my ham and white bean soup.

This easy ham and potato soup recipe doesn't need super precise measurements. I've made this with exactly 1 pound of ham as well as a bit over a pound. I've made this with as little as 2 pounds of Russet potatoes and as much as almost 3 pounds. Again, anything around that mark is fine and will work just fine.

Keep in mind that the more "stuff" you add to your Instant Pot, the longer it'll take to get up to pressure, but generally it shouldn't take more than about 15 minutes or so. 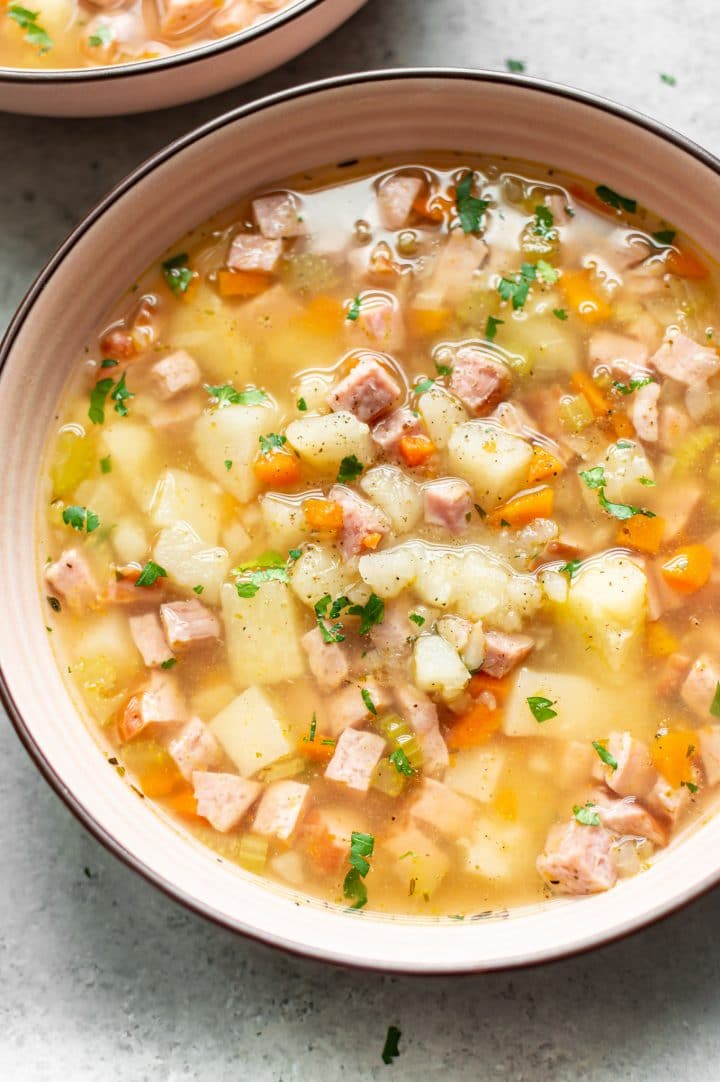 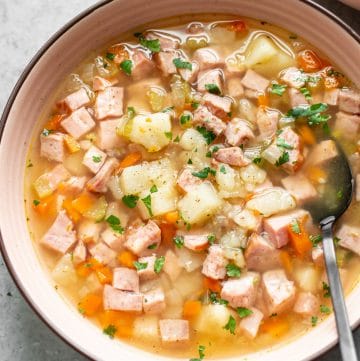