This Instant Pot Zuppa Toscana recipe is sure to become a family favorite! The classic Olive Garden soup with sausage, bacon, potatoes, kale, and cream is easily made in the electric pressure cooker. 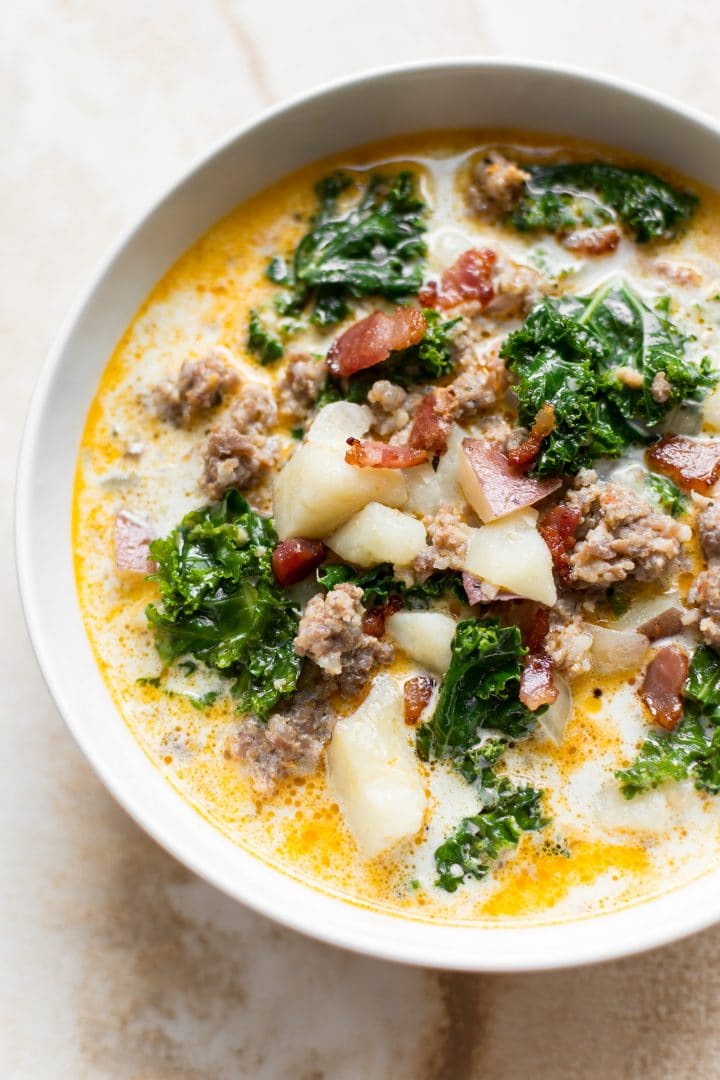 Back in 2015 I posted my version of the stove-top Zuppa Toscana, and I recently re-published the post with updated photos. I figured why not hop on the Instant Pot wagon and make it in there? It's a great way to infuse flavor quickly.

This recipe is pretty similar to the regular version (tastes practically the same), but sometimes people prefer making things in their electric pressure cooker. And why not? It frees up your stove.

If you haven't tried Zuppa Toscana (or seen the millions of copycat recipes on Pinterest), I would suggest that it's definitely worth making. I don't often do copycat recipes (like why not just go get a Big Mac instead of putting in all the effort to make one at home?), but this soup is easy and fairly quick to make.

This soup isn't particularly thick (it's meant to be quite brothy), but you could always whisk in a cornstarch slurry if you want to thicken it up a little bit or even mash some of the potatoes to give it more of a chunky texture. I like it as-is, though.

How to make Zuppa Toscana in the Instant Pot

Start by sautéing the bacon and sausage in the Instant Pot until browned & crispy. You then add in the onions and garlic, followed by the chicken broth, water, potatoes, and Italian seasoning. Cook on high pressure for 8 minutes, then do a quick release and stir in the cream and kale. Close the lid again and let it sit for a few minutes until the kale wilts. Season to taste and enjoy (full ingredients & instructions are in the recipe card below).

If you like Zuppa Toscana, you may also like my sausage, kale, and gnocchi soup - it has similar flavors. 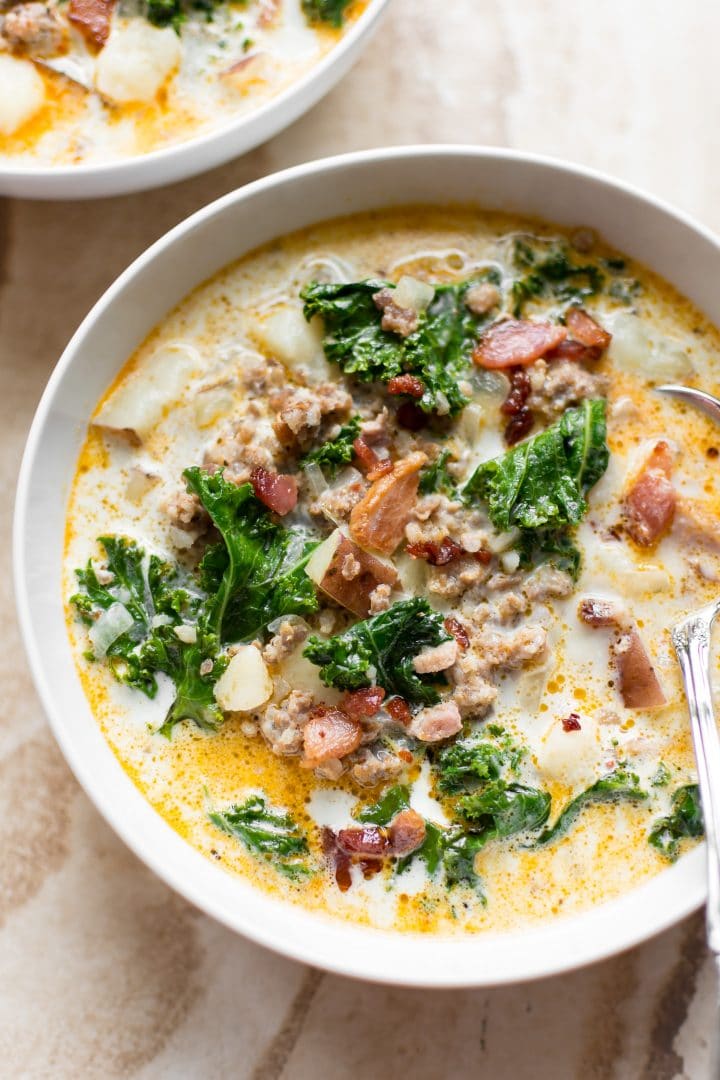 Will you try making Zuppa Toscana in your Instant Pot?

Questions? Ask me in the comments below. 🙂 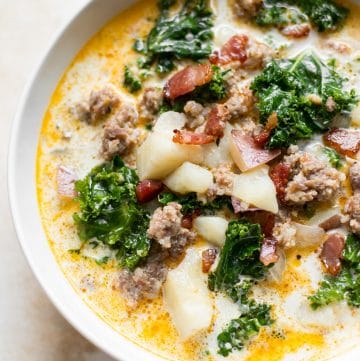