This sautéed spinach with bacon recipe is delicious, simple and fast to make, and only uses a handful of ingredients. 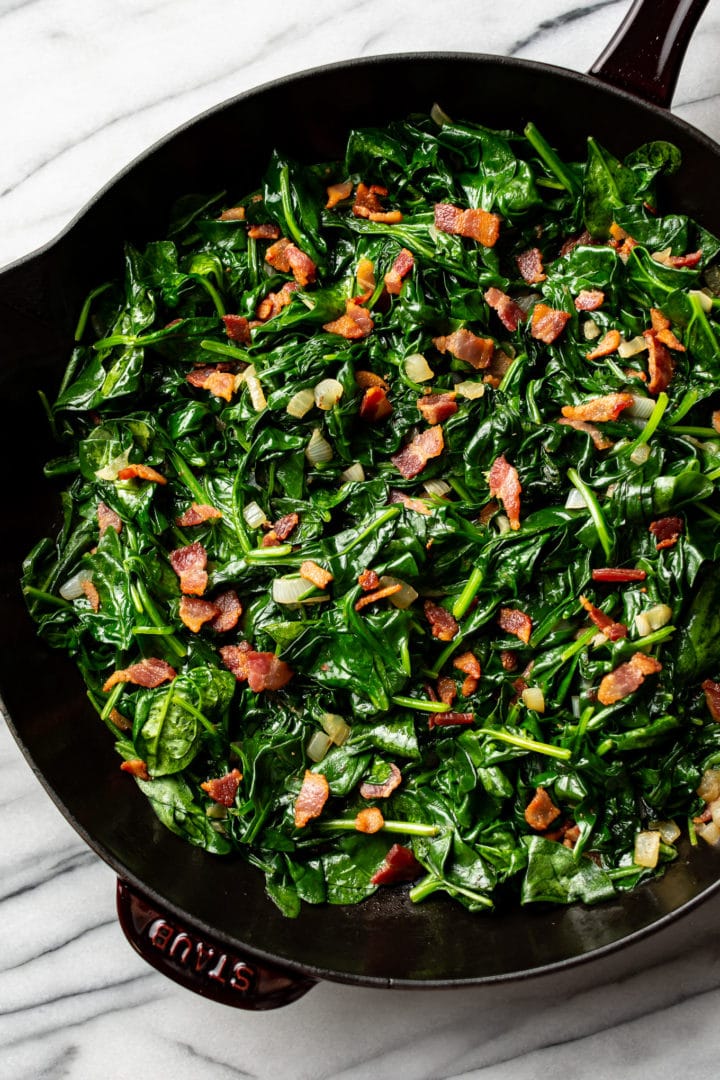 Sautéed spinach is one of those classic side dishes that you've probably had at some point in your life. If you're a spinach lover, maybe it's a favorite, but I know that it's "just ok" for many people, so that's why I put this tasty little twist on it. 🙂 Will it convert someone who dislikes spinach into a fan? Who knows. There is only one way to find out, but I am a firm believer that bacon makes everything better!

Looking for more spinach side dishes? Try my Creamed Spinach (with Frozen or Fresh Spinach!) or Creamy Garlic Spinach Orzo.

Fry the bacon in a large skillet, then transfer it to a plate, leaving 2-3 tablespoons of the delicious leftover bacon grease in the pan. Sauté the onion until softened, then add about half of the spinach in and toss until it's wilted, adding more spinach until you've used it all up. Spinach is mostly made up of water, so yes, it will look like a TON of spinach, and it won't all fit into the pan in one go. It's all good, though, because it'll only take about 5 minutes for it to wilt right down. Toss with the cooked bacon and serve right away. (Full ingredients & instructions are in the recipe card below) 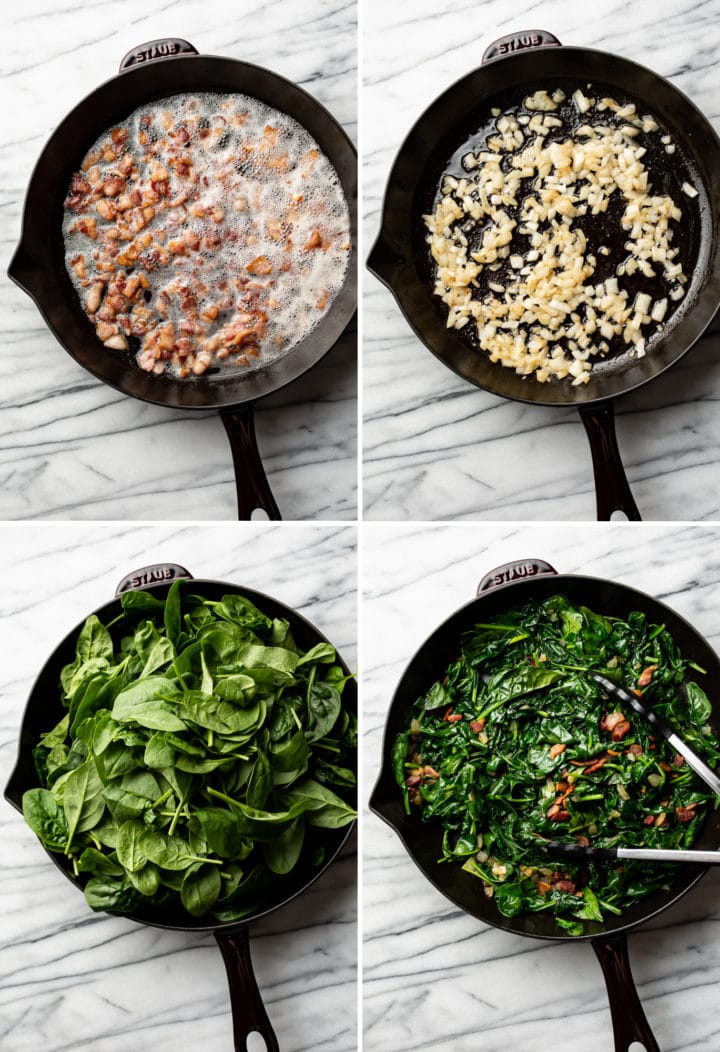 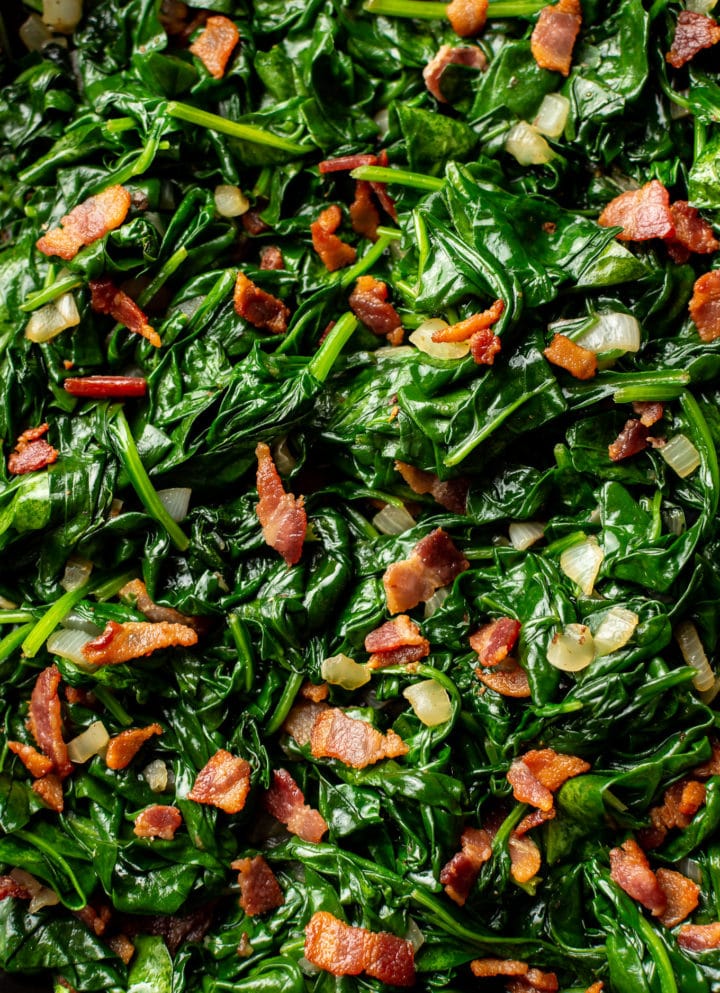 Questions about this spinach and bacon recipe? Let me know in the comments below!