This baked spaghetti recipe is made with ground beef, marinara sauce, and other simple ingredients. It's comforting and has the tastiest top cheese layer baked to golden perfection! 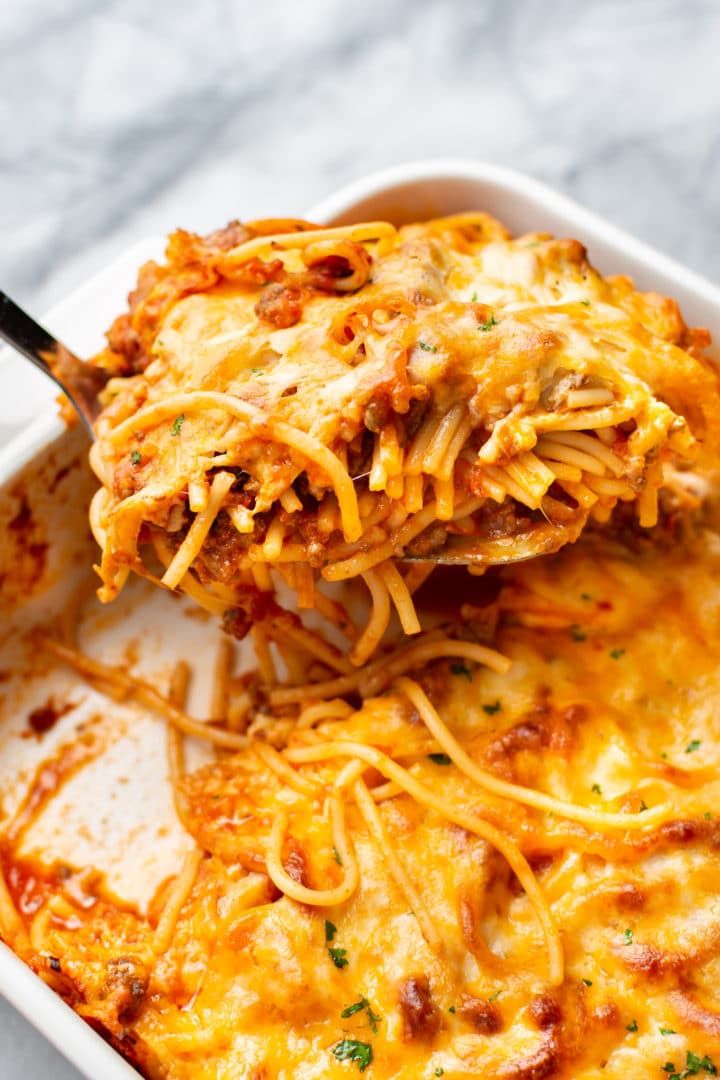 How to make baked spaghetti (overview):

You start by cooking the ground beef and onion mixture, and then you add the marinara sauce and warm it through. While you're cooking the beef, boil a pack of spaghetti. Once that's done, drain the spaghetti and add it to a 9x13 baking dish. Toss with the beef sauce mixture, top with the cheeses, and bake. Full ingredients & instructions are in the recipe card below.

This cheesy baked spaghetti is easy enough to make on a weeknight, but it's also one of those recipes that would be great to make on a Sunday so you have leftovers for a few meals. It definitely feeds a crowd (it makes 6-8 portions)! 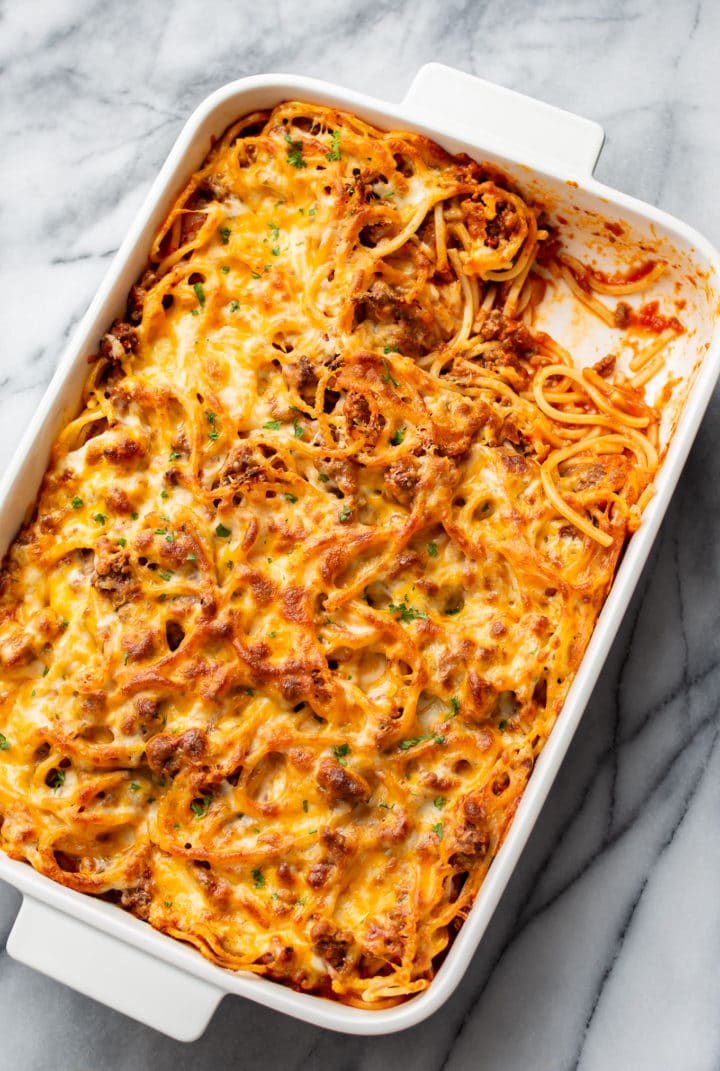 What to serve with baked spaghetti?

Try some garlic bread/knots or a side salad (Caesar would go great... try my homemade Caesar dressing). 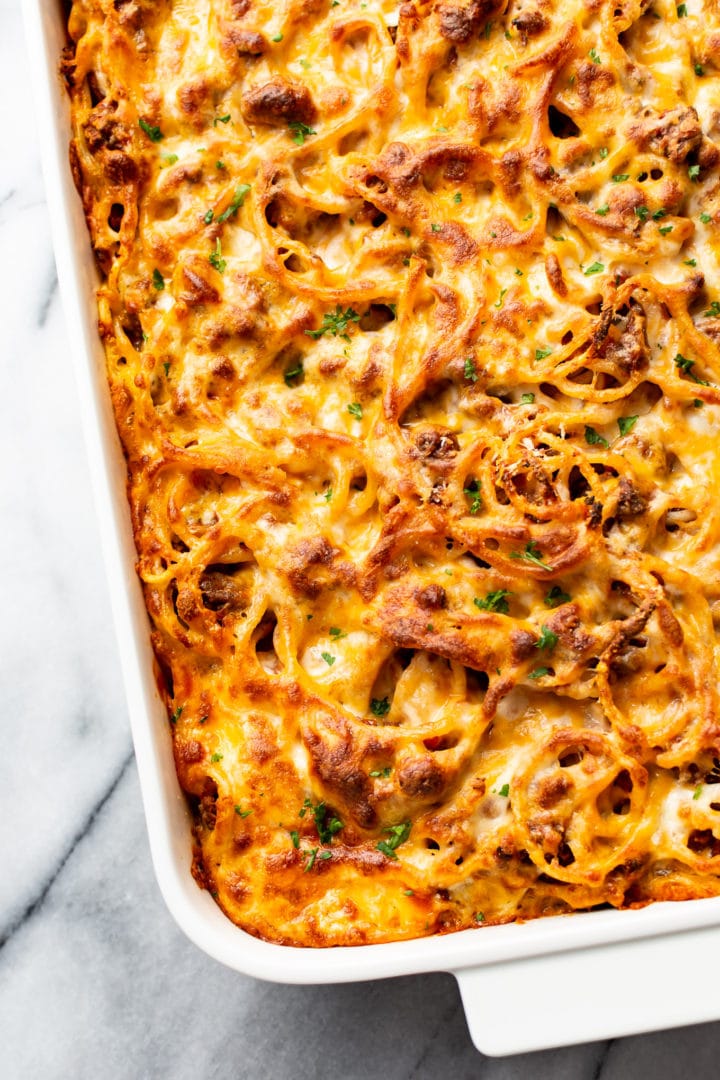 Made this baked spaghetti casserole? Questions? Talk to me in the comments below. 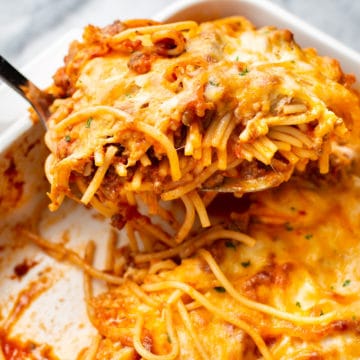