Tender chicken breast is coated in parmesan cheese and fried to golden perfection in a buttery lemon sauce in this Chicken Francese recipe. You can make this restaurant favorite at home in under half an hour!

I don't know about you, but butter, lemon, and fried cheese always sounds good to me. I often order Chicken Francese (also known as Chicken Française) when I go to my favorite Italian restaurant.

It's pretty much the only time I will ever order chicken in a restaurant other than Raising Cane's chicken fingers (OMG so good).

Sadly, my favorite Italian restaurant isn't in the country I live in, so I sometimes have to make do and make my own version of this dish. It isn't exactly the same, but that's ok.

My version is quick and easy and hits the spot!

The Francese sauce is made without wine (I used chicken broth instead). You could always use white wine instead if you wanted to.

What's the difference between Chicken Francese and Chicken Piccata?

Chicken Francese is quite similar to chicken piccata, but the chicken is coated in parmesan instead of breadcrumbs, and the sauce doesn't have capers. 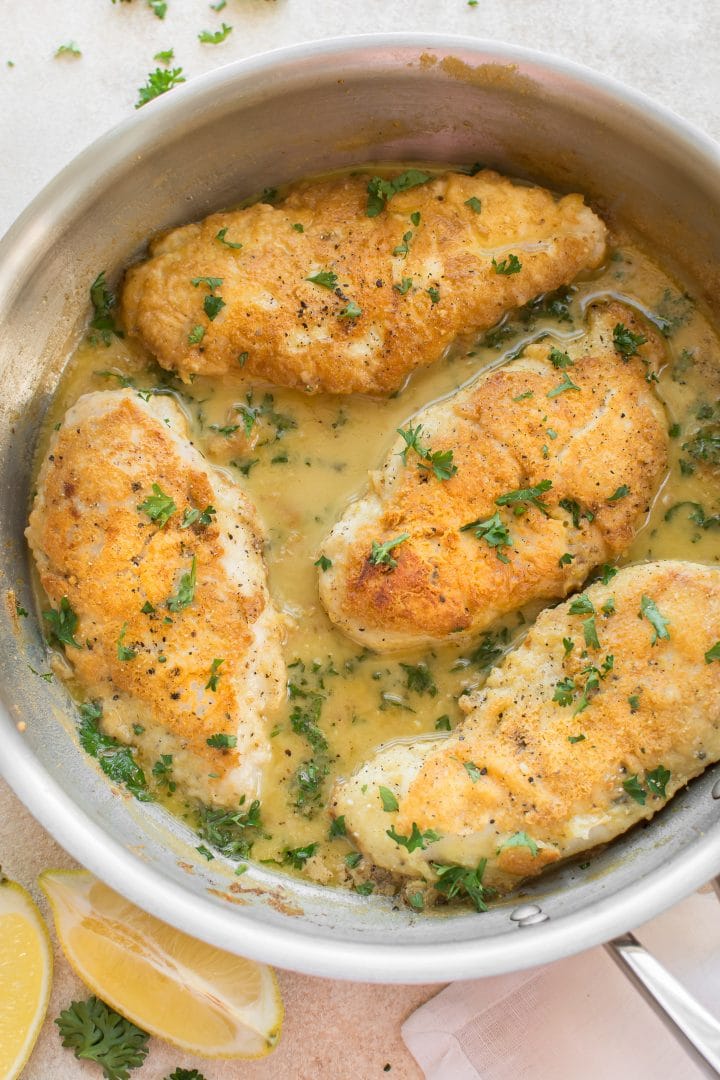 How to make Chicken Francese

Cut chicken breasts in half lengthwise; sprinkle them with garlic powder and salt & pepper. Dredge them in flour, followed by eggs, and then the grated parmesan cheese.

Cook over medium-high heat for 3-4 minutes until the parmesan crust is golden. Take chicken out of pan.

Add the sauce components and let the sauce bubble for a couple of minutes; add the chicken back into the pan and simmer until it's cooked through.

This dish makes really tasty leftovers, but it really is best served right away before that crust softens up too much.

Chicken Francese is ideal for a busy weeknight and is sure to become a family favorite. 🙂 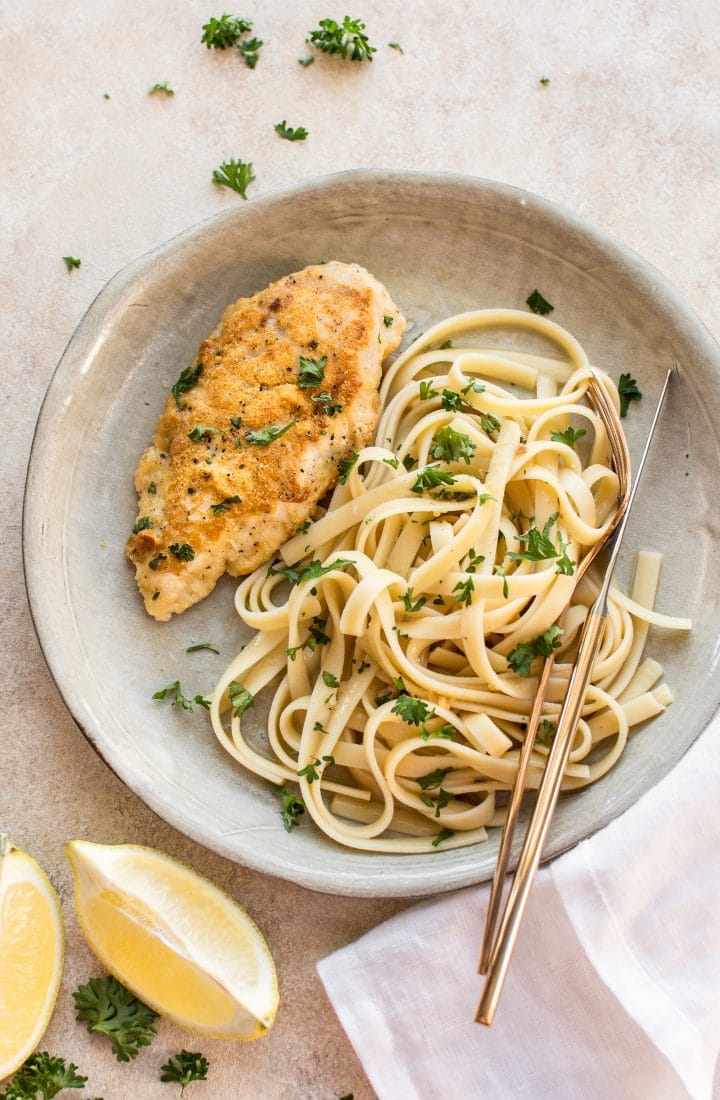 Funny story (ok, it's not hilarious or anything, or related to this Chicken Francese recipe).

I've been meaning to post a mashed sweet potatoes recipe because, you know, fall and Thanksgiving and stuff. The only sweet potatoes I could find yesterday were fairly pale, but I didn't think anything of it.

I cut into one today and I'm like "oh sh*t... they're not orange... they look like normal potatoes". So I do a little research and realized that there are different varieties of sweet potatoes. They aren't all orange.

Well color me surprised! You learn something new every day I guess.

What to serve with Chicken Francese?

Anyway, do you love lemon Chicken Francese as much as I do?

Tried it? Have questions?

Let me know in the comments below! 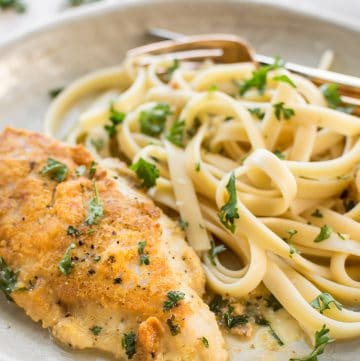