This creamy chicken tortilla soup recipe is flavorful, comforting, and comes together fast. It's ready in about 30 minutes! 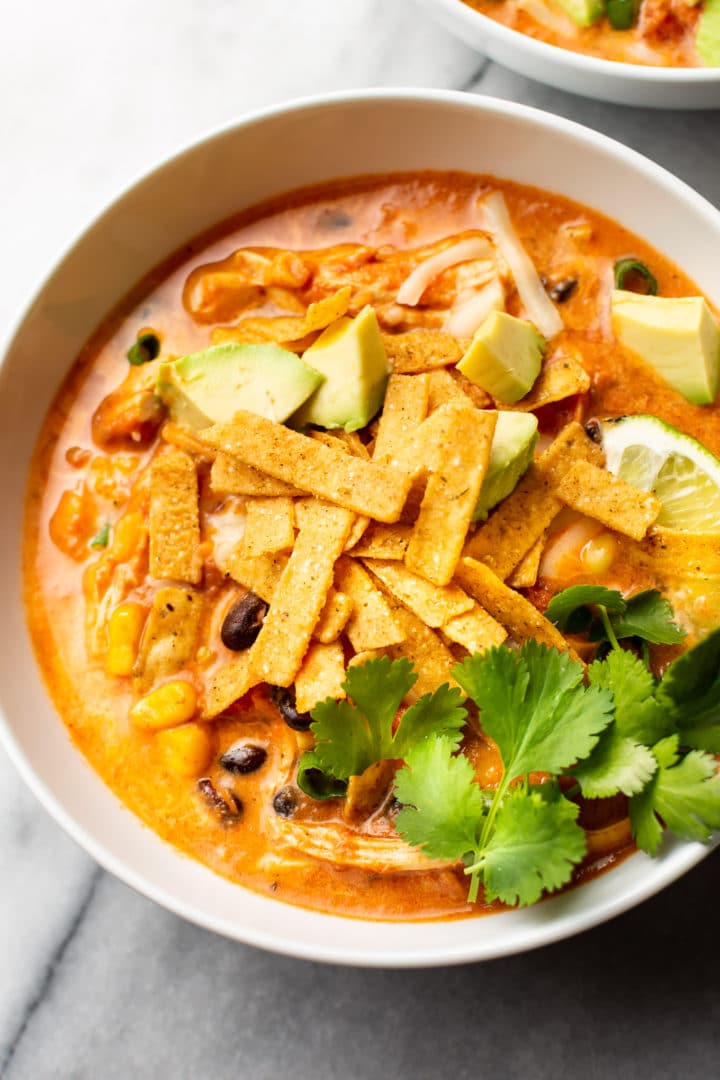 You may also like my Easy Chicken Tortilla Soup, this Mexican Chicken Soup, or my Creamy Chicken Taco Soup.

This Mexican-inspired chicken tortilla soup is a bit different than the traditional/typical version. I wanted to make a creamy broth that has a bit of thickness to it, so I used crushed tomatoes instead of the more commonly used diced tomatoes.

Heavy cream tones down the acidity of the tomatoes, and smoked paprika, chili powder, and garlic powder perfectly flavor the broth. Rotisserie chicken (or use any leftover cooked chicken) is stirred in right at the end to keep it from getting overcooked and drying out. Quick and simple! 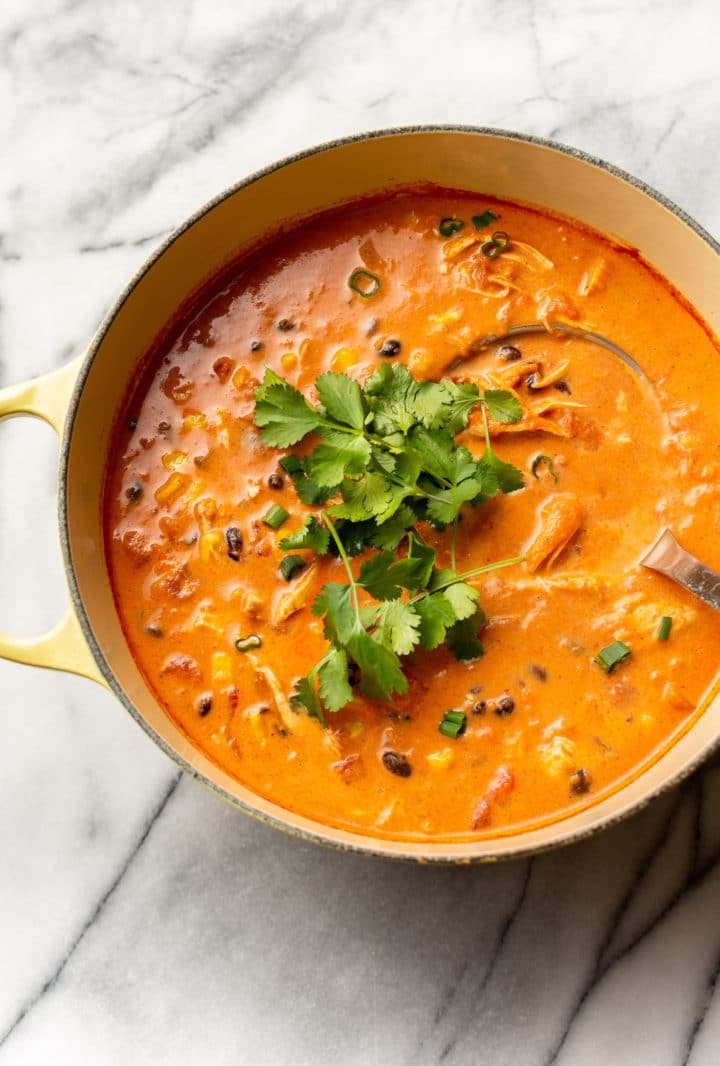 Sauté the onion in a soup pot until it's lightly browned, then add in the crushed tomatoes, Rotel diced tomatoes, and chicken broth, followed by the spices, corn, and black beans. Increase the heat and bring the soup to a boil, then simmer for 5 minutes. Use this time to prep the toppings. Stir in the chicken and cream and let it heat through for a few minutes. Season generously with salt & pepper, and serve each bowl with toppings as desired. 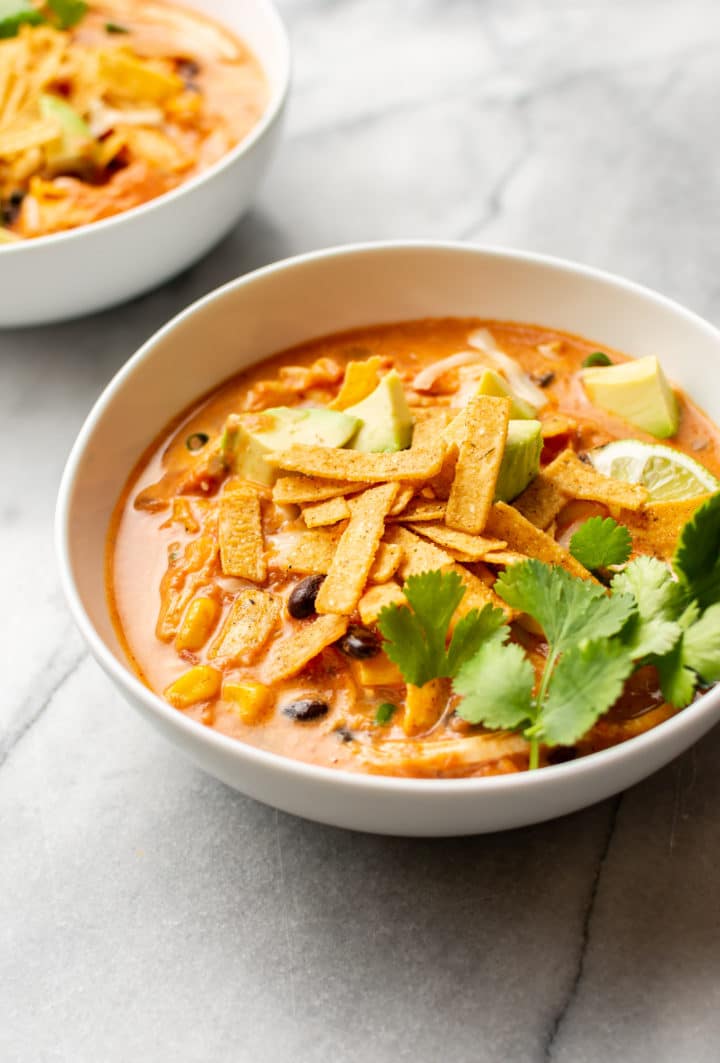 ...use any/all of these topping ideas!

Made this creamy chicken tortilla soup? Have questions? Leave me a comment/review below. 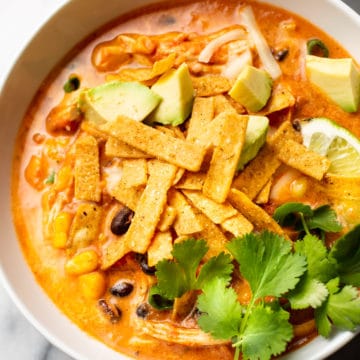