These Mexican stuffed peppers are a flavorful, filling, and inexpensive meal that make great leftovers and are sure to become a family favorite! 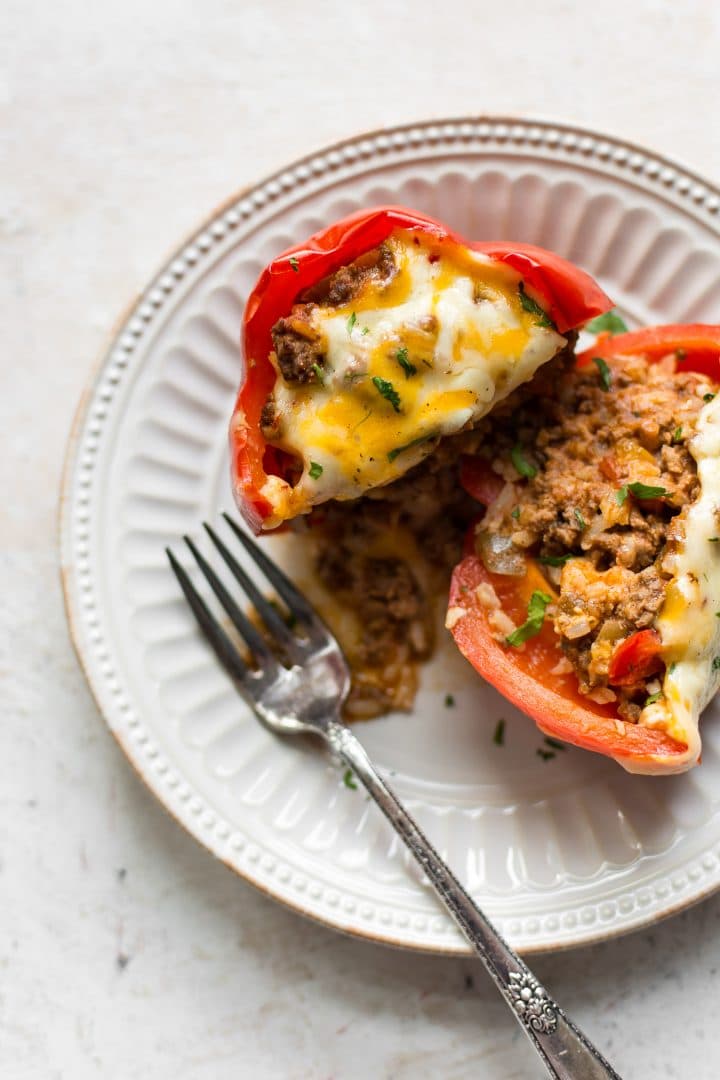 This Mexican-inspired recipe takes a bit longer to cook than many other recipes on my blog, but it's worth it. My husband devoured them, and they lasted for three meals for him. They're definitely a different type of recipe than I typically do for meal prep/leftovers. Variety is the spice of life, right. 😛

I did some research on how to make stuffed peppers the easiest possible way, with fewer steps and less "active" time. My technique most closely mirrors what The Kitchn (my go-to cooking resource) suggests. I like making the rice ahead so it's good to go when you need it for the peppers, but you can definitely make it before continuing with the rest of the recipe. 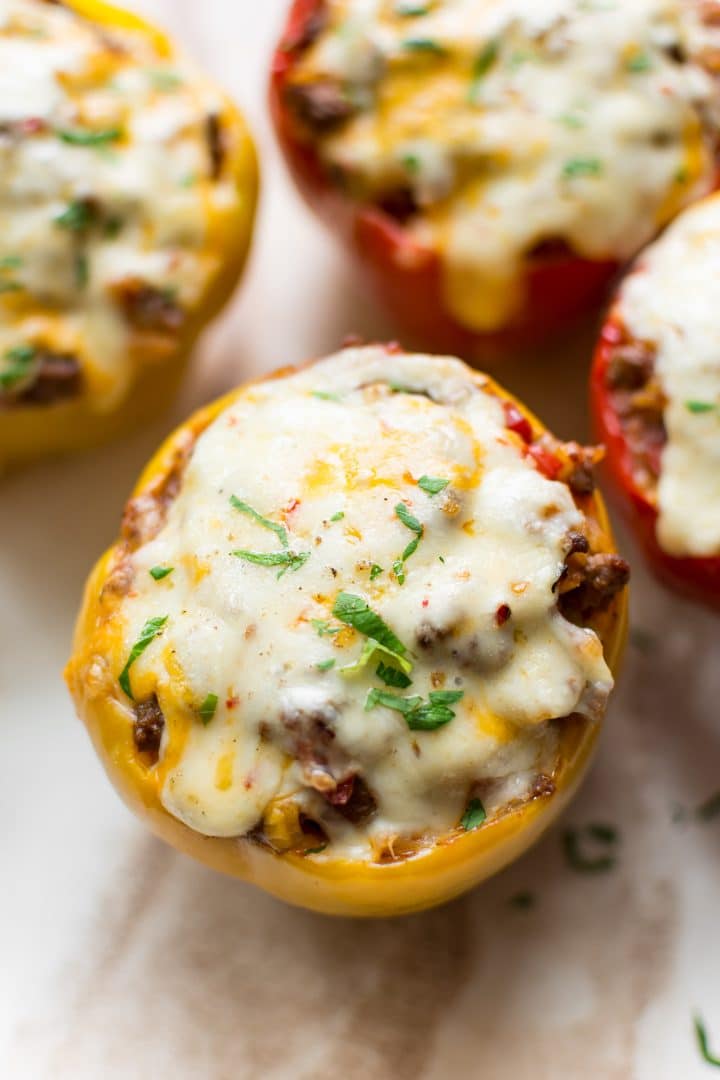 This recipe will make 6 fairly large bell peppers or 8 small-to-medium ones.

How to make Mexican stuffed peppers

That's the steps in a nutshell. Not too bad, right? More detailed instructions are in the recipe card below.

Pro tip: Feel free to add some extra ingredients like black beans, corn, or whatever you have in your fridge that you think will work in these stuffed peppers. I think they were invented as a way to use up stuff in your fridge (and leftover rice!).

I used Newman's Own Tequila Lime Salsa (that's my favorite).

Want to make these low-carb? Replace rice for cauliflower rice.

How to reheat stuffed peppers

Microwave your stuffed peppers for 3-5 minutes (microwaves can vary so check them as needed) or reheat the peppers in the oven (place them in a baking dish and cover it with foil) at 350F until the internal temperature of the peppers reaches 165F. It'll vary based on the size of the peppers and whether they're straight out of the fridge or not, but I'd check them after 20 minutes or so.

What to serve with Mexican stuffed peppers

I like to sprinkle some fresh cilantro over top. Sour cream or plain Greek yogurt make great toppings too, along with some chopped up scallions... or just eat them as-is. They're quite filling by themselves, so a side salad is always a good option if you don't want to serve them alone.

You may also like my taco casserole if you're into Tex-Mex flavors! 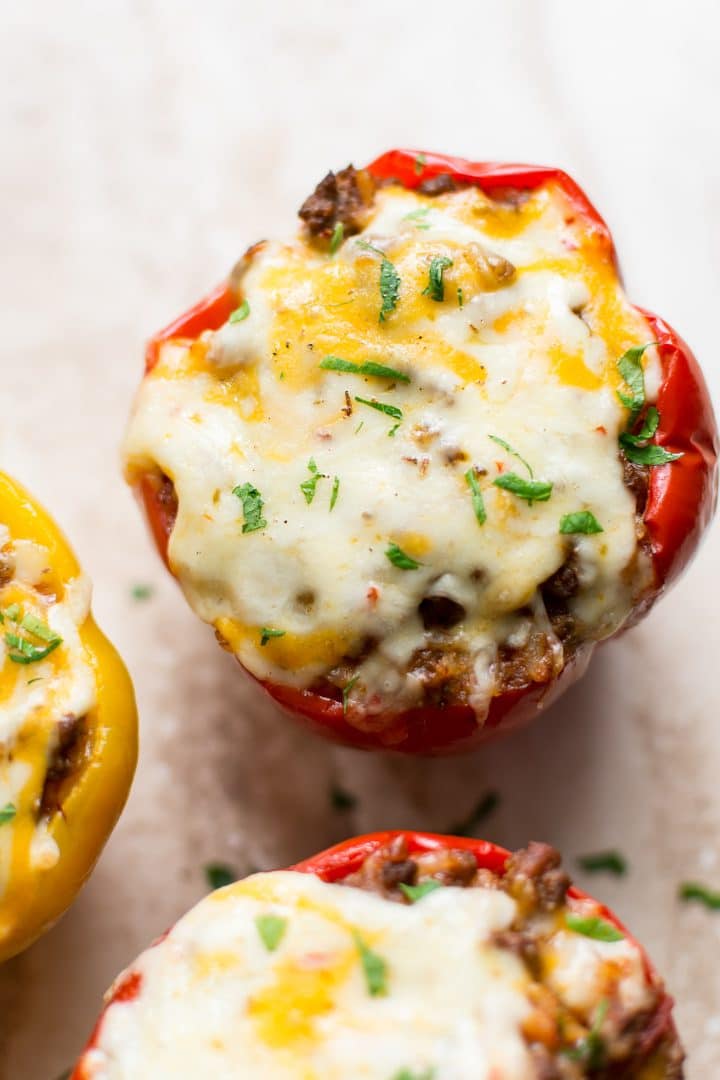 Do you ever make stuffed peppers? 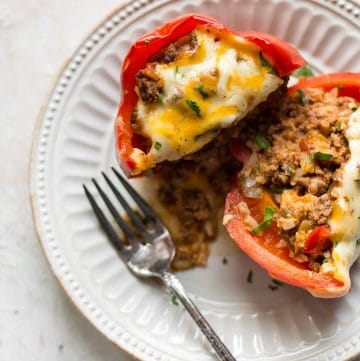