These sausage stuffed peppers are simple to make and packed with flavor from the Italian sausage, cheddar cheese, tomatoes, and garlic. They make a fun and colorful family meal! 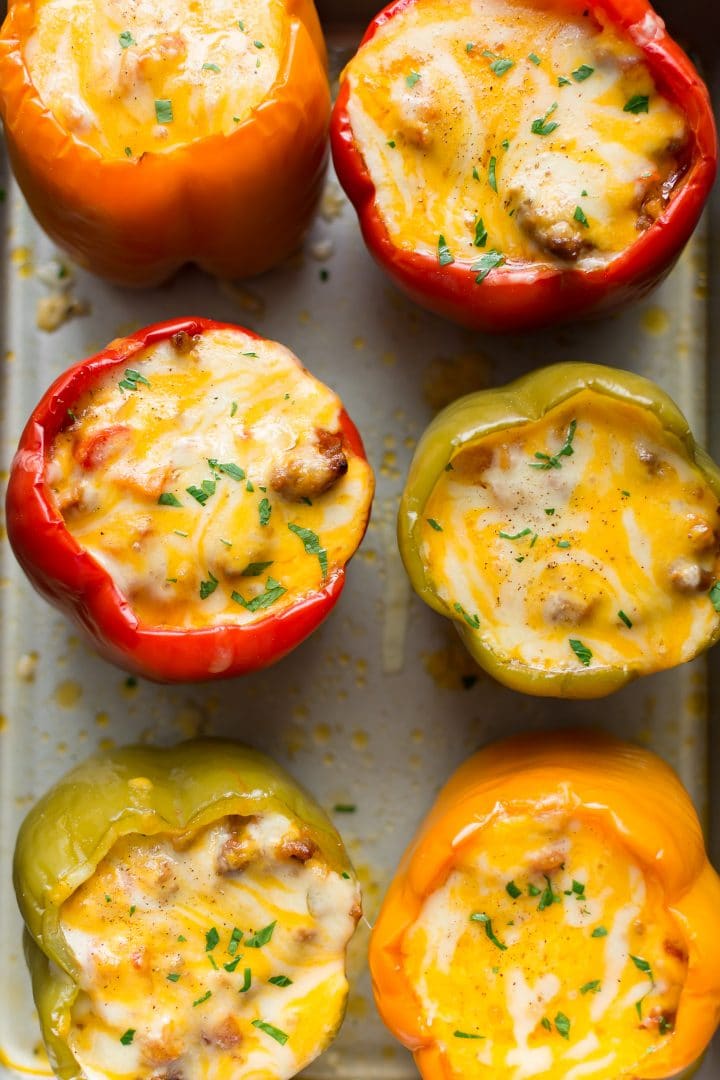 Back-to-school is nearly upon us, and I think in some places the kids have gone back already. If you're looking for something delicious for the upcoming cooler evenings, this recipe is one to try. You can't go wrong with cheese and sausage meat. And this is a sneaky way to incorporate those vegetables. 😉 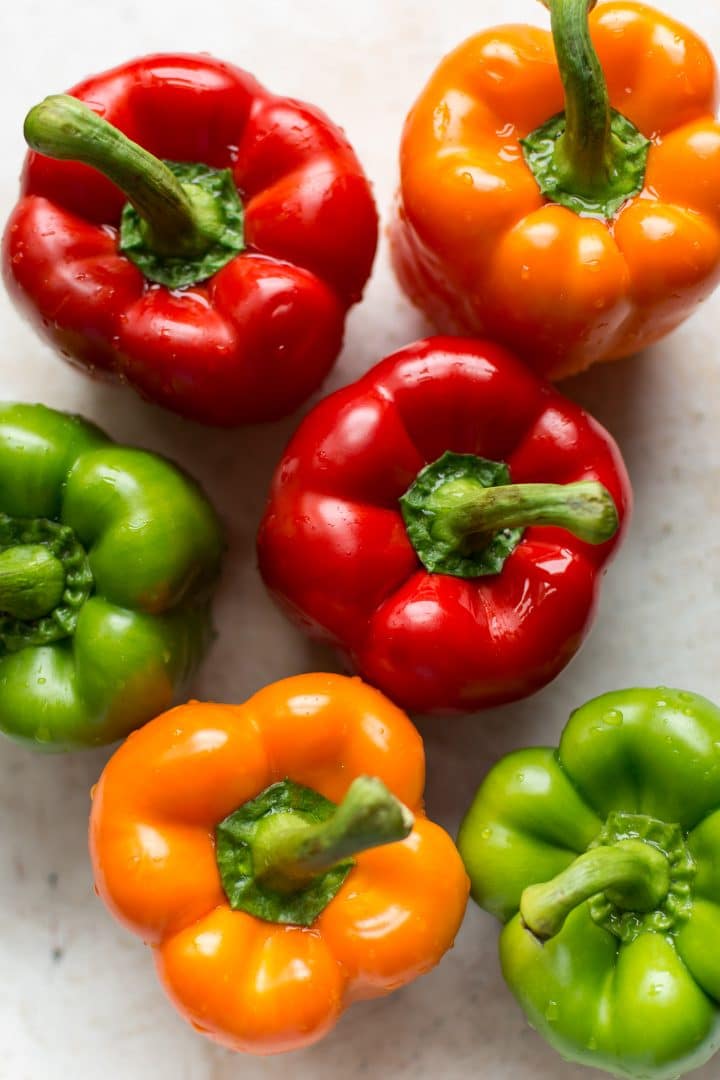 This recipe will make 6 fairly large bell peppers or 8 small-to-medium ones.

How to make sausage stuffed peppers

Pro tip: Want to make this dish spicy? Use hot Italian sausage meat or add 1/2 teaspoon of cayenne pepper to the mix.

I'd serve these stuffed peppers with a salad - they're pretty filling on their own. 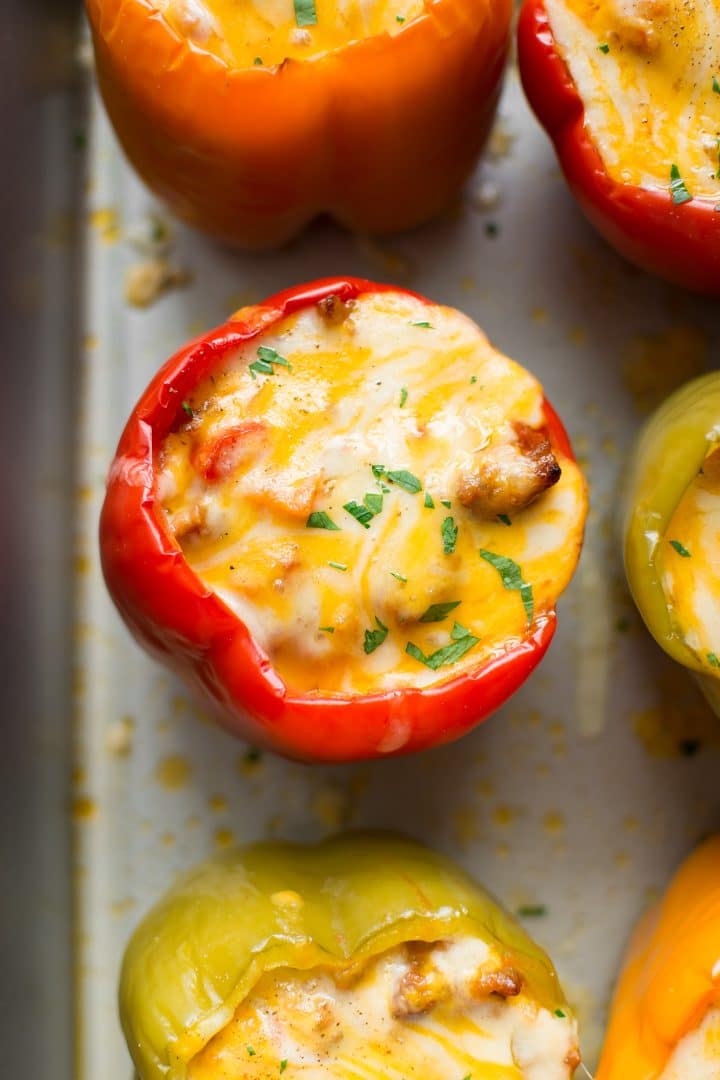 How to reheat stuffed peppers:

Microwave the stuffed peppers for 3-5 minutes (microwaves vary so check them as needed) or reheat them in the oven (place them in a baking dish and cover it with foil) at 350F until the internal temperature reaches 165F. It'll vary based on the size of the peppers and whether they're straight out of the fridge or not, but I'd check them after 20 minutes or so. 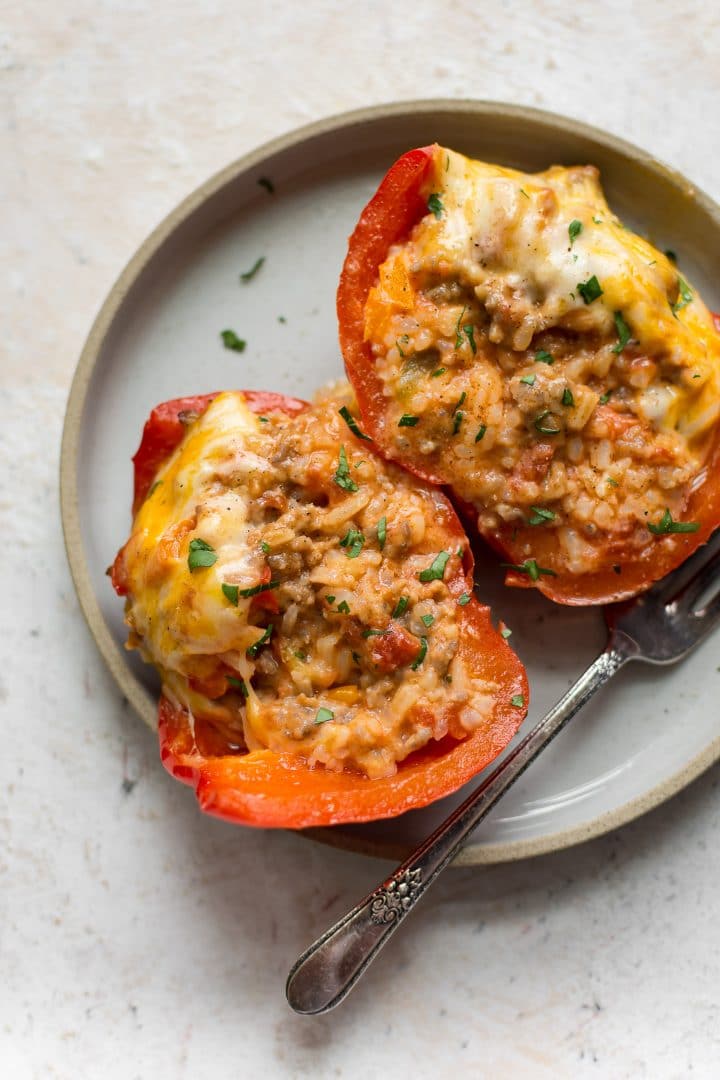 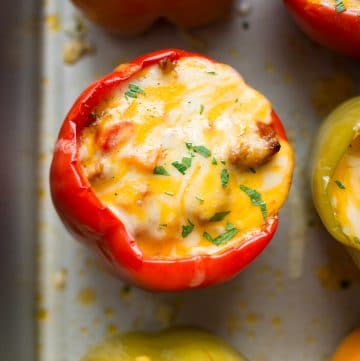