Pan-fried sausage and potatoes is an easy one-pan meal made with only a handful of ingredients. Pesto adds a delicious herby parmesan flavor to this skillet! 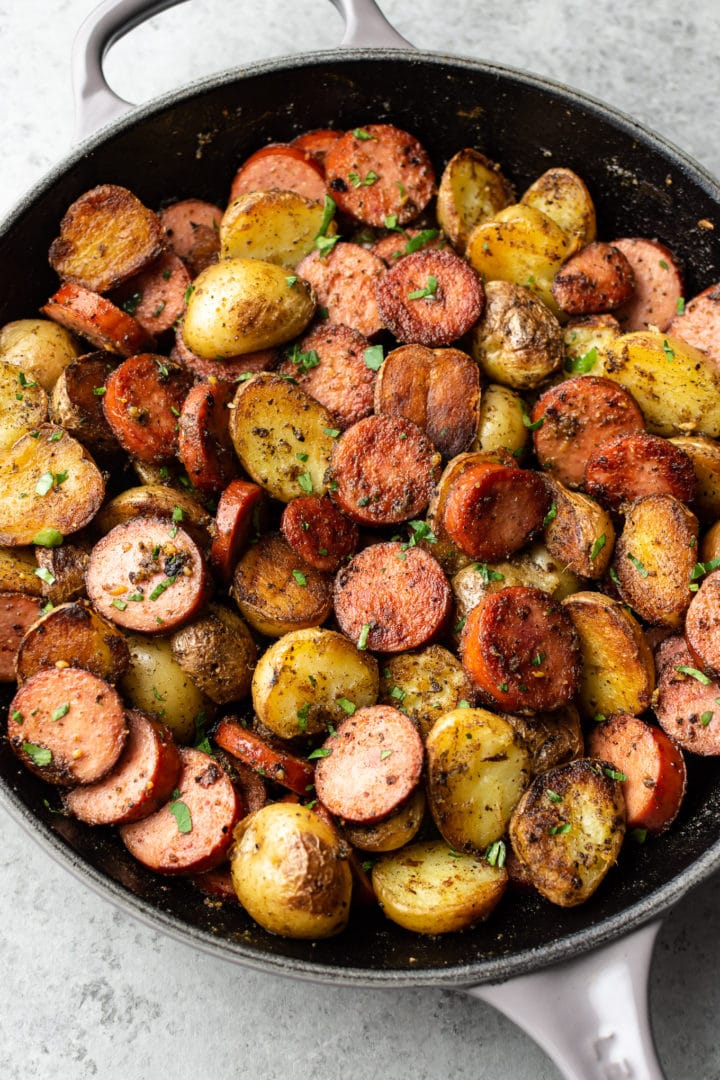 This sausage and potatoes skillet is a simple and rustic comfort food meal. There's nothing fancy about it, but sometimes you just want some fried potatoes and sausage.

This type of dish is right up my husband's alley, and he loooved it. I packed it up for his work lunches, and he told me that he was trying to figure out what exactly I put in it to make it taste so good. I told him I used jarred pesto! So, the pesto flavor in here isn't overwhelming. You can always add more, but I wanted to add just enough to give it an extra little something-something.

The key thing about this recipe is to boil the potatoes first. I didn't want this step to be a total inconvenience, so I figured out a way that this can be done in the same skillet that's used to fry everything up. 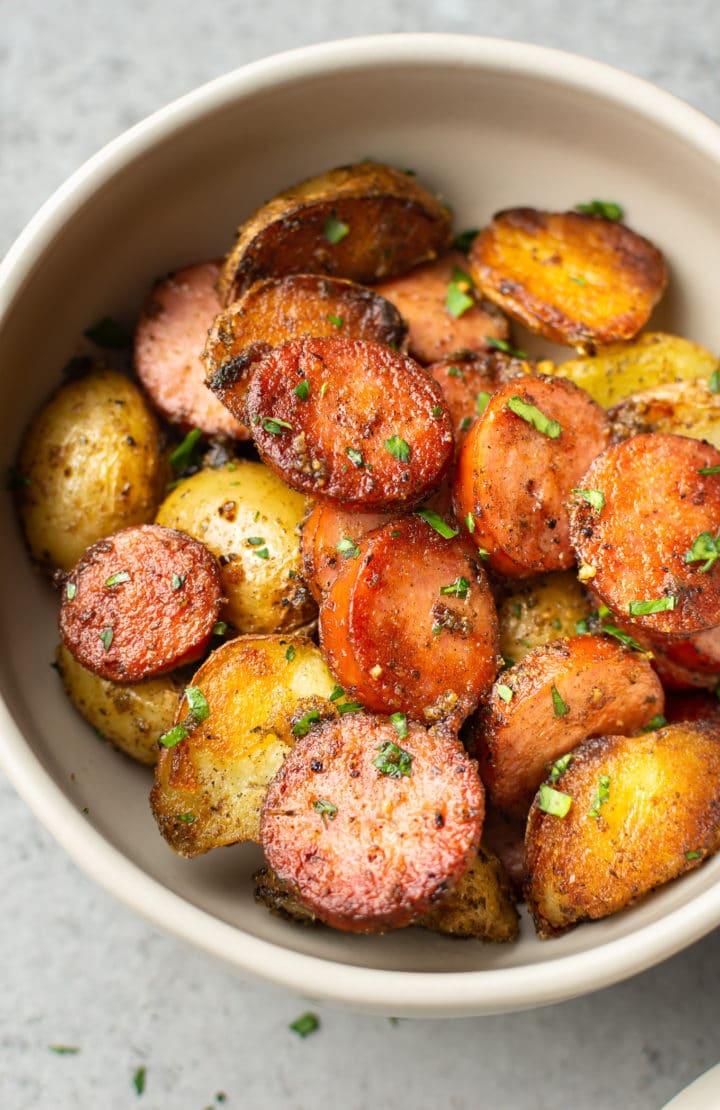 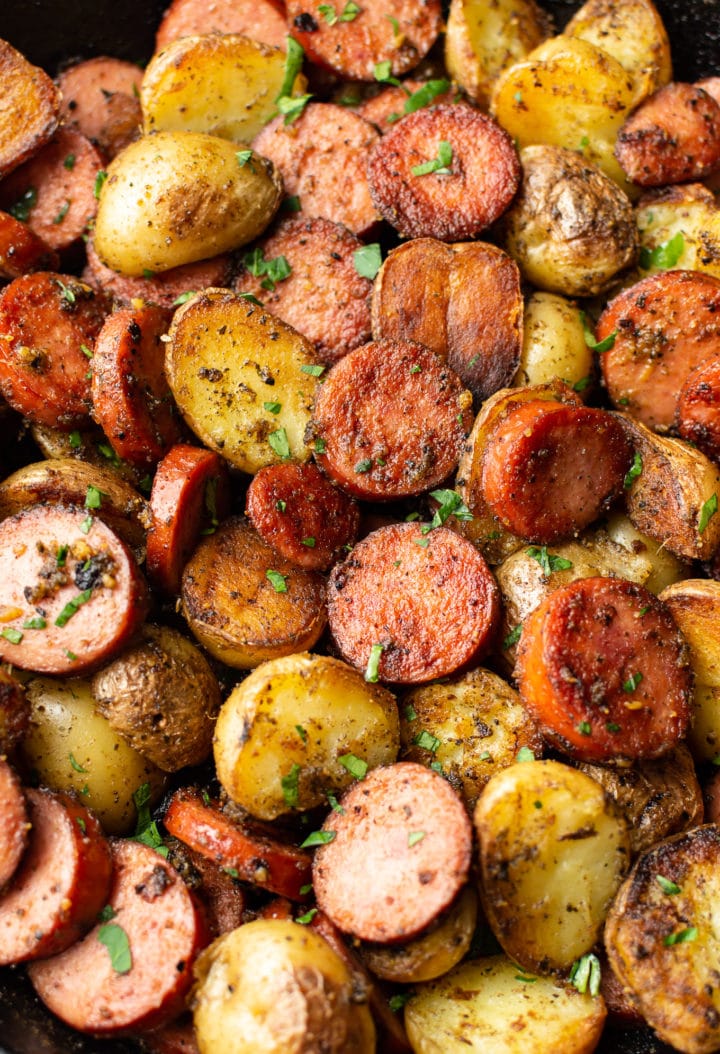 Other sausage recipes to try: 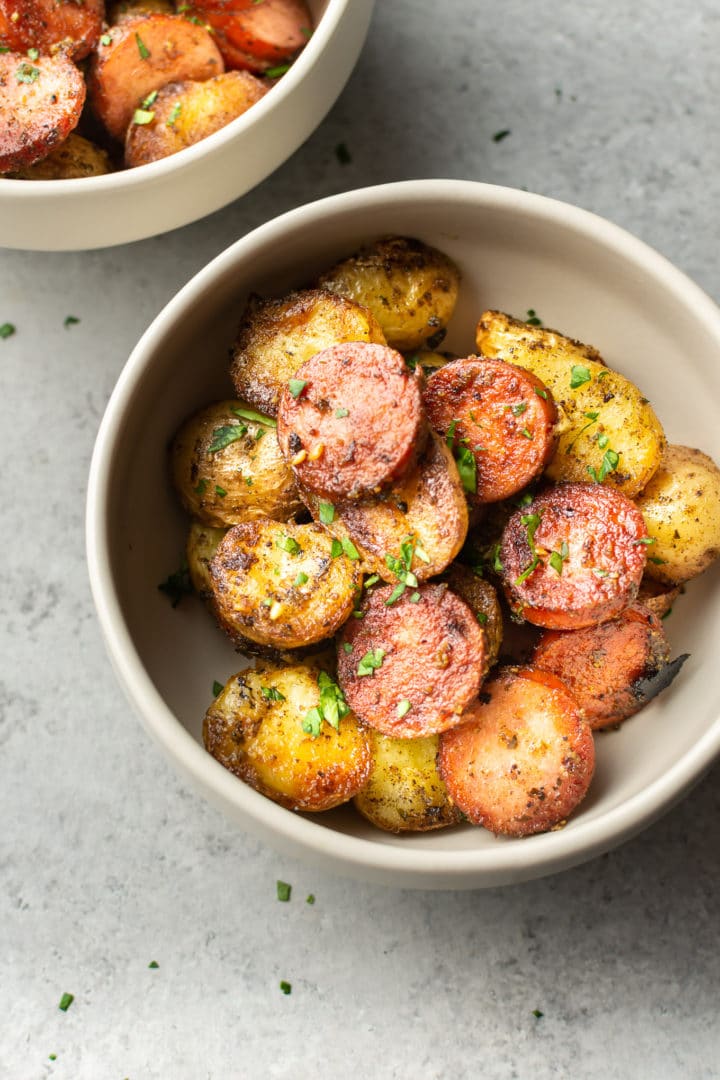 Made this sausage and potatoes recipe? Questions? Talk to me in the comments below!