This bratwurst soup is loaded with potatoes, veggies, and a flavorful broth. It's simple to make, and you can definitely clean out the fridge with this recipe!

You might also enjoy this Ultimate Beer Cheese Soup recipe for another cozy soup. 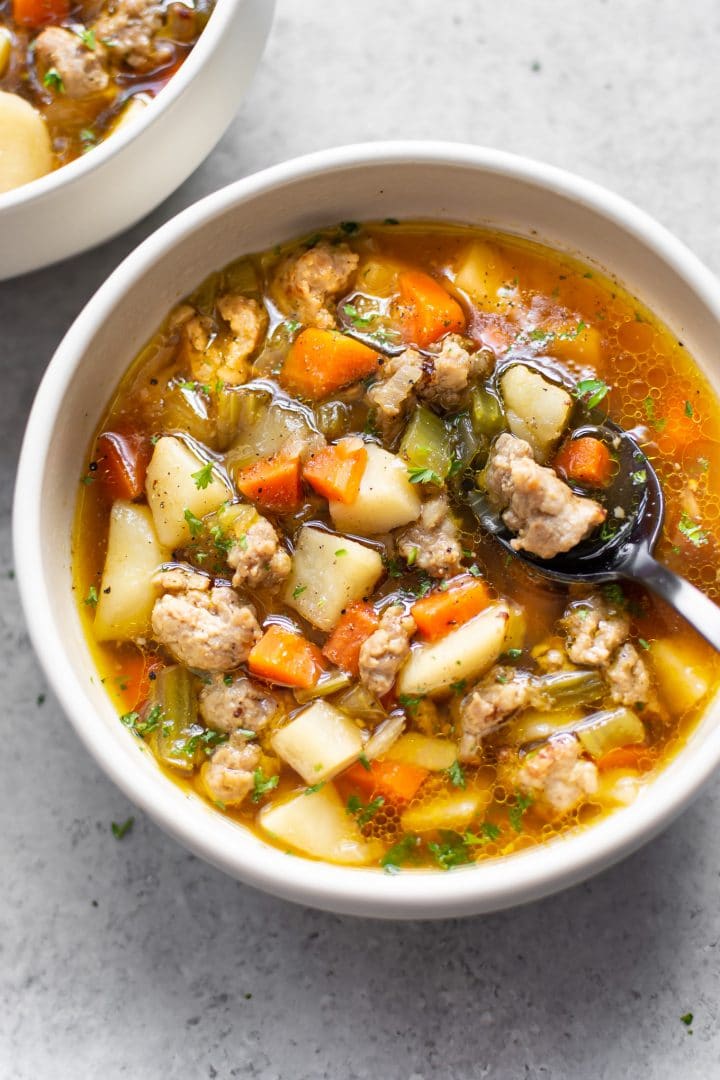 This bratwurst sausage soup is very forgiving. You could throw in other veggies that you need to use up. Kale or spinach would be delicious in this soup too. If you wanted to give it a bit of a German feel, throw in some sauerkraut!

I love brats, and I often buy them. These days I keep some in my freezer as well. I find sausages so comforting, and you can use them in everything from pasta to soups. If you're looking for an easy soup with bratwurst sausages, I'd give this a try. You could even use leftover brats that you've grilled. Just cut them up and throw them in the soup.

I like to brown the sausage pieces as much as I can (without burning them of course) to eke out as much flavor as possible. 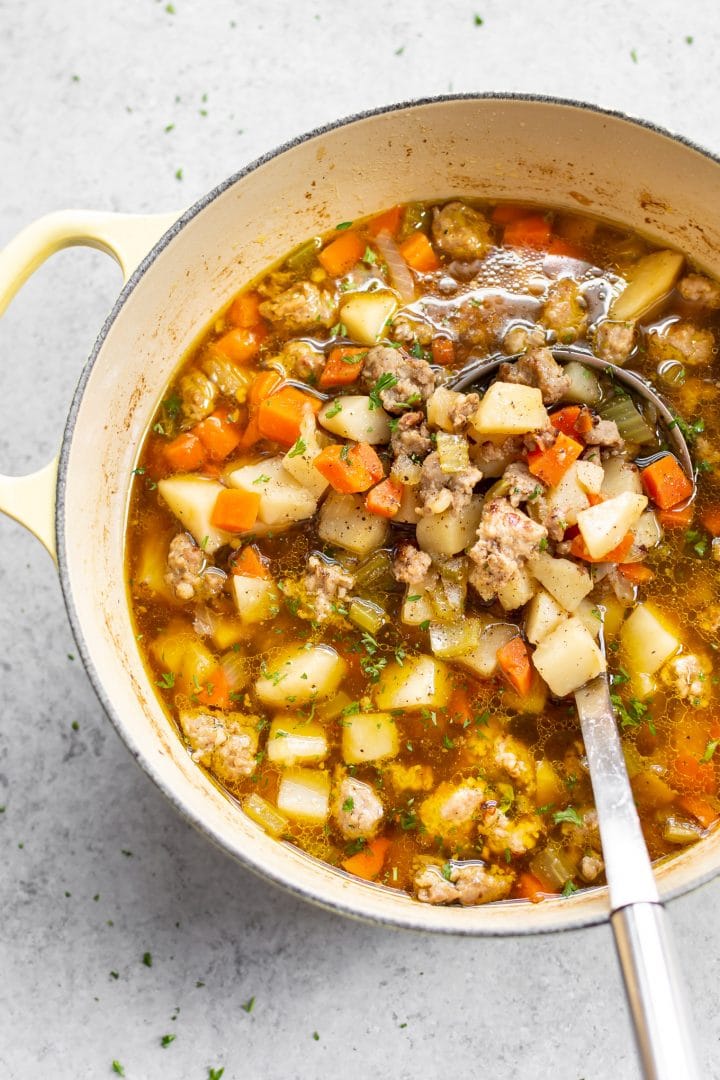 This soup is actually fairly healthy, but it's also nice and filling and cozy and warming.

Other delicious sausage recipes to try: 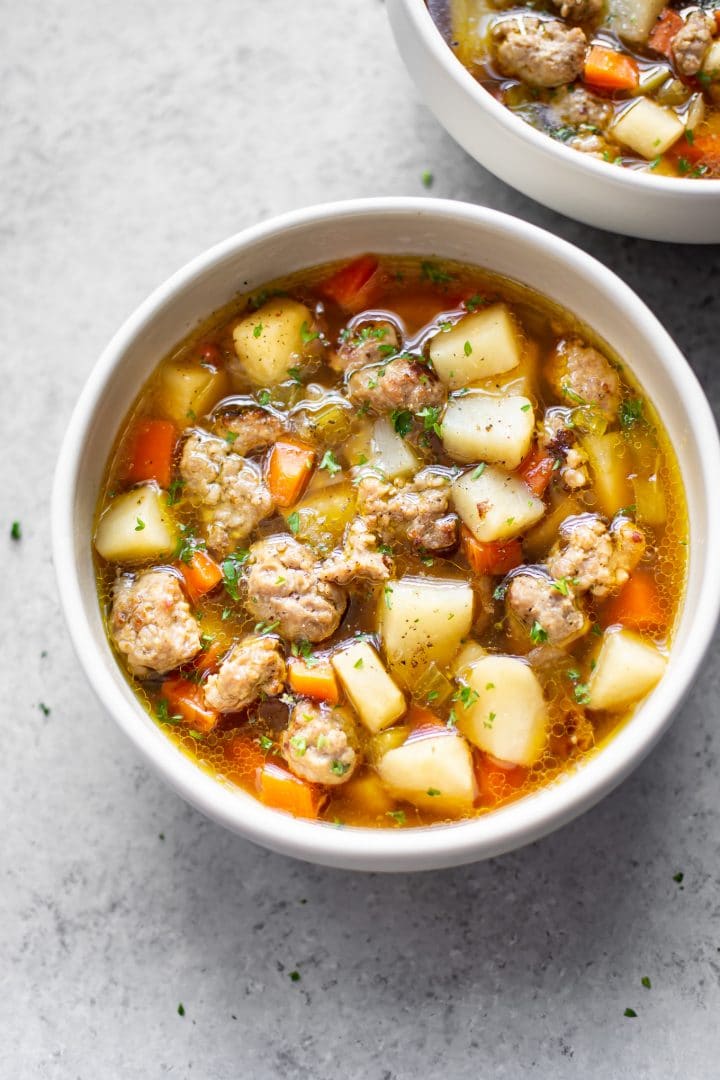 Will you make this brat soup?

Questions? Let me know in the comments below! Made this recipe? Tag me #saltandlavender on Instagram. 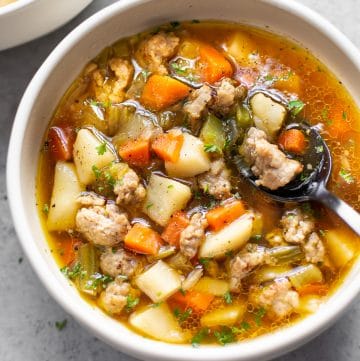 This bratwurst soup is loaded with potatoes, veggies, and a flavorful broth. It's simple to make, and you can definitely clean out the fridge with this recipe!
5 from 4 votes
Print Recipe Pin Recipe Save Saved!
Prep Time 10 mins
Cook Time 35 mins
Total Time 45 mins
Course Soup
Cuisine American
Servings 6
Calories 398 kcal
Prevent your screen from going dark