This chicken bacon spinach pasta recipe is fast, easy, and delicious. Crispy bacon and tender chicken take this weeknight recipe to the next level! 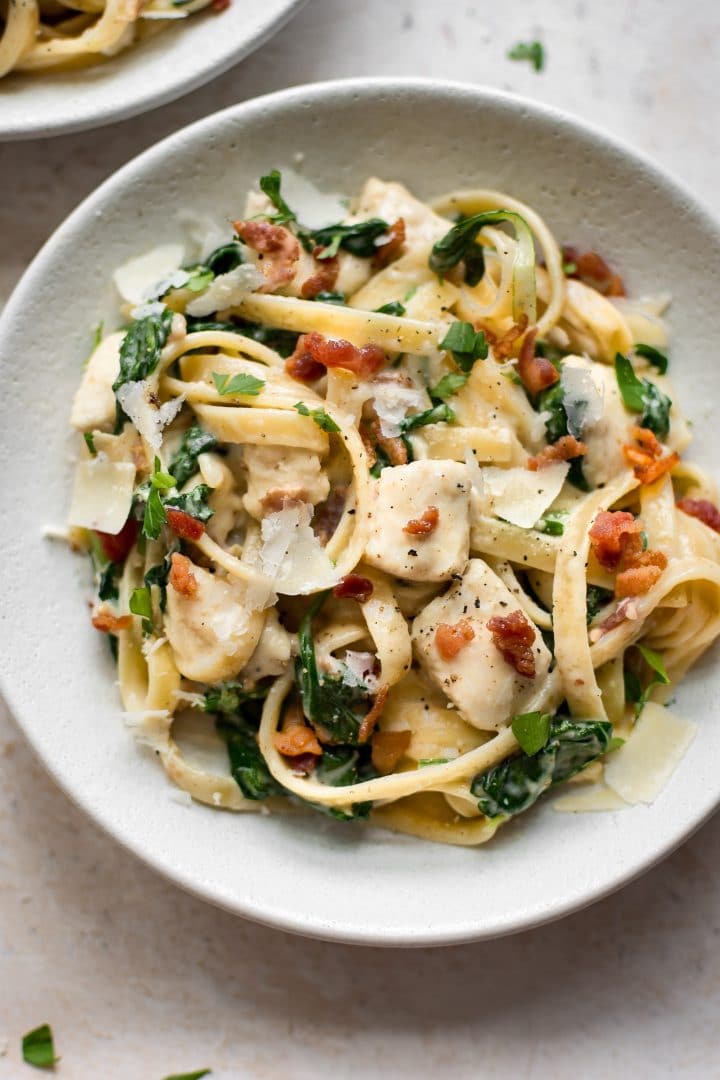 Since this pasta already contains bacon, I decided not to go too decadent on the sauce. Yeah, it has some cream, but less compared to many other creamy recipes.

And the spinach may not balance the calories out, but it does add a nice pop of freshness that's often lacking in creamy pasta dishes. 😉

Ah pasta. The perfect comfort food year-round. I've got so used to making soups for the blog this past few months that I'm kinda lost on what to make these days! I'm thinking more pasta. 😛

Mind you, I won't be missing the cold weather. Soups are good year-round IMO. But I know I need to branch out. 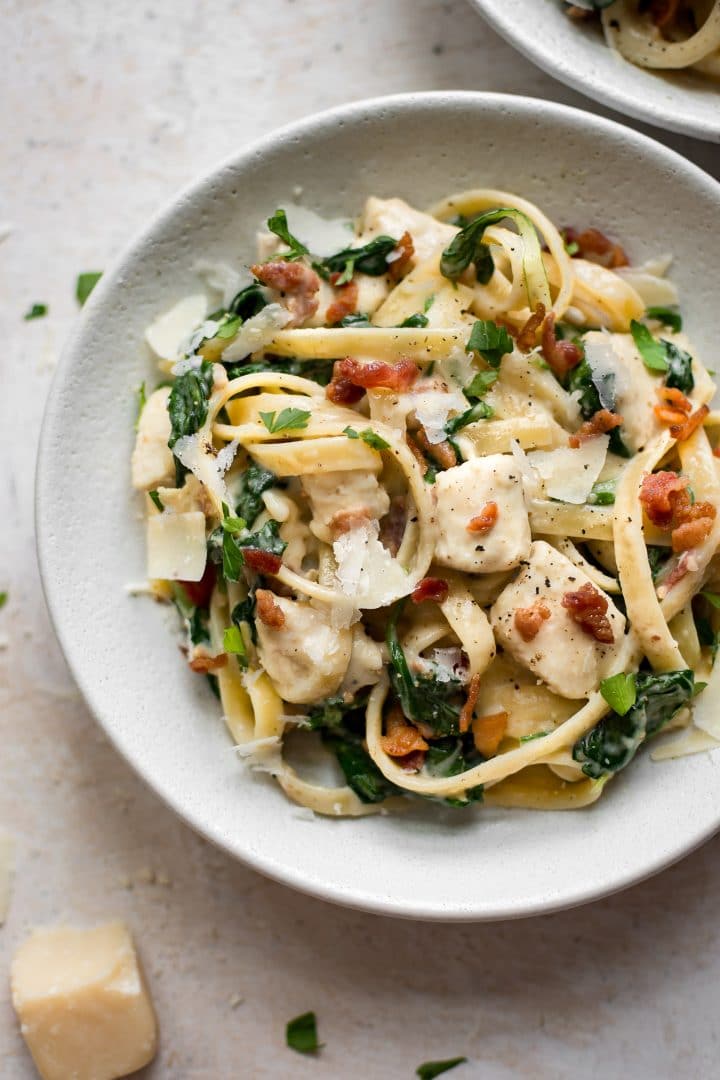 This pasta with bacon and spinach is pretty easy to make. You first cook the bacon, then take it out of the pan, and then cook the chicken partway. You then start the sauce, add everything back in, and a few minutes later you've got pasta perfection. I add the spinach in right at the end - just enough for it to wilt a bit.

Pro tip: You can save some of the bacon pieces to top it with like I did for the photos if you wish.

The longer pasta shapes (fettuccine, linguine, etc.) are having a moment for me, so that's my preference, but realistically, anything you have in your pantry will do just fine.

If you're into these flavors, you may also like my simple chicken spinach pasta, bacon cream cheese tortellini, this Tuscan chicken pasta, this creamy balsamic chicken bacon mushroom pasta, or my creamy chicken bacon gnocchi. 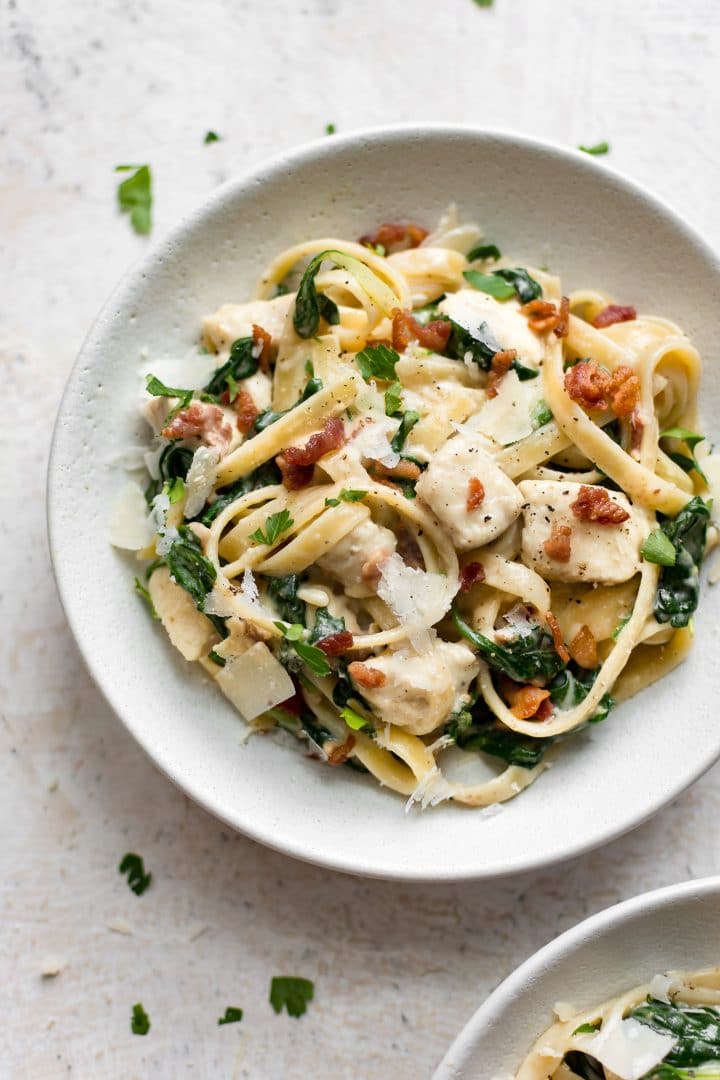 I hope you'll like this easy chicken pasta recipe!

Questions? Don't hesitate to ask me. 🙂 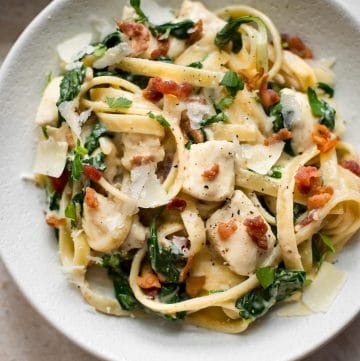