This Crockpot cabbage soup is hearty, warming, and packed with flavor! Throw everything in the slow cooker, and you'll come home to a piping hot bowl of delicious soup. 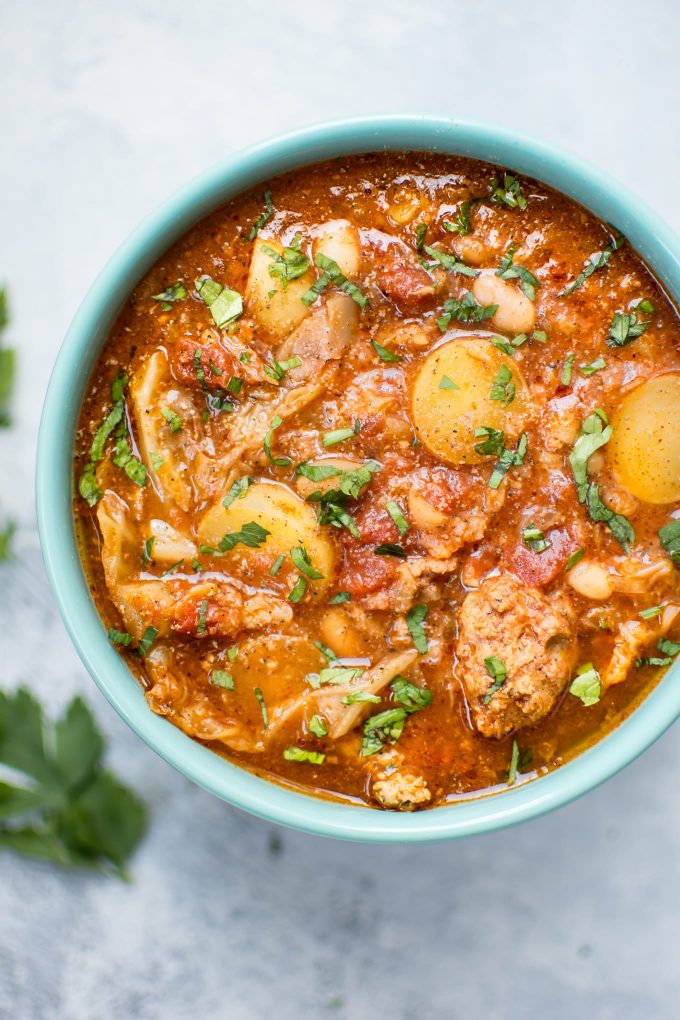 This slow cooker cabbage soup has pork sausage, white beans, little potatoes, a small head of cabbage, tomatoes, and an assortment of spices to make it wonderfully comforting and tasty.

My mom is Czech and I grew up with her wonderful cabbage soup recipe that had pieces of pork and a bit of sour cream in it to give it some tang. I still love that soup.

I guess maybe it's an eastern European thing to cook with a lot of cabbage?

This healthy Crockpot cabbage soup certainly isn't any kind of detox soup, but it is really tasty and not bad for you.

It has similar ingredients to the cabbage rolls that so many people (Polish or not) enjoy. 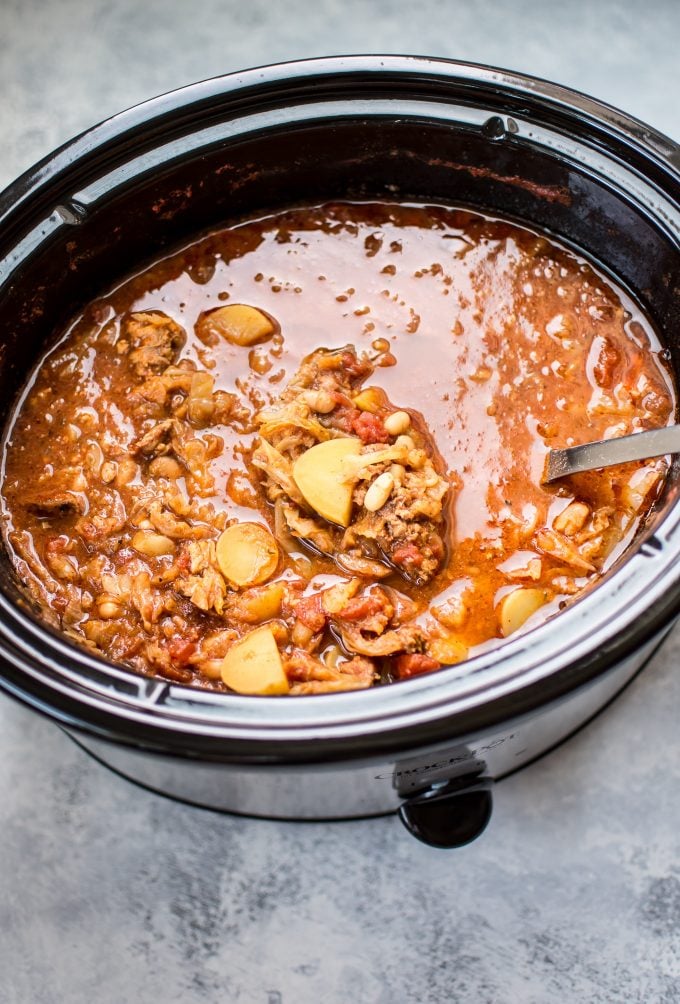 I've been using my Crockpot quite a bit lately. Recently I made a Crockpot vegetable curry and my tasty Crockpot turkey chili recipe. It seems like whenever cool weather hits I gravitate towards my slow cooker. Hopefully you guys do too and you're enjoying these recipes. 🙂

We've had some interesting weather lately... it actually SNOWED on Sept 18.

Yes, I live in Canada, but I don't live near mountains or anything, so that was a bit weird and depressing. Thankfully we have had some nicer weather since, but there's definitely a chill in the air... especially in the mornings.

Something about crisp September/October weather will always make me think of how I felt when I went back to school. I finished university almost 10 years ago now (yikes), but that back-to-school feeling I had since I was a kid will never go away. 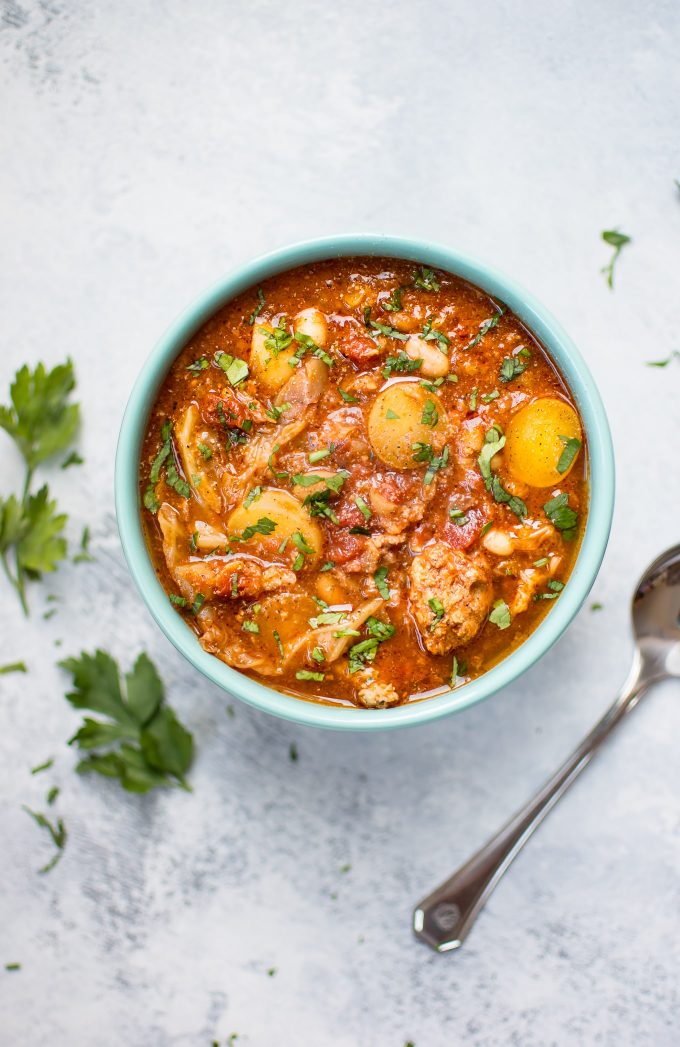 Anyway, I wanted to come up with a slow cooker soup this time. I made sure to add a lot of good stuff in here, but like any good Crockpot recipe, it isn't complicated at all.

Lately I've been putting the Crockpot recipes on before bed on Friday evenings so I can photograph them on Saturday mornings.

It's strange waking up in the middle of the night and wondering what the heck is cooking haha.

My husband really liked this one. He runs on Saturday mornings and actually came back and had a bowl of this. For breakfast. 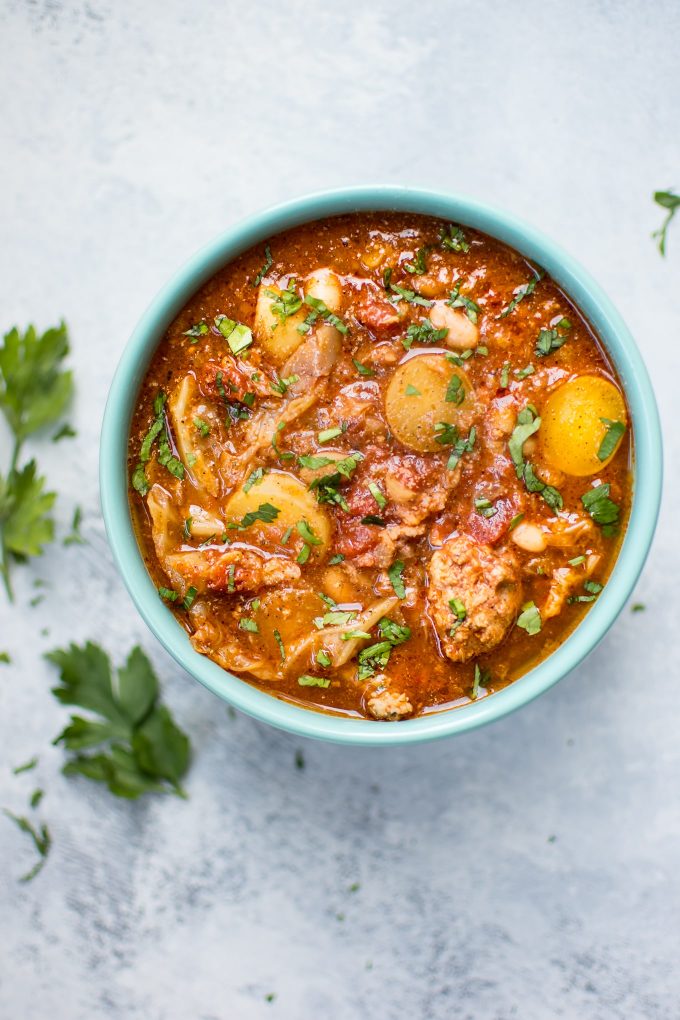 Questions? Ask me in the comments! 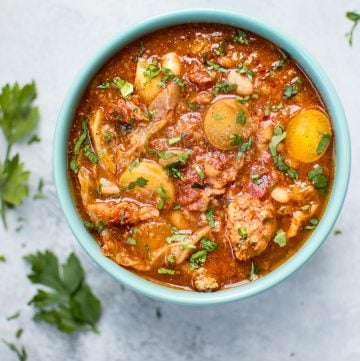