This soup is simple to make and doesn't use a ton of ingredients. It's also dairy-free, so if you're looking for a soup that's super comforting without any added milk or cream, you've found the right recipe. 🙂

I wanted to make a hearty white bean soup since it's been a long time since I've made one for this website (the last one was my Ham and White Bean Soup back in 2017... yowza). This one ended up reminding me a lot of Zuppa Toscana, actually (the famous Olive Garden soup with sausage, bacon, kale, and potatoes). Chances are that you will like this soup if you like that one! 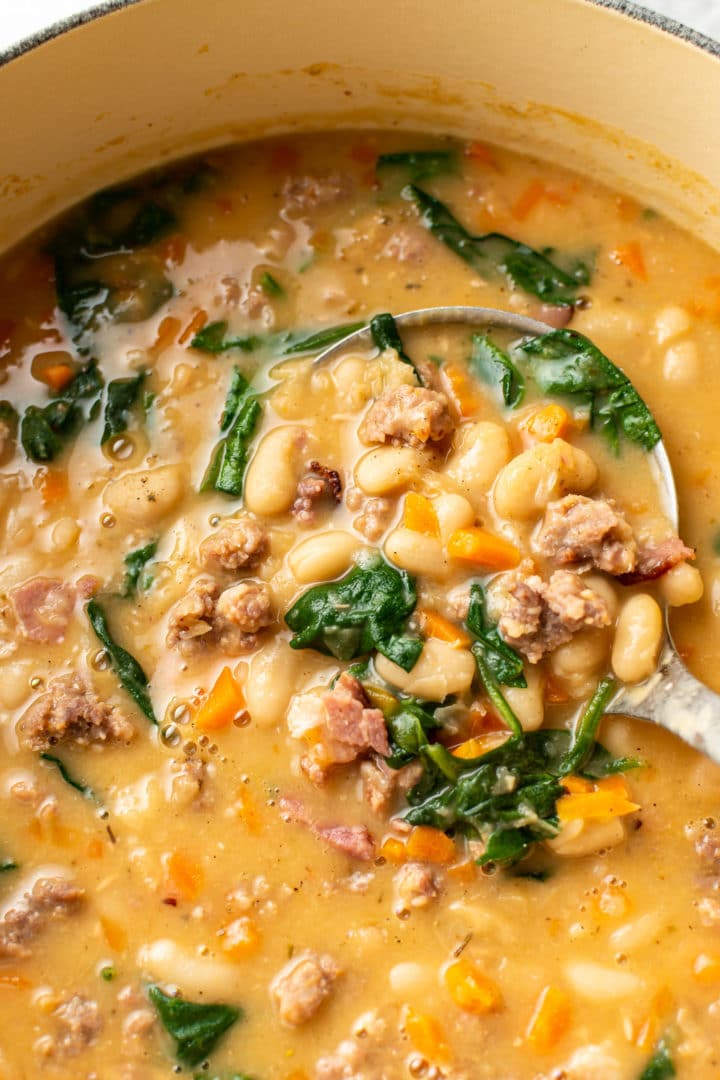 Will you make this Italian sausage white bean soup? Questions? Talk to me in the comments below! 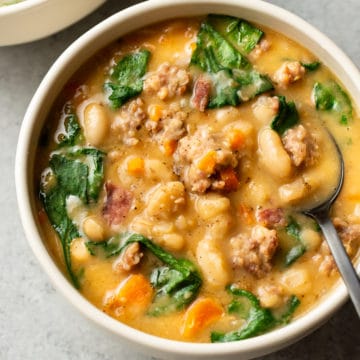