This ham and corn chowder recipe is loaded with potatoes, bacon, and plenty of corn! It's creamy, comforting, and easy to make. 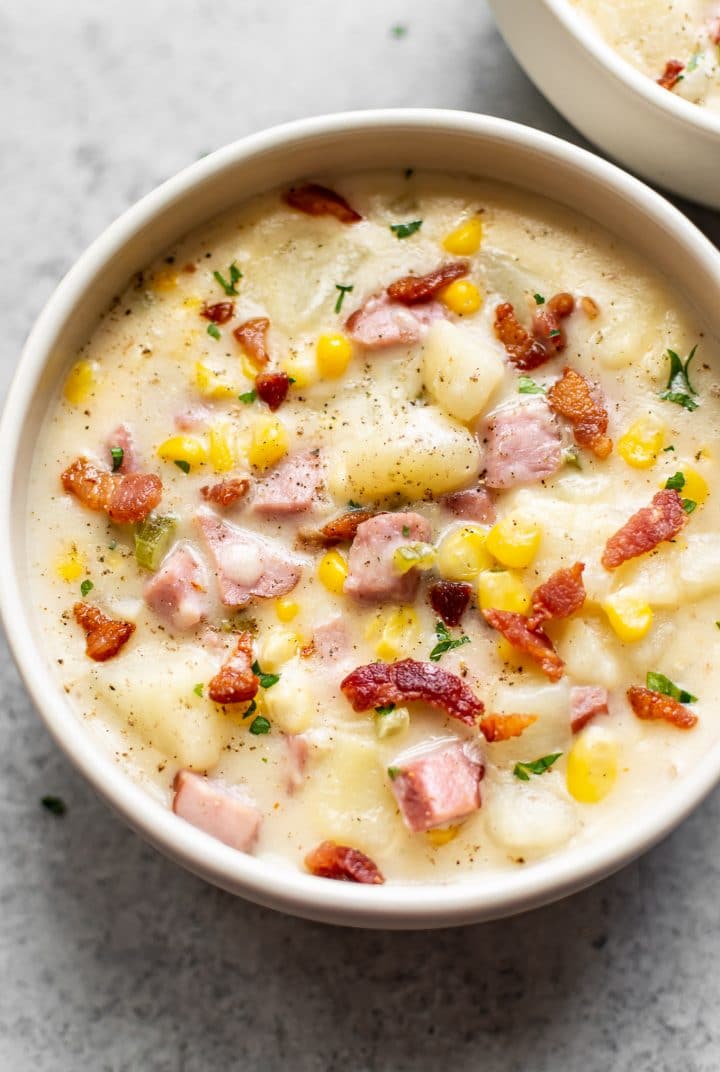 This corn chowder with ham is made from everyday ingredients. Bacon, onion, celery, and garlic infuse a ton of flavor. The flour and potatoes thicken the soup and make it hearty. Italian seasoning and a pinch of cayenne pepper (optional - it doesn't make it spicy but it adds a little something-something) punch up the taste even more. And cream gives it that signature silkiness.

This is one of those recipes that's great for leftover ham from Easter or Christmas, but you can also just buy a piece of ham and cut it up like I did. You can find smaller pieces of ham (like around 1-2 pounds) in most major grocery stores. 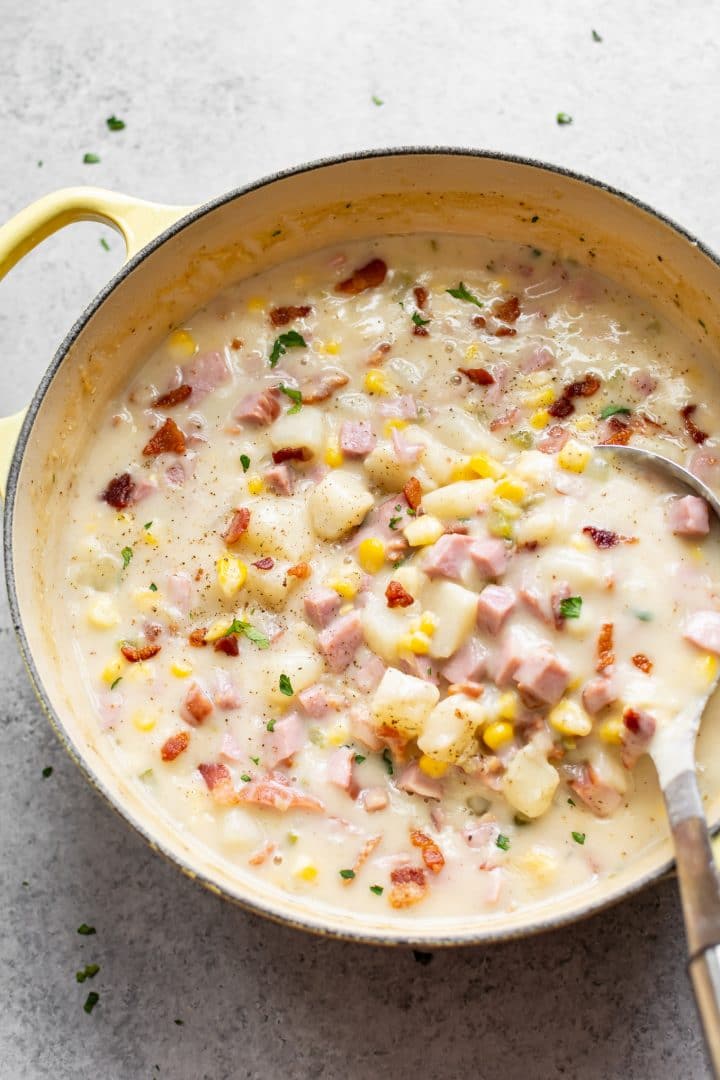 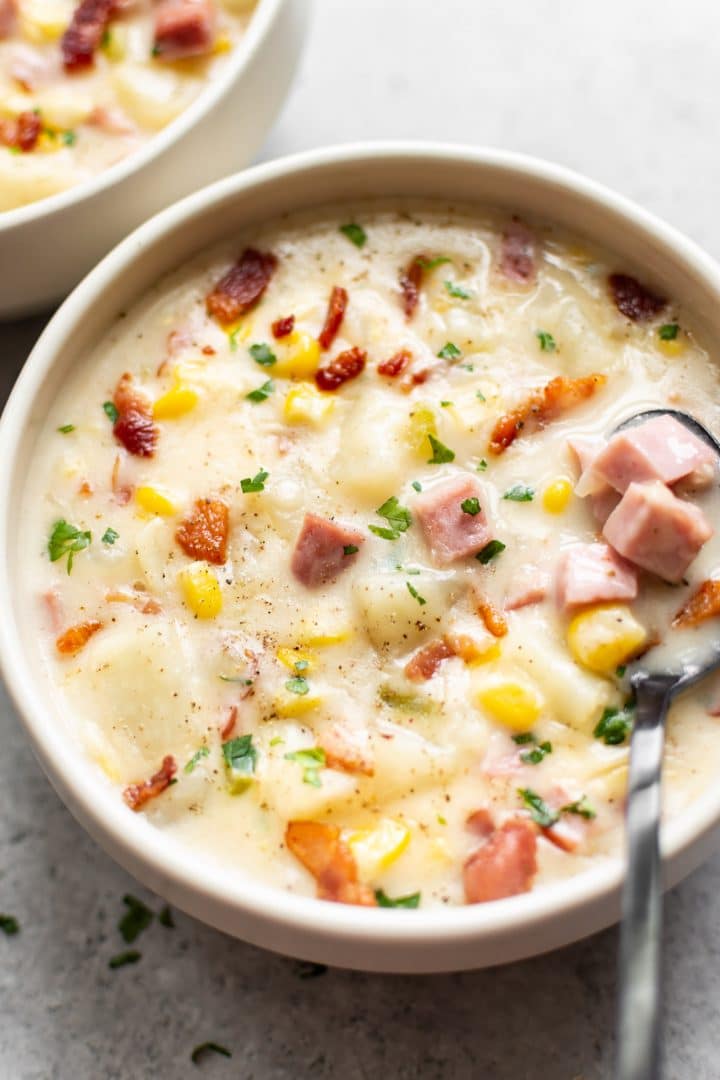 I hope you'll love this satisfying soup recipe! It really warms you up and sticks to your ribs. 🙂 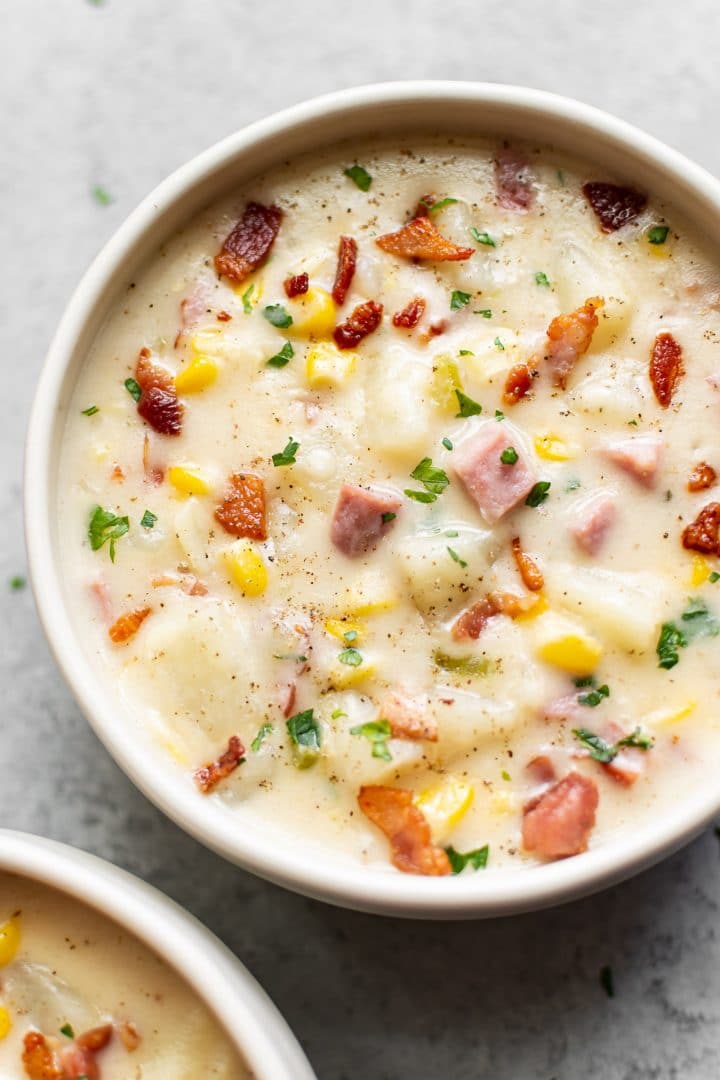 Questions about this corn chowder recipe with ham and potatoes? Made it? Leave me a comment below!

Tag me #saltandlavender on Instagram if you've made any of my recipes so I can see your creations. 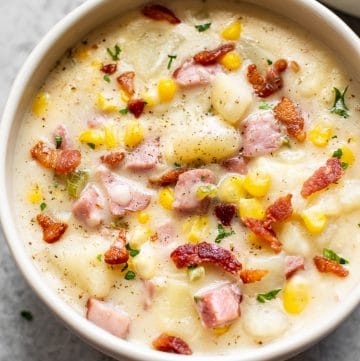